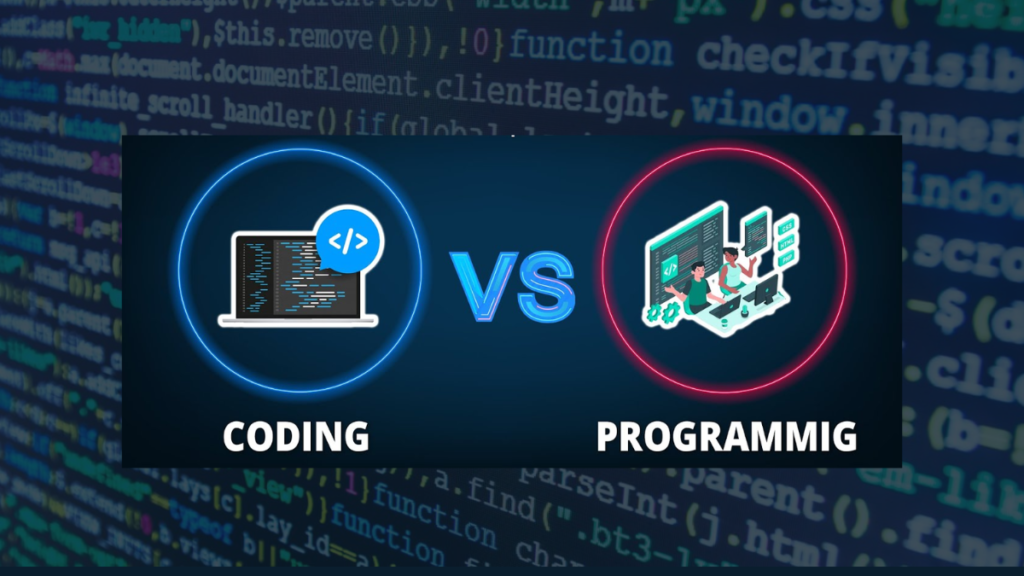 I have been a programmer for about 3 years now and I’m mainly self-taught. At first, when I started out on this journey, I had no idea that these two things are actually different but three years down the rabbit hole, everything is clearer now.

Nowadays, I don’t rush to code before structurally organizing my thoughts and understanding the problem at hand and usually, that can differentiate a coder and a programmer. So let’s see what these terms mean singly first.

Coding is how we communicate with computers. Code tells a computer what actions to take, and writing code is like creating a set of instructions. By learning to write code, you can tell computers what to do or how to behave in a much faster way.

One can indulge in this process without having a main aim of the code; what I mean is; you can code or simply write code using a programming language that has no purpose like declaring variables, or functions that return nothing. This is basically my opinion as a developer.

Also Read: Top 10 Programming Languages to Learn With Their Use Cases

Computer programming is the process of performing a particular computation in a more organized manner. This is usually done by designing and building an executable computer program with code. This means coding is part of programming and the vice-versa is false.

Related: Here is a Basic Understanding of an Algorithm

Have you ever wondered why they are mainly referred to as programming languages, not coding languages? Well, I hope you have guessed it already according to our definitions above. Programming is more organized and coding is just a subset of it.

Coding may be a part of programming that deals with writing codes that a machine will understand. Programming is a method that makes programs that involve the commendation of codes.

Also, according to Code Mentor, Coding is the initial step of developing any software and thus it is much easier and simpler to analyze and understand than Programming. Programming deals with different types of complex scenarios and programs to ensure the proper implementation of the product.

We hope you have learned the main difference between coding and programming. In case you have been contemplating how to get started as a developer, we have an article about top programming languages that you can learn with their use cases. We are likely to have an article on how to get started as a developer or programmer in this day and age that will be tailored for Ugandans and generally Africans.