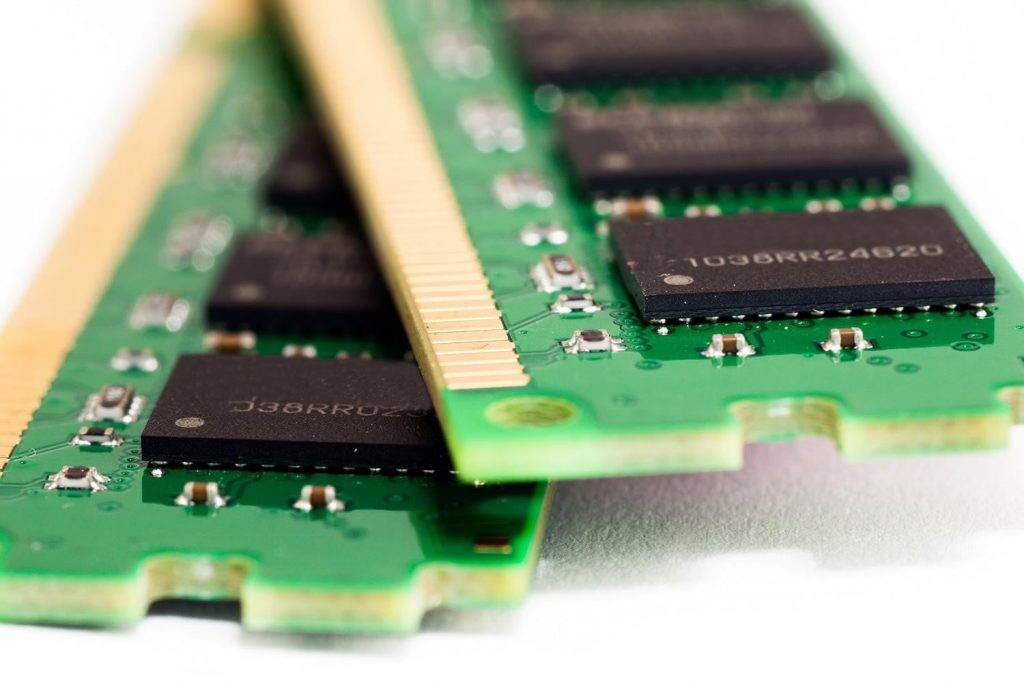 Computer RAM or Random Access Memory, or simply memory is a vital piece of the jigsaw puzzle which makes up the innards of a PC. To flog our tired analogy one last time, look at RAM as a playground where children play.

A spacious playground (more RAM) will enable lots of children (programs) to play (run) comfortably. The reverse is true. Keep in mind that RAM doesn’t necessarily make your PC faster. For that to happen would require a team effort from the likes of a juiced up CPU, Graphics card and other factors.

So then, how much RAM does your PC need? To be honest, that depends on what you need the RAM for, be it regular usage, gaming, professional work and what not.  Before you make the all-important decision to upgrade your RAM, these are a few salient points to consider. You might even find that you don’t even need more RAM as it is.

How much Computer RAM does your PC have? 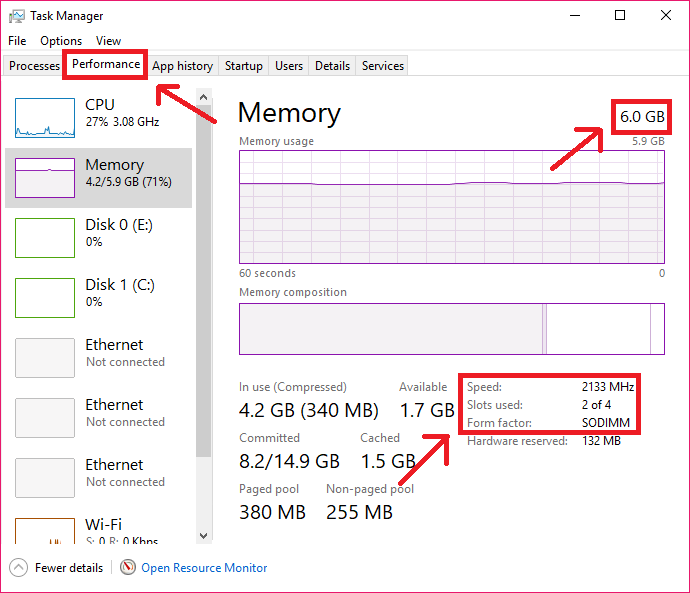 More advanced software such as CPU-Z and HWInfo will give you a more detailed rundown of the state of affairs when it comes to your RAM. Matter of fact, we put up and excellent write-up to that effect. Basically what this software does is to show you what type of RAM is compatible with your PC just in case you need to upgrade.

As we wait for the arrival of DDR5 RAM, the next best thing at the moment happens to be DDR4. That said, not all computers are compatible with DDR4, as some only work with DDR3 or DDR2. If you must know, each generation of RAM is faster and more power-efficient than the last.

How much Computer RAM does your PC need?

There’s no clear cut answer to this one, as everybody has their own needs and preferences However, if we might make a conjecture, budget PCs ship with a modest 2GB of RAM. That capacity doubles to 4GB for entry-level machines. 8GB of RAM is considered ideal for most regular PC users. Professionals e.g. designers and gamers hit that sweet spot at 16GB, but if they want more RAM, 32GB and over isn’t unheard of.

Strangely enough, the minimum amount of RAM for Windows machines from Windows 7 all through to 10 is 1GB of RAM for 32-bit architecture and 2GB RAM for 64-bit architecture. Even so, more RAM is recommended for better performance.

Linux machines are more forgiving of less RAM. Ubuntu, the most popular Linux distro recommends only 2GB of RAM. The reason behind this is that Linux distros (e.g Ubuntu, Mint, OpenSUSE, e.t.c) have lower system requirements than Windows operating systems.

Related: What’s the difference between 32-bit vs 64-bit architecture in Windows? Here’s a clue: Ones & Zeros

More than RAM, gamers need to have a good graphics card to render the resolution and graphics on top of a good CPU. But even so, RAM is an important factor we cannot push aside. FYI, we are not talking about the Microsoft Solitaire Collection that ships with your operating system. Playing PC games with 4GB of RAM isn’t unheard of, and a bunch of games have no problem with that. That said between 8GB and 16GB is ideal for gamers.

Most games actually recommend 8GB of RAM as ideal, e.g. Grand Theft Auto V, Hitman, Fallout 4, The Witcher, The Division, e.t.c. I wouldn’t say that it’s overkill if you get 16GB or more especially when you are also streaming live games. But even so, you can be excused for going all-out if it’s within your means. After all, Windows 10 supports up to 1terrabyte of RAM.

Adobe Creativity Cloud recommends about 8GB~16GB of RAM for a smooth performance, although 4GB can scrape by in a pinch. Barely. Most other graphics design software recommends the same. Less than that and we recommend taking anger management classes or yoga.

But if you are talking about something as simple as editing a video or some images using the Photos app, you can make do with your 4GB of RAM or less comfortably. Things get hairy when you go professional and are working with heavy programs that need a spacious playground to simply load on RAM.

Microsoft Office Suite is a yardstick when it comes to rating productivity of all other office suites. However, as we settle into Office 2019, I believe I am not alone reminiscing at the simplicity of Office 2013 which was roughly 700MB size for starters. Where Office 2013 used less RAM and loaded faster, Office 2016 and 2019 are RAM hoggers.

For Office 2013, 2GB of RAM is more than sufficient to run smoothly. Office 2016 and above will require a 4GB minimum. Disregard what Microsoft says on their website about 2GB. They clearly have never run Office on a budget laptop. For one thing, there’s this Microsoft Office Click-to-run service always running in the background and using system resources whether or not you are using Office.

Other Office Suites like LibreOffice, WPS, Open Office can scrape by with a modest 2GB of RAM. Google Docs for its part works in a browser and it’s deceptively heavy itself. Oftentimes, RAM usage spikes whenever we use Google Spreadsheets for an extended period of time. And we have 6GB on this Acer machine. Go figure.

Google Chrome, the most popular browser has a less flattering reputation as a RAM hogger. What’s more, the more tabs you open, the more RAM is required as each tab has its own instance in the task manager. The same goes for Opera which is basically Chrome itself under the hood. Opera adopted Google’s Blink technology to the point that you can actually run Chrome Webstore extensions comfortably in Opera. The bottom line is that browsers are usually RAM heavy, especially when you go to websites that have a lot going on.

Based on PC user complaints, 2GB RAM is adequate if note a tard little to browse on a computer and still do other tasks. The PC will slow to a crawl as is to be expected. Browsing will need at least 4GB of RAM which is just perfect for a snappy performance.