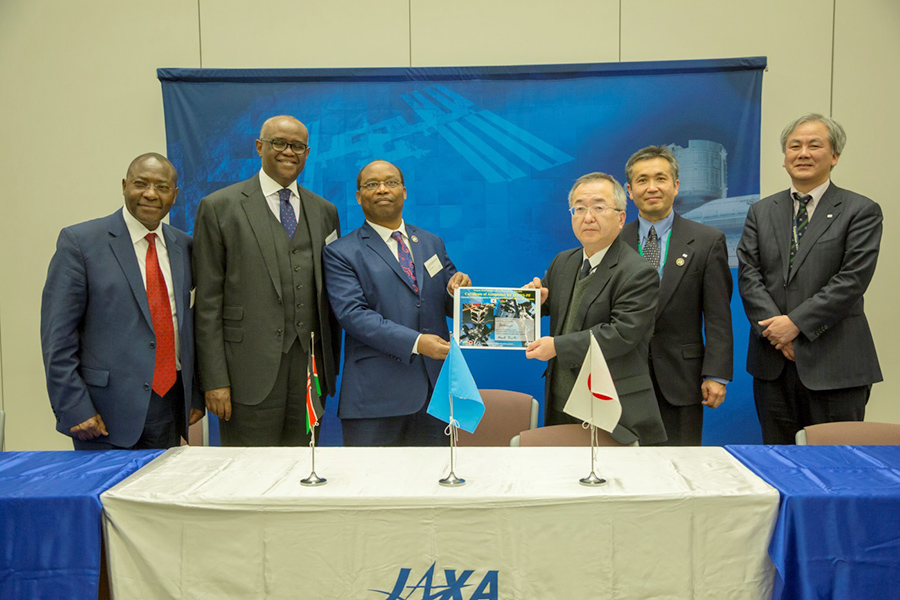 May 11, 2018 and history was made. Kenya’s first nanosatellite was launched at exactly 1.30 pm GTI East African time. In an event that was streamed and aired live from Tokyo’s Tsukuba Space Center, millions watched as the satellite was launched from Kibo, the only platform available to deploy cubsats from the ISS. The satellite comes in a new form, known as nanosatellite, being an extremely small satellite in the shape of a 10 by 10 centimetre cube, which has the volume of just one litre. 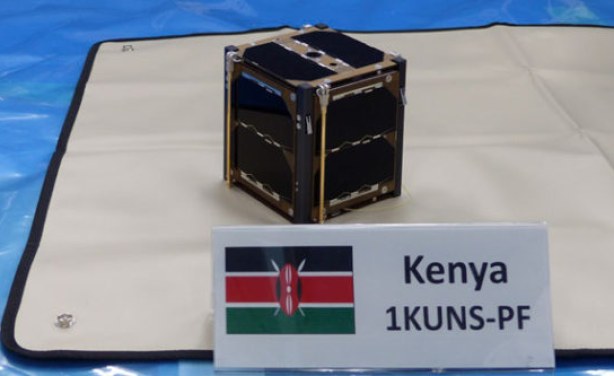 Prof Mwangi Mbuthia, Dean UoN School of Engineering, said inside the cube are two commercial cameras and microphones to record sound and automatically upload it online.

Unlike conventional ones, nanosatellites are not deployed directly from earth but are first delivered into the ISS, where Japan operates a robotic arm that later spits them into the space. The satellite was developed through a programme known as KiboCUBE, launched in September 2015, by the United Nations Office for Outer Space Affairs (UNOOSA) and the Jaxa.

Dr. Faith Karanja commented saying the images from the satellite can be interpreted to manage weather, environment, disaster and food security. Audio from the Satellite can also be used for communication.

Almost thirty countries have deployed cubsats from the Japanese cube module on the ISS. The Japanese Aerospace Exploration Agency (JAXA) has funded the bulk of the 120 million Kenya Shillings project.

The cubsats goes around the earth once every 90 minutes. Yoshlaki Kinoshita, director of Paris office-jaxa also said “the Speed of the satellite is about 9 km per second, that is very fast”. To put it in perspective you could travel from Mombasa to Nairobi in 55 seconds, a distance of approximately 500 km.

“The successful deployment of 1KUNS-PF (Nano Satellite) heralds the next phase for UoN and Kenyan scientists and engineers to develop bigger higher resolution satellites with serious scientific and technological value for the country,” said Prof Mbithi.