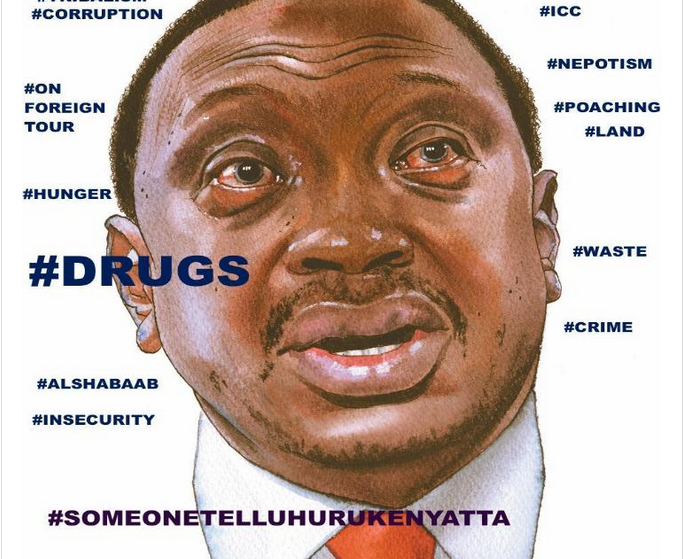 The 25-year-old blogger, also known as lieutenant Wadi, was convicted of hate speech for posts he allegedly made about Uhuru Kenyatta’s ethnic group. Wadi was sentenced to one year in jail and a fine of $2,200 after reportedly pleading guilty to the charges. If he does not honour paying the fine, he will face another year in jail.

Previously, amid contention, parts of the security bill was signed into law by the president. MPs had exchanged blows while debating the law, which the opposition said would turn Kenya into a “police state”. However, this didn’t dissuade Uhuru in the heat of the moment. He argues that the law aims at taking precautionary measures at curbing the incessant dirty works of the Islamist terrorists. But it seems some provisions of law are part of the grand martial plan; an effective state machinery of silencing purported insolent citizens including those who voice discontent through the cyberspace. Human rights and civil liberties defenders argue that this will only breed totalitarian rule and are hence determined to throttle the provisions.

A few weeks ago, controversial blogger, Robert Alai was summoned to the courts of law to answer charges in regard to insulting the person of the president and also publishing his private contact details on social media. He was later acquitted.

Alai retweeted a funny message with the content, “pls note if I say Black Uhuru, I am referring to a reggae group [and not Uhuru Kenyatta]”