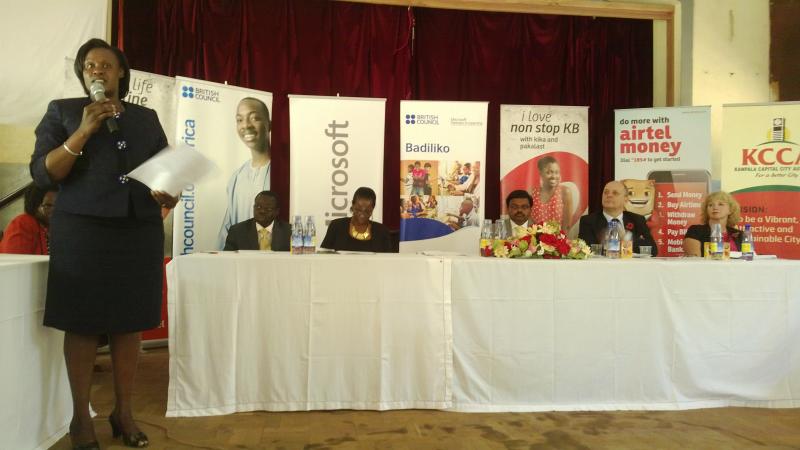 Over half a million teachers and learners in nine countries in Sub-Africa are set to experience a step change in access to digital educational resources in their schools. British council and Bharti Airtel have joined forces to maximize the learning benefits of Bharti Airtel’s wider broadband connective of 5 GB per month in a three-year deal for 127 digital hubs located in schools across nine countries in Sub-Saharan Africa.

This latest partnership initiative with Bharti Airtel demonstrates our commitment to improving access to high-quality teaching and learning Africa. The British council connects teachers and learners around the world, so they can learn from each other, accessing knowledge and ultimately become global citizens. It’s not always possible to make these connections face-to-face and moreover web-based connection allow for greater numbers of beneficiary and this is now a reality thanks to the partnership with Bharti Airtel and Micros. 14 fully equipped and connected computer hubs located in 10 districts benefiting tens of thousands of students, teachers and their wider community. 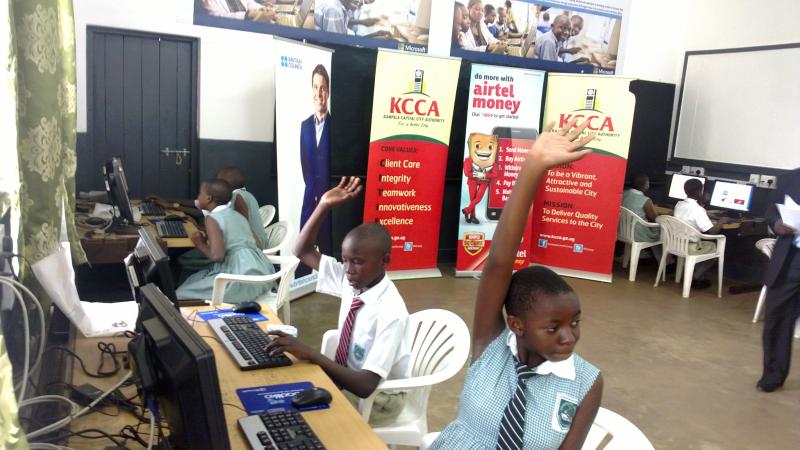 Airtel isn’t the first carrier to change Education, In 2012, MTN Uganda partnered with Gayaza High School, the Microsoft Pathfinder School of East and Central Africa to roll out an e-Learning platform to 50 schools around the country. Airtel Uganda MD Mr. V.G Somashekar, believes this initiative will empower students to be more digitally enlightened and ultimately become more competitive in today’s fast changing economy.

In line with Airtel’s Corporate Social Responsibilities, we are very excited to be a part of this initiative and we hope through our partnership with the British Council, that this initiative will be able to connect thousands of students and teachers and will also empower the local community with IT skills that will enable them to be more digitally enlightened and ultimately become more competitive in today’s fast changing economy.

At the launch attended by British Council, Country Director Peter Brown, Airtel Uganda MD Mr. V.G Somashekar,  Executive Director Kampala Capital City Authority (KCCA) Mrs. Jennifer Musisi and the Minister for basic and Primary Education Hon. Dr. Kamanda Bataringaya, i happened to interview a few primary students from Nakasero Primary school where the duo is setting up a digital hub in partnership with KCCA. It turns the youngsters are actually well-heeled with internet technologies and how to use them as educational tools.

I bumped on Kato Begabwa — a student in primary five — who was searching For Mars on Google. He walked me through the entire process of how he usually researches his homework, the use of search keywords on search engines like Google, Bing and Wikipedia. He told me he wants to be an Astronaut when i demanded to know what sparked off his curiosity of the red planet! 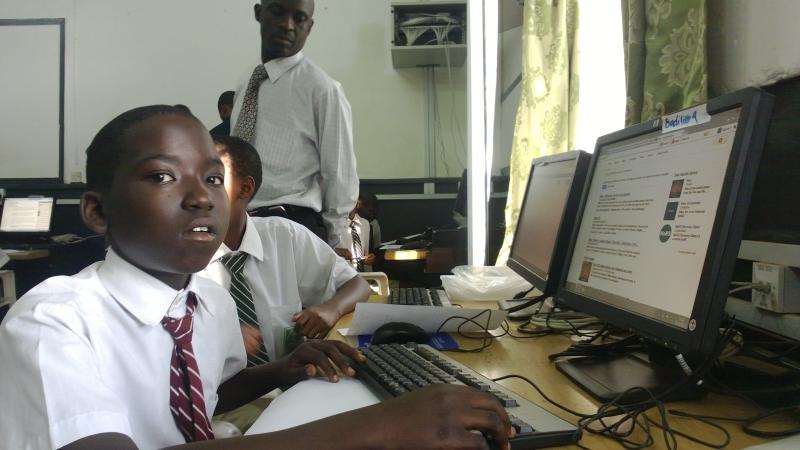 I further interviewed another  youngster — Magalashaabudiin — who seemed more politically orientated than his counterparts. I found him reading about Dr. Milton Obote on Wikipedia. Once again, this primary seven student who has an email address he said he uses to connect with his fellow students together with a Facebook account, said he finds the internet extremely useful. It turns out he doesn’t only access the internet from school, but also from home where his Dad avails him an internet-connected laptop for a few hours.

As with many EdTech tools, leave out the teacher and you’ll have a fruitless effort. According to Turyasingura N. Beatrice, Head Teacher Nakasero Primary school;

Many of our teachers have had a chance to access ICT skills and this has contributed to improving their interaction with fellow teachers in and outside the country. With full connectivity we hope that the child will also be able to learn and share information with peers. We are aware of the challenges such as an opportunity provides in terms of protecting the child from content that isn’t appropriate  and will work with partners to ensure this is deal with.

The teachers seem to be comprehensively knowledgeable with web tools. Richard Abura, another teacher at the school, told the TechPost that they not only use the internet to facilitate their teaching but also to connect with other educators in the country. Because of limited resources they schedules for various classes to access the digital hub/computer labs.

However, the internet as we all know it is also a mineshaft of inappropriate content for students of this age. I wanted to know how this innocent youngsters are shielded from the adverse effects of the internet. According to Ramadan, a teacher at the school, he told me they continuously monitor and supervise the students, closely scrutinizing every single link they open. The students are informed about the effects of inappropriate content like pornography and those who are caught are punished as an example to the rest.

British Council operates a number of similar educational programs including connection classrooms, International inspiration and Badiliko to support schools across Africa. Over 400 schools in Uganda are currently benefiting from these British council programs.