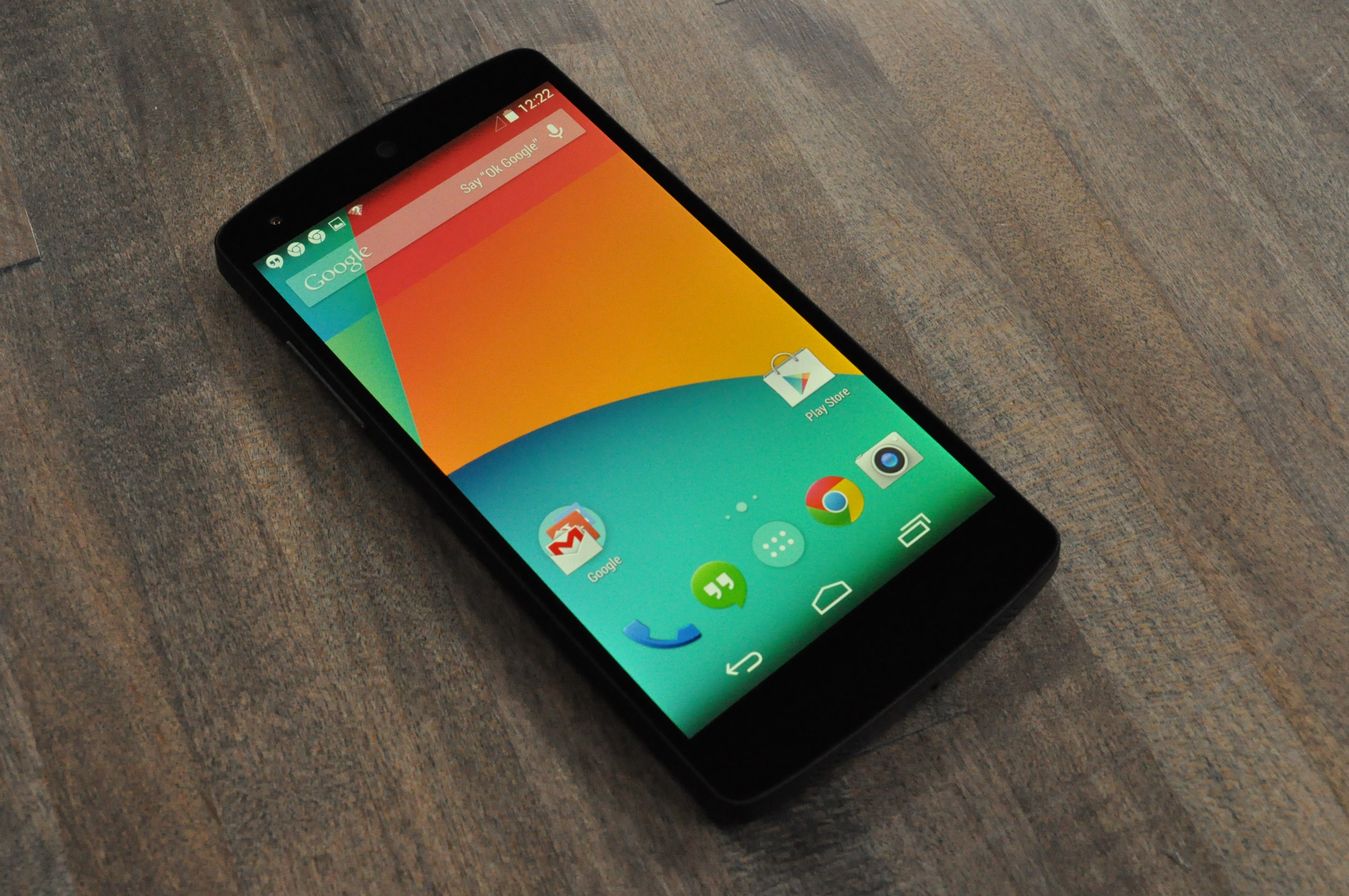 Presumably one of the most leaked devices, the Nexus 5 has finally been released after much anticipation. As the first device in the world running “KitKat” Google’s latest iteration of its popular Android OS, its not surprising that the Device and the kit Kat OS were released on Halloween an American tradition/celebration also synonymous with the sharing of candy. Kit Kat will be coming to other devices a little early next year with the likes of HTC and Samsung promising an early update within 30 – 90 days.
With the 4.95In display full HD display, an apparently better camera,  a 2300 mAh battery with Wireless Charging, 2GB RAM with a Qualcomm 2.26 Ghz Processor, Adreno 330 GPU and LTE capabilities served with a host of features in only 130g and 8.59mm of Kit Kat Candy, The Google Nexus is believed to be a force to reckon with.

Since the device isn’t available in Africa, We combed our favorite writers and blogs across the globe to bring you the first impressions with the device.

Design: The design is blunt with nothing immediately striking especially at a time when awesome design actually matters with the likes of HTC One and iPhone 5s taking on premium design. Even Samsung with its Plastic Phones is considering a better design. May be considering the pricing and functionality of the device, the design doesn’t matter

Camera: Once again there is nothing glaringly different about the Camera but a promise of crisp images with an advanced new lens and optical image stabilization. We shall prove how good the new lens is when users begin to review

Kit Kat OS: The New Kit Kat delivers a smooth experience with integrated search. Google Search is now integrated into every single page of your home screen launcher, and can be triggered by voice through an “Okay, Google” hot keyword Greg of TechCrunch had a first experience with the device and he had this to say

“ Android 4.4 overhauls the dialer, with the main feature being a knowledge of nearby businesses. Just type a business name into the same field where you’d normally type the first few letters of your friends name, and it pulls up the details for nearby locations”

“While Android 4.4 is largely focused on optimizations that allows it to run on lower-end devices, there are a number of subtle changes that really spruce up the place. The top bar and bottom navigation bar are both translucent now, allowing the home screen background to go full bleed across the screen . The widgets drawer has been moved out from the pop-up app drawer and back to being behind a long press on the home screen ”

Battery: As a member of the Nexus community/Forum, Battery was one of the biggest complaints about the Nexus and we hope that the 2300mAh can actually run the phone this time given that Kit Kat has been optimized to save on power.

LTE Support: LTE support is now a standard and we are glad it was included. I doubt the device would sell in the US without LTE

No Contract: Probably one of the things that would work best if the phone were sold in Africa is that it comes unlocked and free of contract at $349 for the 16GB and $399 for the 32GB. This may not have been working well for Google so the phone is also available from multiple carriers in the US.

Google is marketing the device as “Made for what matters” but with the device not available for distribution in Africa, the implication is Africa doesn’t matter for now

2 thoughts on “Google Nexus 5 Is Out: Africa Is Still Not Part Of The Plan”