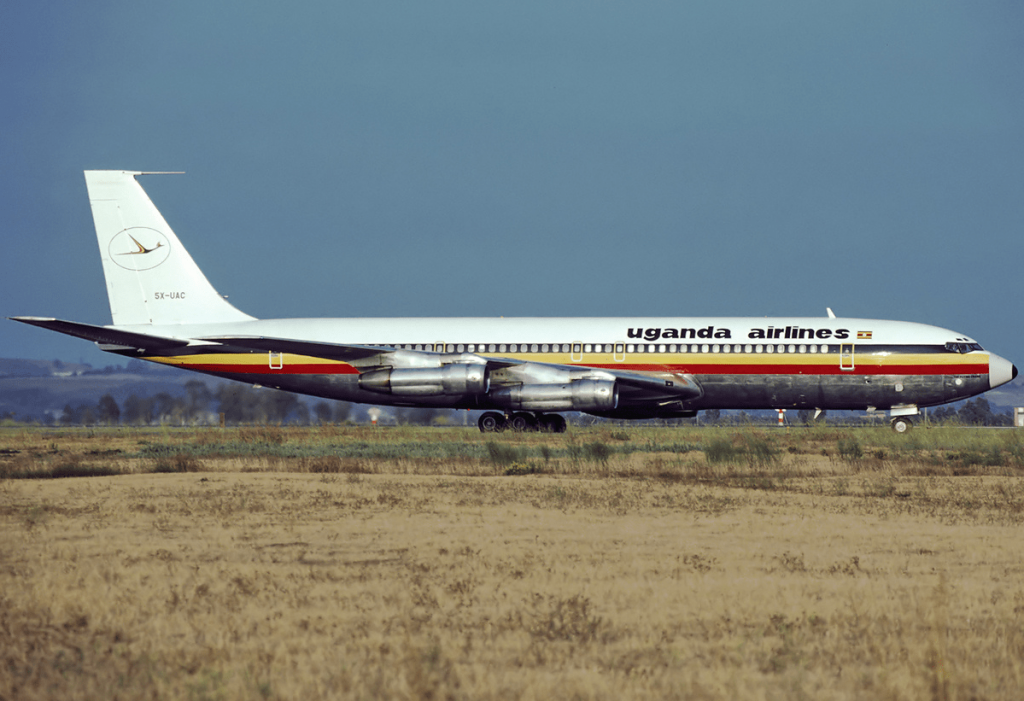 The most recent weeks have kept the atmosphere charged with the revival of Uganda Airlines as a proposed start-up carrier to be based at Entebbe International Airport. The airline is expected to assume the status of national carrier after a series of uncertainty on Uganda’s capability of owning a carrier of its own, something that has haunted the nation for decades.

But before we get to the excitement and mixed reactions that are following the proposals, let’s zoom in at the history of the once glorious national pride. Many spell it out that “the airline failed not because business was bad, but more because of bad management”. This, coupled with the liberalization and privatization sweep at the time, gave the Government of Uganda a good reason to  lose interest in keeping the airline alive.

1977 saw the collapse of the former East African Community and subsequent dissolution of the East African Airways, amid deteriorating relations between the three countries that ran the airline and the failure of Uganda and Tanzania to pay outstanding debts for its operations.

Eventually, Kenya and Uganda had established their own national airlines just before the corporation fell apart, with Uganda Airlines forming in 1976 following economic embargo imposed on the government in 1975/6. Kenya Airways came in 1977 and Tanzania followed in April 1977 with the formation of Air Tanzania.

The Uganda Airlines was 100 percent owned by Government of Uganda, with an initial share capital of US$ 70 Million, and an aircraft fleet made up of 15 vessels with operation routes in Africa, Europe and Middle East.

Politics played its part, like it has always done. As a result of the 1979 (Liberation War), great damage was registered on the Airline’s assets which included looting and destruction of aircraft, aircraft spare parts and office and ground handling equipment. During the war, one B707 was damaged at Entebbe Airport and another was flown to Libya, while one Kingair was stolen and most of the light aircraft looted and damaged beyond repair.

Between the 1990s and 2000, Uganda Airlines suffered from financial difficulties due to several factors leading to its collapse and liquidation in 2001.

In 1995 in response to the failing Uganda Airlines, a joint venture between Uganda, South Africa and Tanzania intending to ride on the strength of South African Airways in terms of aircraft, insurance and maintenance started operations covering routes to South Africa and London.  This Airline called Alliance Air failed to acquire more route rights due to unclear ownership and inappropriate equipment, which led to its ultimate closure.

The failure to attract a strategic partner subsequently led to the liquidation of Uganda Airline Holdings Limited in 2001, which resulted in the sale of the Airline’s remaining assets to settle the Corporation’s debts and other liabilities. This effectively left Uganda without a national carrier.

Uganda approached several private sector players to take the place of the national airline, but with failed attempts.

Royal Daisy Airlines – owned by Captain Joseph Roy – was founded on 30 November 2005 as a regional scheduled and charter services out of Entebbe International but closed business in 2010 after failed under unknown circumstances.

Victoria International Airlines which was 20 per cent owned by Government of Uganda commenced operations in 2006 with regular flights to South Africa (SA), Sudan and Nairobi, but lasted only 2 months, as a result of inadequate capitalization. As part of the preparations for the Commonwealth Heads of Government Meeting (CHOGM), Air Uganda (U7) owned by the Aga Khan Group started regional operations in November 2007.

During the reading of the 2018 budget, the Minister of Finance Hon. Matia Kasaija revealed that in the financial year 2018/19 Uganda will have its own National Airline. A launch of Dec-2018 is in anticipation, with the establishment expected to cost USD 388 million, as the country seeks a private investor. It will initially be fully owned by the government and managed by Uganda Development Corporation, while shares will be subsequently offered to the private sector later on.

Government recently ordered for two A330-800 neo aircraft and four new CRJ900 regional jets to in preparations to kick- start Uganda Airlines aviation business. A study quoted the costs of the Airbus at an estimated USD 109.5 million and CRJ900 at USD 27.96 million. This follows a proposed investment request of USD 400 by the Uganda Civil Aviation Authority to renovate and expand airports around the country, including Entebbe International Airport.

49 thoughts on “A brief chronological history of Uganda Airlines”