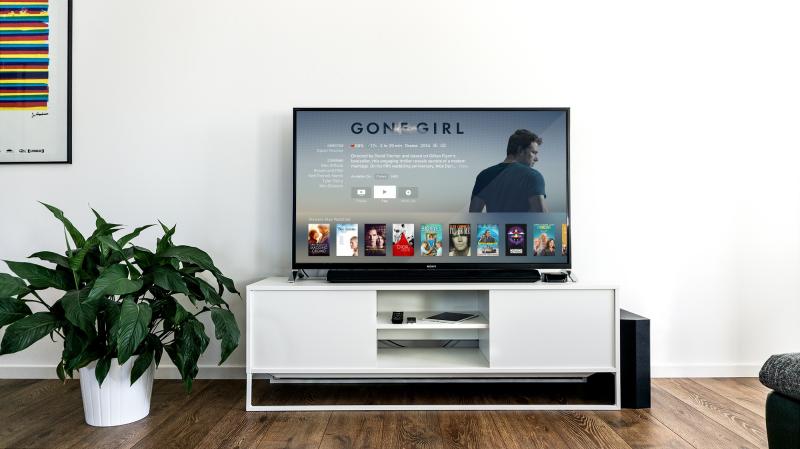 The use of Televisions has evolved over the years with better sets being introduced with the advancement of Technology. Nowadays, you are able to play games, livestream via the internet, watch movies from your flash and watch using decoders among others on one TV. With a TV being able to accomplish these tasks, the market for Smart TV has skyrocketed.

Here are 5 features to look out for in your purchase of a Smart Television.

Resolution refers to the sharpness of the TV picture, usually in terms of horizontal lines of pixels. TV manufacturers are rapidly shifting from HDTVs to Ultra HD sets (also called 4K). These 4K models have four times the number of pixels as current HDTV screens. The biggest advantage of 4K TVs is that tiny objects on the screen have more detail, including sharper text.
Ultra HD video looks great, and it’s getting easier to find. Several streaming services, like Netflix, Amazon Video and even YouTube have started offering 4K content, and ultra HD Blu-ray discs are becoming more common.
Full HD 1080p is still the most common screen resolution today, but 4K is increasingly becoming the standard, and it’s a better choice if you want a Smart TV that will last long minus appearing outdated.

This is a new feature of 4K Ultra HD sets and it stands for High Dynamic Range. It delivers more colors, more contrast levels and increased brightness.
The basic standard for high-dynamic range content is called HDR10, as set forth by the UHD Alliance, an industry trade group. Be on the lookout for “HDR10” or “Ultra HD Premium” pinned on the set.
There are quite a number of new movies in the new 4K Blu-ray disc format, with a growing number of HDR shows available via streaming services, like Amazon Prime and Netflix.
Don’t choose a set just for its HDR support because the standard has not yet been settled. However, if you want the best, buy an HDR set as that format seems to be gaining momentum.

This describes how many times per second a picture is refreshed on the screen. It is normally expressed in Hertz (Hz). The standard refresh rate is 60 times per second, or 60 Hz. In scenes with rapidly moving objects, a low refresh rate can make things look blurry.
Some new models are boasting High-Frame Rate (HFR) support, which means that they have both a higher refresh rate and added support for content with higher than 60 Hz frame rates. I advise you to beware of terms like “effective refresh rate,” which means the actual frame rate is half the stated rate. Look for a television that has a refresh rate of at least 120 Hz.

Pay attention to the number of HDMI inputs a smart TV set has. The more the better! These ports can get used up quickly: Add speakers, a decoder and a game console, and you’ve used three ports already. Also, make sure the set’s ports support HDMI 2.0 to accommodate future Ultra HD sources. Choose a television with at least 4 HDMI ports available.

This describes the range of brightness levels a set can display. Better contrast ratios display more subtle shadows and hues, and thus better detail. However, the way manufacturers measure such ratios varies widely. Nevertheless, it’s still best to see for yourself how a TV displays shadow detail by finding a movie with dark scenes and seeing how well it reveals detail in the shadows of, say, a Harry Potter movie. Experiment with the TV’s brightness, sharpness and other picture settings before making a final judgment. It’s also advisable that while testing this feature, select “movie” or “cinema” mode on the TV.

Be a Smart about Buying Your Next Smart TV! By taking not of the must have features discussed above, we hope you will feel better prepared when shopping for your next Smart TV.