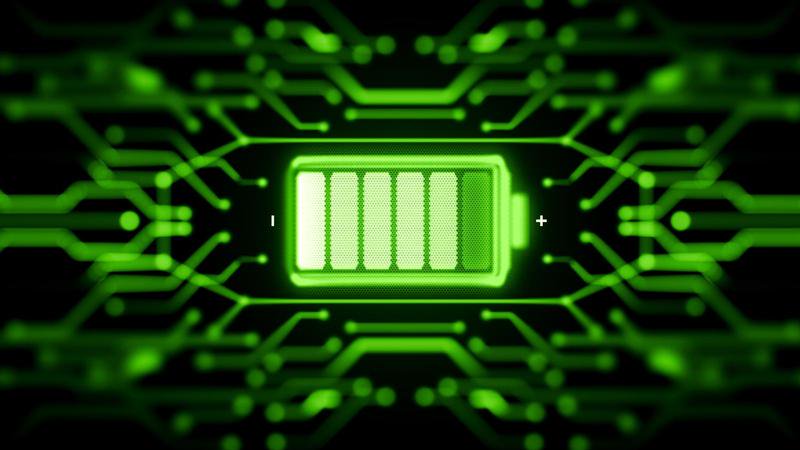 That phone in your pocket is a modern miracle. It has one cornerstone component, one that you probably ought to know how to take care of: A battery.
Having a low battery is something we cannot start introducing to you right now. It’s an inconvenience and something you don’t look forward to.

The batteries in modern day gadgets are lithium-ion batteries. These can pack a lot of power into a small size, and they don’t lose too much of that energy to leakage when they’re not in use. It’s a combination of these factors that make them great for your portable gadgets.

How does your phone battery work?

All batteries work by having two electrodes an anode and a cathode with material called electrolyte between. When you plug a battery into a completed circuit, a chemical reaction starts taking place at the anode and electrons start building up over there. The electrolyte between these two parts keeps the electrons from taking the short way to the cathode. It passes through the circuit that the battery is crammed into, and those electrons power your device in the process.

Once all the electrons have made the trip, your battery is dead. That’s when you now need to recharge. Once your battery is recharged, it’ll mostly stay that way until there’s something for it to power again, though all batteries leak some charge over time.

What determines the capacity of the battery is the number of lithium ions that can nestle themselves into the tiny, porous craters of the anode or the cathode. Over time, with repeated charge the anode and the cathode degrade, and can’t fit as many ions as they used to. As that happens, the battery stops holding a charge as well as it once did.

How does a battery recharge?

It’s easy to think of charging a battery as though you’re filling a bath tub with water. Just hook up the hose until it’s full! From the outside, that’s exactly how it works.

A lithium-ion battery typically charges in two stages. First comes the process called constant current charging. This is the part that really is pretty simple. The charger for your phone or tablet will apply a steady current of electricity to the battery to get all those electrons back to the anode. The higher that constant current, the faster the battery can charge. High-voltage quick chargers take advantage of this first stage to cram in the power as quickly as possible.

When the battery is 70 percent recharged, the procedure changes and flips over to constant voltage charging. During this second stage, the charger makes sure that the voltage stays the same rather than keeping the current constant. Practically, this means that as the battery gets closer to full, the current decreases. As the battery gets full, the rate at which it charges slows down. Once you reach 100 percent, the charge simply trickles in, just enough to account for the tiny, tiny bit of charge your battery loses naturally over time.

So what about over charging?

All modern rechargeable devices have some sort of power management IC, designed to prevent overcharging the battery. They’ll keep your phone battery topped off and ready to go throughout the night with a trickle charge at most.

However, no matter how many times you bring it back to life, your battery will die someday, or at least degrade into a shadow of its former self. That’s unavoidable. Most batteries have a lifetime of between 500 and 1,500 charge cycles.

Now that you know the basics about the little chunk of power that keeps your phone going, here are some maintenance tips to use your phone battery longer and in good shape.

Related Article: What to consider when buying a phone battery

There are apps that run in the background, track your location or send you push notifications and end up being a big drain on your battery. Start uninstalling those apps you last used a long time ago and haven’t touched since.

On Android, go to Settings —>Apps. Select the app you want to disable, and tap Uninstall.

On iOS, tap and hold any app, then tap the X in the top left corner.

Many apps run in the background, even when you’re not using them. This makes sense for things like email and social media, where you might want to know the minute you get a new message or comment, but do you really need your games, notes, and music players eating up battery resources even when you don’t need them.

With iOS: Go to Settings—>General—>Background App Refresh, and select apps to turn off.

With Android: Go to Settings—>Data usage. Tap on your app of choice, then scroll to the bottom to restrict background data on cellular networks.

It’s a common belief that “close all your apps” is an effective battery saving tip in the world of smartphones. Ironically, it can actually make your battery life worse. When you leave an app open in the background, then access it a little later, your phone is smart enough to let you pick up where you left off, with minimal harm to battery life. However, if you keep closing and re-opening the same apps all day, you end up taxing your phone a whole lot more than necessary.

Many apps automatically send you “push notifications,” so-called because the app will notify you of things throughout the day, unsolicited.

It’s time to stop this since it consumes battery.
On iOS, visit Settings—>Notifications, and turn off notifications for all but your most important apps. You can even customize your notifications down to where they appear, from banners to sound alerts to the lock screen.

Like background data and push notifications, location services also drain your smartphone battery behind the scenes. With location enabled, your phone is working constantly to track your spot on the map.

If you value battery life more than geo-tagged posts on social media, turn off location services.

On iOS, go to Settings—>Privacy—>Location Services. You can either turn them all off at once, or turn them off individually. For instance, you might only leave location services on for utility apps like Maps, ride hailing and Weather.

On Android, go to Settings—>General–>Location. Then use the big switch to turn location reporting off.

You might like to view your screen at full brightness, but that’s a guaranteed way of draining your battery fast. Even your phone’s auto-brightness feature will sometimes overdo it.

On iOS, go to Settings—>Display & Brightness. Turn off Auto-Brightness, and then dim the display using the slider.

On Android, go to Setting—>Display, and turn off Adaptive Brightness. Then tap on Brightness level and adjust to your preference.

Sometimes, we leave our phones’ displays on accidentally, in little moments throughout the day, even when we’re done using them.
The solution is a low screen timeout. Set your device to turn off its display after just one minute or on Android, 30 seconds)and you can save a whole hour of wasted screen time per day.

On iOS, go to Settings—>General—>Auto-Lock.

On Android, go to Settings—>Display—>Sleep.

We tend to think that a vibrating phone as a good alternative to a noisy ring, but when it comes to battery life, ringing is a lot less taxing than vibration. If you want to squeeze out a bit more battery life, consider turning off vibrations entirely.

On iOS, go to Settings—>Sounds, and then switch off the two vibrate toggles at the top of the menu.

On Android, use the volume toggle to turn down the ringer, and you’ll see a menu pop up at the top of your screen. Here, you can either turn off all notifications for a custom period of time, or only receive “priority notifications,” based on your personal preferences. Either one will end up having a positive effect on battery.

Bluetooth is a wireless network technology that allows your smartphone to connect with other devices. It’s great for quickly sending files, connecting to a sound system, or other close-range applications like using your smartphone as a remote for a TV.

If you’re not using Bluetooth at the moment, consider flipping Bluetooth off. There’s a good chance you’re hardly ever using it anyway.

On iOS, swipe up from the bottom of your screen and tap the Bluetooth icon in the middle.

On Android, go to Settings—>Bluetooth and toggle it off.

The importance of a strong battery can’t be underrated. Above are vital tips on phone Battery maintenance. If we missed any vital one, share with us in the comments below