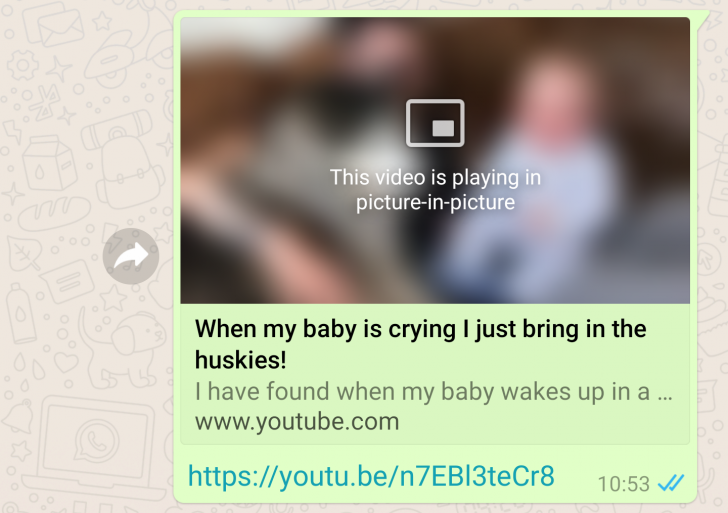 At the launch of Android Oreo, Google announced that it will allow third party developers to built their own implementation of the PiP mode. Picture-in-Picture  is a special type of multi-window mode mostly used for video playback. It lets the user watch a video in a small window pinned to a corner of the screen while navigating between apps or browsing content on the main screen.

WhatsApp appears to be among the first few leading app developers to adopt this PiP mode feature. This is of course after first party apps like Google Duo and YouTube implemented this first. The WhatsApp PiP mode basically allows you to watch videos in the floating window. This feature is, however, applicable only for devices running Android Oreo and later. 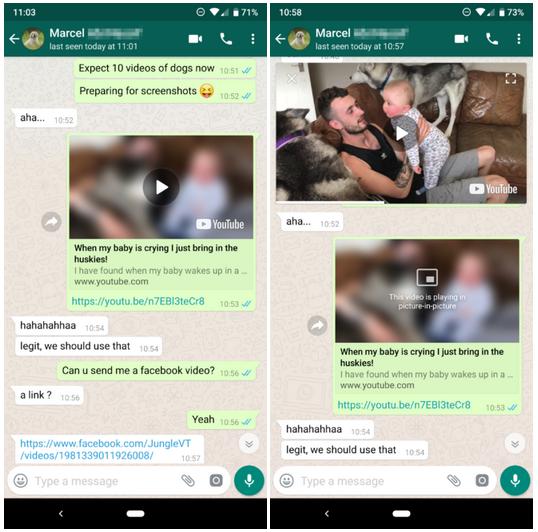 When you receive a video link and you see the play icon, tap it and the video opens PiP mode.

Also Read: How to Use YouTube’s Picture-in-Picture Mode

For now, PiP seems to be working on YouTube, Facebook, and Instagram. Twitter videos don’t do the same thing, neither do videos shared inside WhatsApp, which is both surprising and annoying. Maybe this will be updated to cover that in later updates? We don’t know yet.

If you want to give PiP videos a try, you need to be on WhatsApp Beta v2.18.301. Two ways of geting this, you can either get it by joining the official Play Store beta program and waiting for the update to be pushed to you or by grabbing the file manually from APK Mirror.