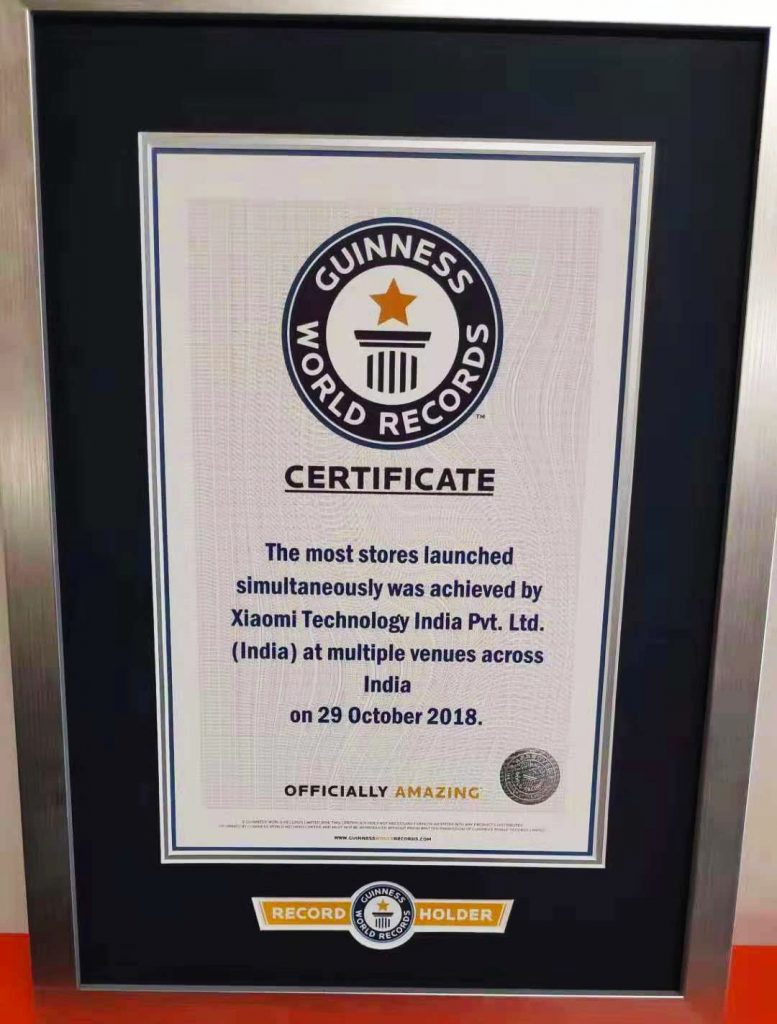 Actually, the feat of 500 offline stores (known as Mi stores) was achieved on October 29 at precisely noon. The brick-and-mortar stores were launched in rural areas of 14 states across the Asian country. And the need to do all the proper documentation, for GWR to clear them, caused Xiaomi’s delay in the announcement.

Excited to share a BIG NEWS today: #Xiaomi is opening rural #MiStore with flagship experience across the country! 🤘

We SIMULTANEOUSLY opened 500+ Mi Stores across India on Oct 29 & have set a #GuinnessWorldRecord! @GWR 🎉@XiaomiIndia is #OfficiallyAmazing, yet again! 😎 (1/2) pic.twitter.com/oewLNzdlHB

Xiaomi also revealed its mission of owning about 5,000 Mi Stores in India at the end of 2019. In the process, the company aims to provide 15,000 jobs for individuals in the country. That implies Xiaomi has 4,500 Mi Stores to go! Massive!

Mi fans, you can also become an entrepreneur. Join us: https://t.co/xHCmY3HhHf

With this GWR in the bag, Xiaomi has set the pace for others to follow. What do you think the big guys like Apple and Samsung will do to compete with this troublesome Chinese OEM?