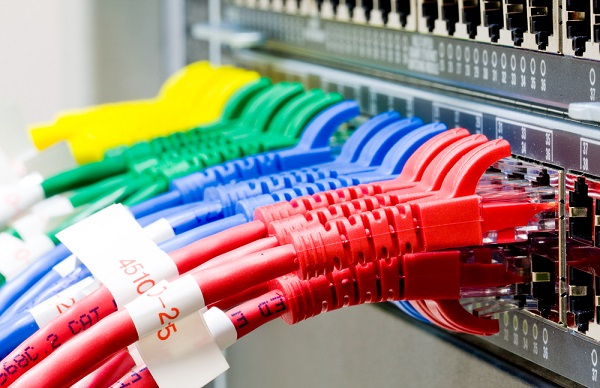 These days when you talk connectivity, it’s wireless this and wireless that but those who know where the party’s at stick to old-school Ethernet cables. Ethernet cables (Cat5, Cat6, Cat7) are the darling of gamers and professionals alike and are more suited for uninterrupted streaming of media and whatnot, given that the connection is more consistent and stable.

There’s a variety of Ethernet cable types out there i.e Cat1, Cat2 all the way to up Cat5, Cat6, Cat7 and above. To let the cat out of the bag, Cat actually stands for Category and the higher the digit, the better it gets (less interference, higher bandwidth speeds, e.t.c.) with each new generation.

Anything below Cat5 is pretty much obsolete but they still have their uses. For instance, the very first Cat1 was typically used as telephone/landline cable to provide voice communication. Later generations of these Ethernet cables were repurposed to carry data once the bandwidth speeds increased past a certain threshold. As such, the Cat5e cable has become the defacto Ethernet cable of choice with good reason although it has now been superseded by Cat6, Cat7 and Cat8. Let’s take you through the ranks:

Much as Cat5 itself is also obsolete at this point, it was the best we had on offer back in the day. It was an Unshielded Twisted Pair (UTP) cable supporting throughput speeds of 10/100 Mbps at a maximum distance of 100 meters. Cat5 was superseded by much more improved standard, the Cat5e.

Next in line is the Cat5e. The ‘e’ in Cat 5e stands for enhanced and as such, this Ethernet cable adheres to more stringent standards than its counterpart. Among its many enhancements, Cat5e was designed to reduce crosstalk (signal interference from other wires). Much as Cat5 and Cat5e both come with a maximum bandwidth of 100 MHz, Cat 5e was the first Gigabit Ethernet cable with transmission speeds of 1,000 Mbps / 1 Gbps.

Cat5e is the most commonly used for residential and commercial establishments which want a wired connection. It’s the most cost-effective option as well and its advantage over later standards is that the cables are soft enough for neat wiring around walls.

A new standard set by the IEEE P802.3bz standard will increase the speeds of Cat5e by 5 times to 5 Gps over existing cables. That means you don’t even have to replace your cabling for faster speeds.

Cat6 cables can support ridiculous transmission speeds of up to 10 Gps at a maximum bandwidth of 250MHz, but this is limited to a distance of 37~55 meters. Longer distances capping at 100 meters and the speeds are knocked down to earth back to 1 Gbps which isn’t too shabby.

Another thing of note is that Cat6 cables are more tightly wound than Cat5e and sport thicker shielding to mitigate issues with Near End Crosstalk (NEXT) and Alien Crosstalk (AXT). On the downside, this thickness makes it cumbersome to bend around corners and the thick wires are more difficult to terminate. Also, Cat6 is a little more expensive than Cat5e.

If you thought Cat6 was impressive, Cat6a does one better. Cat6a, where the ‘a’ stands for Augmented, maintains superfast transmission speeds of 10 Gbps over distances of up to 100 meters. What’s more the bandwidth frequencies are doubled to 500 MHz.

Cat6a cables are thicker and shielded to eliminate Near End Crosstalk (NEXT) and Alien Crosstalk (AXT). Such cables are ideal for industrial application but not so when it comes to residential deployment due to their inflexibility.

Cat7 support higher bandwidths (at 600MHz) than Cat6 and are capable of reaching transmission speeds of up to 40 Gbps at 50 meters and a whopping 100 Gbps at modest distances of up to 15 meters (think router to device). The speeds drop to 10 Gbps for distances of up to 100 meters. Cat7 use a modified GigaGate45 connector to take full advantage of higher performance features. The GigaGate45 cable is backwards compatible with regular Ethernet ports.

Cat7 features extensive shielding to reduce signal degradation with both the individual pairs and also an additional shielding over the entire cable. The end result is a stiffer cable than previous generations. It also comes with a higher price tag. Cat7 is best suited for use in data centers.

The augmented Cat7 (Cat7) specification is just about the highest Ethernet cable money can buy as of this moment. However, it isn’t so different from the regular Cat7, only that it offers 1000 MHz Bandwidth which is double what you get with Cat7. The other bells and whistles are just about the same but that one thing gives it a comparative advantage.

The Cat8 standard is still in the works and may not be available till 2019. CAT8 is expected to support bandwidths of up to 2000 MHz for up to 30 meters and transmission speeds of 25Gbps / 40Gbps speeds at distances of up to 30 meters.

Other than Cat5, Cat6, Cat7 and their Augmented variants experience sequential price increases. The cables are thicker and are a headache to bend over corners. They are also overkill as current hardware doesn’t support transmission speeds exceeding 1 Gbps. Of the lot, the most cost-effective and most widely used for residential and commercial Ethernet cable is without a doubt the Cat5e. Cat5e is also the most flexible for laying around turns and corners. At transmission speeds of 1 Gbps, Cat5e makes more sense to have. The reason for this is that most routers, motherboards and Ethernet modems support up to 1 Gbps.

The announcement by the IEEE P802.3bz standard to increase the speeds of Cat5e by 5 times to 5 Gps over existing cables further cements the Cat5e standard as the most robust when you factor in price and prevalence.