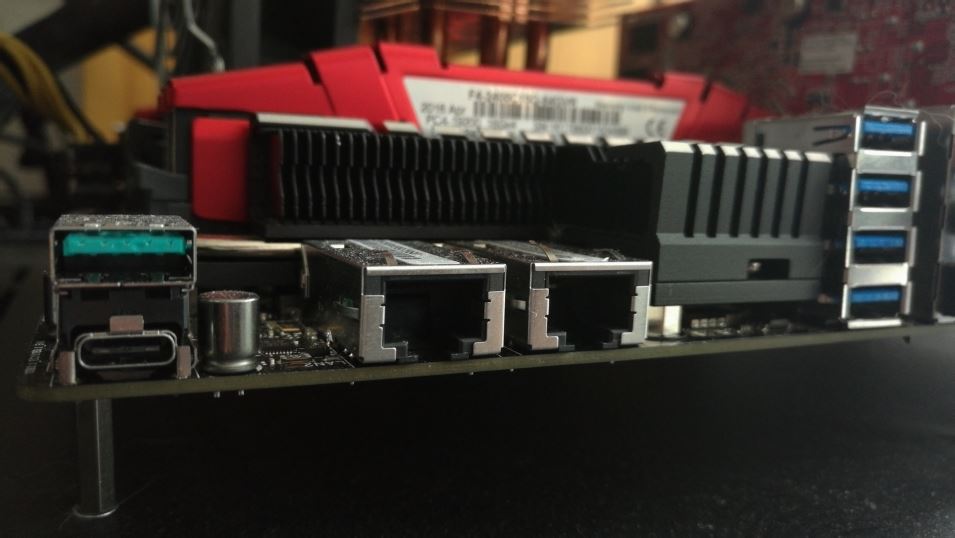 If you feel like transferring your music or Full HD Video files over the network feels like driving through traffic jam, buckle up because things are about to get a little faster.

Your current computer and all the network gear that goes with it probably support 1000BASE-T or  Gigabit Ethernet which boasts maximum theoretical speeds of 1Gbps. That means at optimum performance, you can transfer a Full HD movie of about 1.2GB for about 10 seconds over the network from your home file server or media center. But what if you could that in just one second?

If you have been a round, 10G Ethernet is actually a pretty old IEEE standard. It has been around since 2002 but over Fibre connection when 10G Ethernet over Fibre for LAN was introduced. It was mainly used in the enterprise space by big companies to move files around their huge networks, but it wasn’t until 2006 that the standard was ported to copper with 10GBASE-T Ethernet over copper.  A decade later, the standard is going mainstream into the consumer segment thanks to its lower power consumption and compatibility with existing infrastructure.

To use 10G Ethernet, you can use Fibre cables — which is less likely for home or small office use — or CAT6A RJ45 cables. It can support up to 40 kilometers over a single-mode fiber or 100m over CAT6A cables. This means if you have those cables around, you can actually reuse them with this new high speed standard.

Previously people used a technique called link aggregation to achieve high Ethernet speeds. Simply Link aggregation is a way of coupling multiple Ethernet links together in a way that makes seem look or act like one logical link. So to simulate 10G Ethernet link, you could connect 10 Gigaethernet ports from your switch to a single network device on your server or PC. This would not only boast performance but also provide network failover ensuring connectivity when one or more links go offline. But now you might not need this.

A few computer vendors are ambitious enough to support 10G Ethernet right into their motherboards. The ASRock X99 WS-E/10G first led the way with its motherboard supporting 2  10Gbit LAN via Intel X540 chipset at roughly $650 currently on Amazon. But later on, other vendors such as  ASUS jumped on-board with their power-packed Skylake-based ASUS ROG MAXIMUS VIII EXTREME/ASSEMBLY EATX DDR4 3000 LGA 1151 Motherboard currently retailing at $450 on Amazon.

Now if can’t afford one of those motherboards with 10G Ethernet built-in, enthusiasts might want to get external 10G Ethernet PCI cards. Intel of course is the king in this jungle. A Intel Corp X540T2 Converged Network Adapt T2  at $250 on Amazon could be a good start. But you can look at several other options from vendors like StarTech or HP.

10G Ethernet isn’t for everyone and it isn’t ideal in all situations. It would appeal more for  systems have already have fast storage. That is you must at least have SSD hard drives with Read/Write speeds of more that 400MB/s. If you run a 10G Ethernet network over computers with traditional HDD, then your fast network connection will be slowed down by slow traditional magnetic drives. That’s really important to note.

Secondly, 10G Ethernet  is ideal for computers that are connected in close proximity — ideally within 100m radius. Typically, this would be like your NAS server or Media server or FTP server, or backup server. 10G Ethernet speeds degrade over longer distances, so you don’t want your transfer speeds to be compromised.

It’ll be a while before 10G Ethernet becomes a default in your little bros laptop, but for enthusiasts and high-end users who just want high-speeds data transfers over their local LANs,  10G Ethernet’s high cost is justifiable.