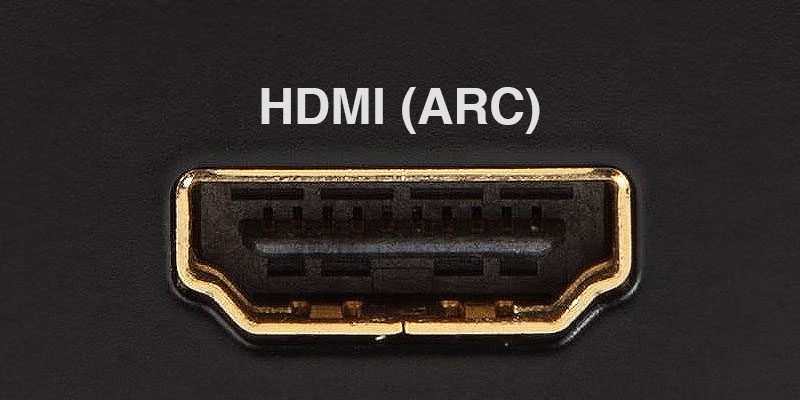 Here to learn what the term “HDMI ARC” means? How it differs from regular HDMI? What it does? or why the inscription is on your TV? Then read on because you’re in the right place. But before that, if this is your first time coming across the term HDMI (read: a beginner), you might want to check out these series of articles on what HDMI is, its uses, the best way to use it on your TV, laptop or other monitors etc.

What is HDMI ARC?

HDMI ARC is more like a fork of regular HDMI. The ARC part stands for “Audio Return Channel” and the whole concept of the protocol is to permit the seamless connection of your home’s entertainment components into a simple, cable-free system. How though?

In addition to sending audio signals from your consoles and other HDMI-compatible media players, set-top boxes etc. to your TV, HDMI ARC ports allow your TV send audio to your soundbar or external speaker system, eliminating the need for extra optical audio cable(s).

What does HDMI ARC do?

As a feature of the HDMI protocol, ARC can simultaneously send and receive AUDIO signals in a reverse manner using the same HDMI cable. HDMI ARC is particularly handy when you have two or more devices (e/g a PS4 console, Amazon TV Cube, Roku etc) but only one HDMI input on your Soundbar. In addition, with HDMI ARC, you can use the same remote to control your TV, Soundbar or any other receiver you have in your home entertainment system.

Turn on your TV, your sound bar turns on as well.

If you own a smart TV with built-in apps like Netflix or YouTube that produce their own sounds directly from the TV, ARC allows these internal audio be played directly on your home theatre without having to hook up an extra audio cable to your TV. With the ability to send audio signals from both internal and external sources, HDMI ARC positions your TV as the central audio hub.

Asides from controlling audio and volume, you can also simultaneously turn both your TV and your Soundbar on and off at the same time using one remote.

Just like how all Thunderbolt ports are USB-C but not all USB-C have Thunderbolt capabilities, it’s the same way all HDMI ports are not HDMI ARC but all HMDI ARC perform regular HDMI functionalities.

HDMI ARC was announced in 2009, five year after the original HDMI protocol was first introduced in 2004.

ARC enables a TV to send signal upstream … It does this by first forming a ‘handshake’ between the TV and the audio device, creating a two-way street for information.

Caveat: Be careful though; to be able to enjoy the downstream and upstream features of this protocol, you have to ensure that both your soundbar/home theater/receiver and your TV both supports ARC. But how do you know if your TV is compatible? Find out below.

Does your TV support HDMI ARC? 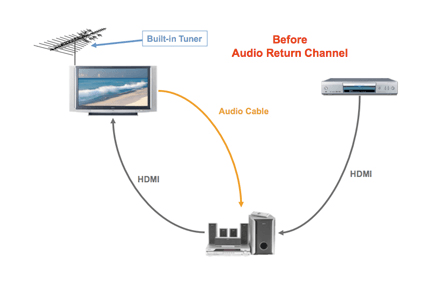 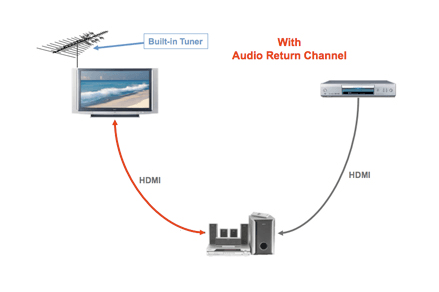 As mentioned earlier, ARC was introduced as a feature of HDMI in 2009. So if you purchased your TV about anytime from 2004 till this period, then your TV most likely supports HDMI ARC. You wouldn’t have to guess though; there are better ways to confirm.

1. Check the HDMI ports on the rear panel of your TV and look out for anyone that has an ‘ARC’ inscription around it. An example is the image below. 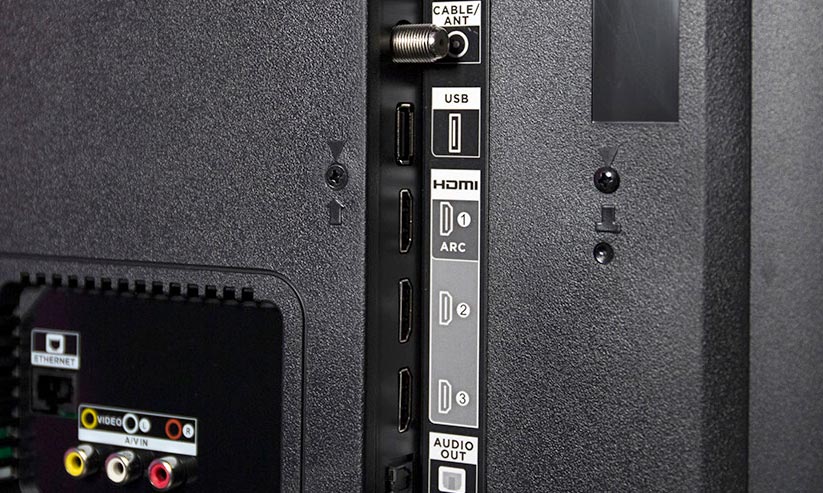 2. Alternatively, it there isn’t any ‘ARC’ label on any of your TV’s HDMI ports, you can check the user’s manual for confirmation.

3. Thirdly, visit the manufacturer’s website to check out the port specifications of your TV.

No, it doesn’t. Your regular HDMI cables will work just fine, You do not need to purchase ARC-specific HDMI cables — they don’t even exist.

HDMI ARC not only allows users hook up all their internal and external audio sources via the TV to their home theater with one singel cable, it also simplifies the entertainment system in its entirety by reducing the number of cables normally required to make such connection.

In addition, it allows the use of just one remote to control both your TV and sound system.