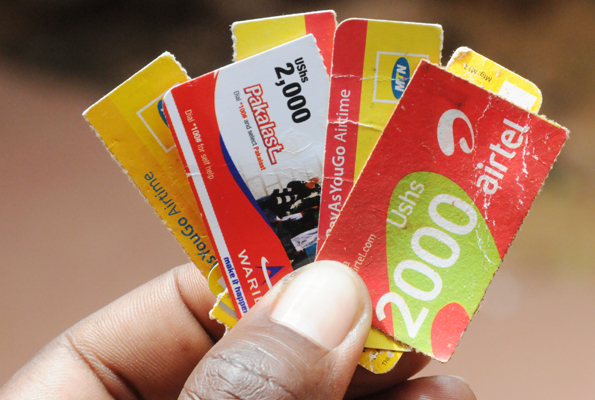 In July, Uganda made news globally by introducing an OTT tax on social media ond other over the top services. In August 2018, communications regulator UCC directed all telecom companies to phase out airtime scratch cards from the Ugandan market with immediate effect. They were to be replaced by solely electronic airtime loading options such as easy load, mobile money, PayWay among others.

Electronic modes of loading airtime were already co-existing with the airtime scratch cards which gave consumers an option of what they wanted to consume or when. These electronic modes in far flung rural areas were available in scanty amounts compared to airtime cards.

The Government came out to turn around the decision of phasing out airtime scratch cards. However, this decision hasn’t been effected and airtime cards are still off the Ugandan market. The Speaker of Parliament, Rebecca Kadaga instructed the Information and Communications Technology Minister, Frank Tumwebaze to explain the delay by the Executive to fulfill its promise to restore airtime scratch cards on the market.

UCC decided to order the phase out based of electron modes’ ability to load amounts as low as UGX 100 while scratch cards started from UGX 500. While OTT tax may have reduced on the number of internet users, phasing out of airtime scratch cards might have a significant effect too.

Civic technology organization Pollicy released a report that revealed that there has been a significant drop in accessing social media with 33% of respondents that would access social media platforms more than 10 times a day prior to the tax dropping down to just 6.6% after the taxation.

According to the ‘third-quarter communication industry report’, over 8 million people paid OTT tax in July. However, the figure reduced by 1.2 million to 6.9 million in August then to about 6.8 in September.

The report indicates the Government collected more OTT tax in July when airtime scratch cards were still available. However, the figures went on reducing as cards became scares on the market. Does scarcity of airtime scratch cards reduce bundle subscription and hence less need to pay OTT tax?

VPN usage was low in Uganda before OTT tax. Did Ugandans learn to use more VPNs to access OTT services without paying the tax? Are people just offline playing games or taking advantage of juicy voice bundles to relay messages? What do you think? Share with us in comments.