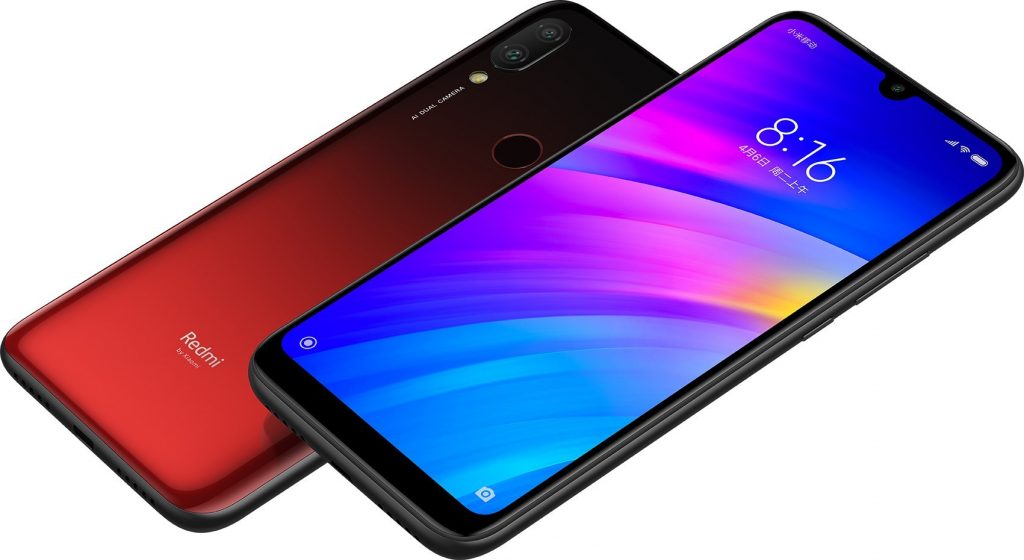 Thinking about getting a smartphone that doesn’t cost much and offers fairly good specs, then the Xiaomi Redmi 7 should be on your radar. Following the launch of its less affordable Xiaomi Redmi Note 7 and Redmi Note 7 Pro, here comes a smartphone that you can get for as low as $105. Xiaomi’s reputation precedes it in the budget smartphone sector and it has proven to be a trusted brand to reckon with as far as these smartphones are concerned. The ‘Redmi’ series is a popular line of budget smartphones with attractive prices and the newly released smartphone continues this tradition. That said, lets get into the nitty-gritty of the smartphone’s features.

At first glance, you might actually take the body for one built with glass but it’s actually the glossy finish that makes it look that way. Also, thanks to the coating the smartphone is water splash resistant but tends to get smudged in little time. You will also find the notch at the top of the screen which is similar to the one on the Redmi Note 7 and you can get them in blue and red colour variants.

Since large screen smartphones are most people’s favourite, the Redmi 7 features a 6.26-inch screen protected by Corning Gorilla Glass 5. This is better than most of the smartphones that have the same price tag in all respect. There is the fancy water drop notch adorning the top of the smartphone and helps to provide more screen space by housing the camera. However, the HD+ resolution here is average but is still a very good deal with such price.

The camera end is covered by a dual sensor on the rear side and just one at the front. With a 2MP sensor providing depth for the main 12MP camera, you can take pictures in portrait mode as well as record videos in 1080p quality. Turn the phone over and you’ll see an 8MP camera stowed away in the notch with beauty mode as well as AI smarts.

There are three variants to choose from each varying in the RAM and internal storage. The smartphone comes a long way from the MediaTek chipset featured in its predecessor and has the Snapdragon 632 as a replacement. The models available are; 2GB/16GB version that goes for $105, 3GB/32GB model for $130 and the 4GB/64GB variant for $150. As usual, it has the MIUI skin on the Android 9 featured on it.

According to Xiaomi, the smartphone will last 400 hours on standby which is quite a lot. Anyway, the 4000mAh battery is a considerably large and a commonly featured battery capacity in the Redmi series. Furthermore, the battery supports a 10W fast battery charging for lesser charging time through a MicroUSB port at the bottom.

The Xiaomi Redmi 7 is available in Xiaomi partnered stores, online marketplace and some smartphone retail outlets around the world.