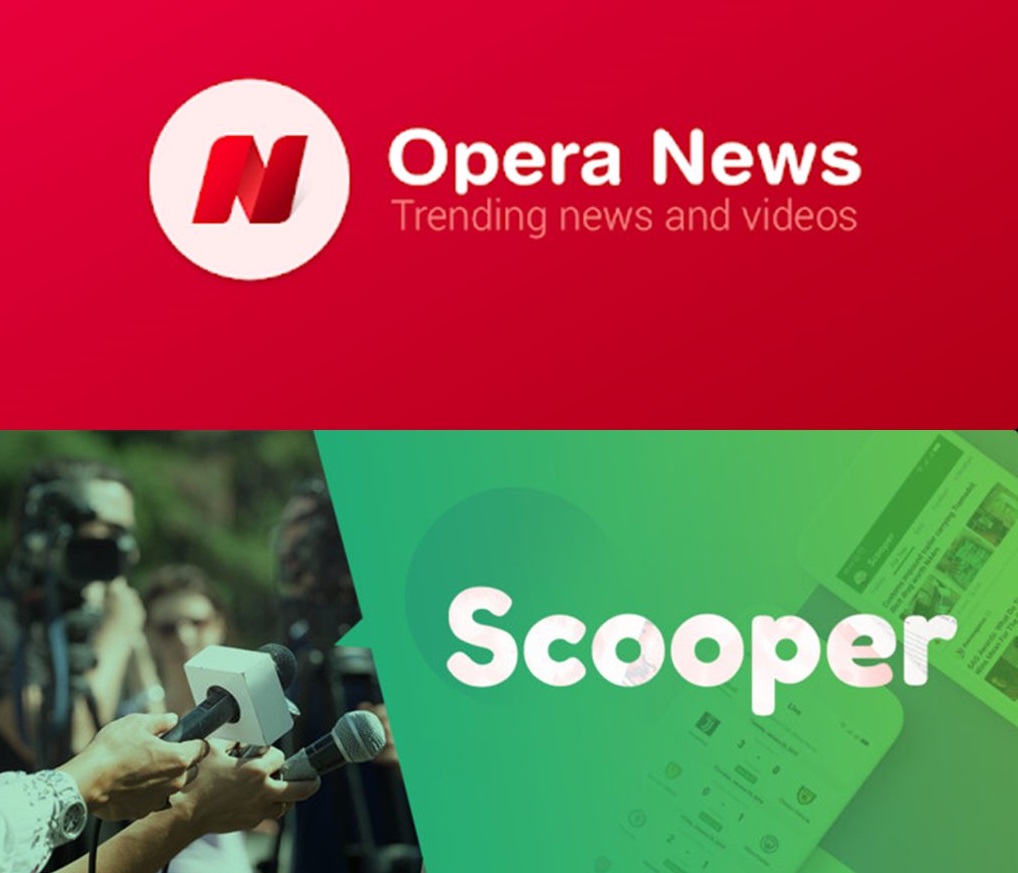 Digital is pretty much king in this present age and time, particularly for accessing news, information or anything at all. However, despite the availability of certain information, getting the right content you want can sometimes be a hassle as they tend to be scattered all across the net (read: internet). That’s where content curation and the players that are killing it in Africa come in.

These content curation platforms not only bring you the latest and most popular news on different categories (sport, business, technology, politics, travel etc.), they also bring you trending news as well as local and international happenings which you can manually personalize according to your preference or leave the job to AI to personalize news offerings.

There a number of content curation platforms in Africa but Opera News (developed and operated by Opera) and Scooper are the most used and most popular. And this feat achieved by both platforms can be attributed to the success of the parent companies in other ventures.

Before becoming a standalone news app, Opera News was basically a feature which was incorporated into its Opera Mini browser. As interest in the service spiked to over 100 million active users barely after 1 year of introducing the feature, Opera Software decided to launch the Opera News platform as a standalone news app in 2018. Interestingly, before the official launch of the app, Opera ran a pre-launch test which saw over 100,000 people download the app, crowning the Opera News as the most downloaded news app in Africa at the time.

Upon official launch, Opera introduced Opera News as its first product under its “Africa First” strategy and even got more people to download the app as the company offered enticing referral incentives to users who got their relatives/friends/acquaintances to download the app through their referral links. This strategy raised Opera News’ download numbers to millions in months. As at the time of concocting this article, Opera News boasts of over 10 million downloads.

Basically, it is evident that Opera did its homework right and launched Opera News to feed an hungry audience with growing appetite for improved access to news, trends, and contents.

Scooper, on the other hand, is more of a news app launched to rival Opera News. The platform — formerly known as “Eaglee News App” — was re-branded and officially launched by Holdings in January 2019. Despite having a strong rival (i.e Opera News) to compete with, it is interesting to see that Scooper is making headway irrespective. The success of Scooper can, however, be attributed to some factors which include (but not limited to):

In terms of popularity and size of active users, Opera is — no doubts — ahead of Scooper. Feature-wise, however, let’s find out who’s doing the most with their apps.

“Users are not at risk of overloading their phone storage because the app is lightweight. Scooper is only available on Android devices and available for download on Google Play Store,” Nancy Nwachukwu noted.

Although you can use both apps without registering, you’d have to sign-up to use certain features on both platforms. Scooper boasts of more sign-in options as users can sign-in using either Facebook, Twitter or Google account. Opera News, on the other hand, supports registration using a Phone number or Facebook account.

This is a really tough call to make as both apps have lovely interfaces and are pretty easy to navigate. Choosing the best interface is really subjective. I, however, prefer News’ interface to Scooper. First off, Opera News comes with a “Search bar” through which users/readers can easily find trending news. The search bar even gives news and content suggestions based on top trending searches.

Also, Opera News comes with more content categories and improved personalization. Likewise, users can customize news based on states, regions, and cities of interest and residence. This allows you out irrelevance information and focus more on happenings within your .

The Future: Who’ll win the race?

The signs are pretty obvious and backed up by data — number of download, in-app features, interface and navigation, active users, supported countries and languages etc. Opera News is way ahead of Scooper and is presently the king of digital content curation in Africa. That said, Opera still hold way more prospect of becoming even bigger than Opera News. Here’s why.

Scooper, at the moment, is currently popular and mostly used on Holding’s hardware products (i.e Infinix, Tecno, and iTel smartphones). Opera News app usage, however, spreads across several Android smartphone brands. Also, Holdings seem to be failing to push and promote the Scooper News app beyond their devices. But since the is adding the Scooper app as an out-of-the-box app (read: bloatware) on its new devices, and the company’s smartphone shipment is growing (in Africa), Scooper is expected to grow beyond the level it presently is.

But at that speed, Scooper will still trail behind Opera News, I predict. Do you think otherwise? Drop your comments below.