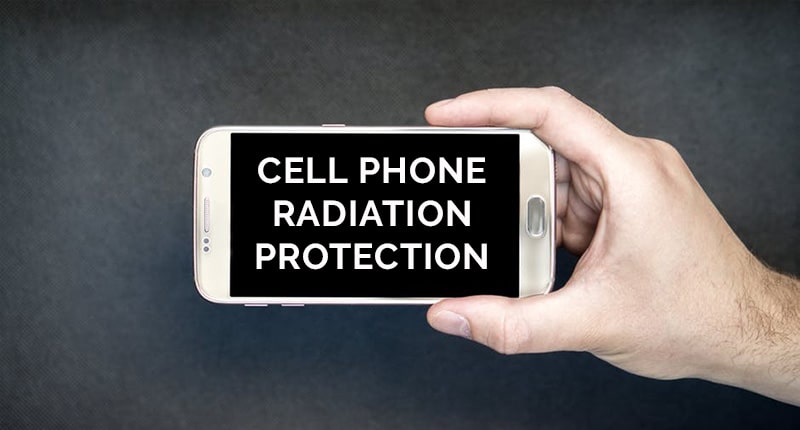 What radiation does your smartphone emit?

Firstly, you should know that all smartphones emit Electromagnetic Field Radiation (shortly known as EMF). The EMF radiations are non-ionizing radiations (meaning they are low-energy) and are further broken down into of two types: Extremely Low Frequency (ELF) radiations and Radiofrequency (RF) radiations.

How much absorbed radiations is harmful to the body?

Although not scientifically proven, radiations from phones pose several health risks (brain damage, cancer, etc.) to the average smartphone user. Radiations are usually absorbed into the body through tissues close to the body part where the phone is held/located. And interestingly, it isn’t the amount of radiation that your device emits that’s harmful. Rather, it is the amount of radiation that can be absorbed from your device that you should be worried about.

Luckily, the amount of radiation that can be absorbed from your smartphone can be measured — and it is known as Special Absorption Rate (SAR). SAR value is measured in Watts per kilogram of a person’s body wight (W/kg) and all mobile phones are tested for their individual SAR value; this is to ensure that they meet National and International guidelines. Different countries have their SAR limits. In the United States, for example, the maximum recommended SAR is 1.6 W/kg while the European standard is 2.0 W/kg. To check your smartphones’ SAR value, dial *#07# the SAR value for your Head and Body will be displayed.

The SAR value of a mobile phone is measured in a laboratory with specialized equipment. A human phantom, radio frequency sensors, mobile phone holder and a precision robot are used to test a mobile phone for its SAR value.

The lower the SAR value, the lesser amount of radiation is absorbed by the body.

Effects of a High SAR Value

A high SAR value and prolonged exposure to radiations from your smartphones can lead to some harmful effects that are detrimental to health.

NOTE: A low SAR value only protects you from thermal effects of these radiations; you are still very much exposed to the adverse non-thermal health effect.

How to protect yourself from Smartphone Radiation

Since smartphones have become an integral aspect of our everyday living and activities (communication, entertainment, jobs ), we really cannot do without them — despite the fact that they emit harmful electromagnetic radiations. What we can do, however, is to protect ourselves from these radiations as much as we can. And here’s how to protect yourself from smartphone radiation.

2. Use wired headsets: To protect yourself from high levels of radiations, it is recommended that you use wired headsets as reports suggest that consistently placing your phone close to your head (during a phone call) for more than 50 minutes can result to brain damage. Wireless/Bluetooth headsets aren’t an option either as they also emit radiation to some certain extent.

Better yet, hold your phone away from your ear while talking, or alternate between ears during lengthy phone conversations. It is also recommended that you allow calls connect before you bring them to your ears because more power is radiated during connection.

3. Avoid keeping your phones in your pockets:

You should learn to stow your phones away in bags or hold them in your hands when you aren’t using them. Carrying your phones in your pant or pocket when it is connected and not in use can increase the harm of radiation.

Compared to regular protective cases, anti-radiation cases are made of materials (synthetic exterior, microfiber interior and a radiation-shielding foil) that protects you from the harmful radiation being emitted by your phone by deflecting and absorbing them.

5. Avoid using your smartphone while wearing metal framed glasses or having wet hair; both are good conductors of radio waves.

6. Keep phones away from children: Reports suggests that due to possession of thinner skulls and a developing brain, radiation-induced brain & tissue penetration is way more prevalent in children than adults.

7. Keep your smartphone away from your body (5 – 25mm) as much as possible. Also, you should avoid sleeping with your phone by your bedside.