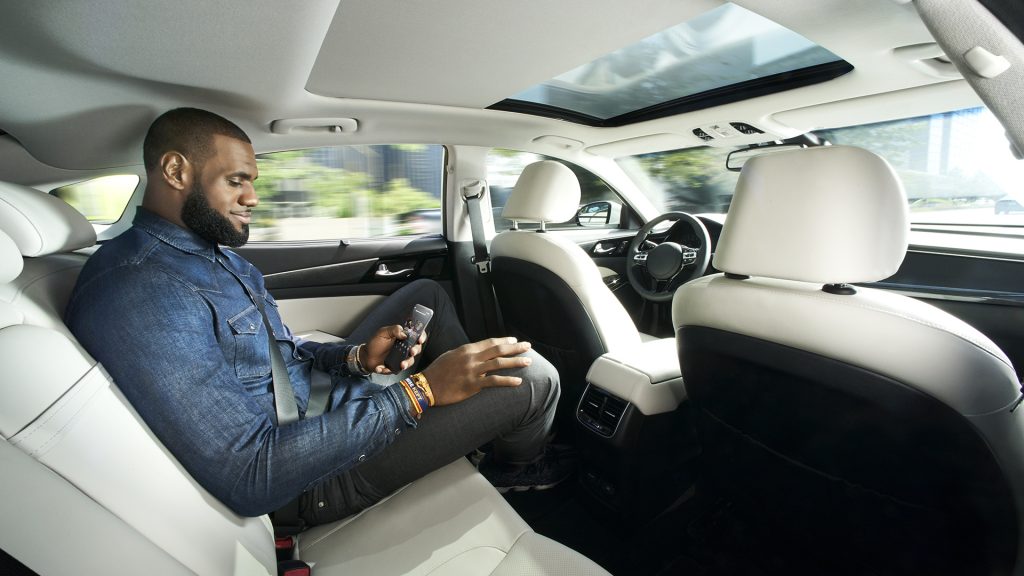 Autopilot has been used in the aerospace industry for decades now with resounding success. Flying is now the safest mode of transportation we have around, and while this cannot be attributed to autopilot alone, it is rather obvious that taking away human error from the equation inevitably leads to safer flights.

Driver-less cars are said to be the future in the automotive industry and if the videos of pioneering semi-autonomous cars maneuvering their way away from crashes is anything to go by, they could prove safer than us humans behind the wheel. But we are not there yet. We don’t have fully autonomous cars out on the roads yet.

These are the 5 levels of of self-driving cars

At level zero, all aspects of the driving task are in the hands of the driver. Think of the car your father or grandfather may have driven. In this neck of the woods, this could easily be any model on the roads.

We all know that automobiles didn’t always come with all those computerized controls. Most of our cars today don’t even have computers at all, and in the early days, they didn’t even have power steering or power brakes.

“A vehicle that fits in this category relies on a human to dictate every driving action.” The driver has full control. Level zero doesn’t just apply to ancient cars we see in history books. CNET offers as an example: “Vehicles like the 2005 Honda.”

For a number of years now, say in the past decade, vehicles have been manufactured with controls on the steering column that allow the vehicle to assist the driver with tasks like steering or acceleration/deceleration. However, these functions are enacted by the driver and not automatically performed by the automobile.

Most modern cars fit into this level. If your vehicle has adaptive cruise control or lane-keeping technology, it’s probably at level one.

At this level of automation, two or more automated functions work together to relieve the driver of control. An example is a system with both adaptive cruise control and automatic emergency braking. The driver must remain fully engaged with the driving task, but you will notice the gradual transfer of control from man to machine. Most authorities refer to this as an advanced driver assistance system (ADAS).

A good example of level two includes Tesla Autopilot and General Motors Super Cruise. A GM Super Cruise ad says “Bring us your doubts and we’ll bring you the future,” and calls the technology “the first true hands-free driving system for the freeway.” Another is the Mercedes-Benz Distronic Plus, as demonstrated by an owner who seems to have some reservations about its capabilities.

This level is marked by both the execution of steering and acceleration/deceleration and the monitoring of the driving environment. In levels zero through two, the driver does all the monitoring. At level three, the driver is still required, but the automobile can perform all aspects of the driving task under some circumstances. Levels three and higher qualify as automated driving systems (ADS). Another commonly used term is a highly automated vehicle (HAV).

There’s a big jump in capability between levels two and three. The driver still has to keep his eyes on the road, ready to take over at a moment’s notice. But a level three vehicle can handle certain parts of the trip on its own – mainly highway driving. An example of this level is the Audi AI traffic jam pilot, whose technology is demonstrated in this video.

Level four vehicles don’t need a human driver. The vehicle can essentially do all the driving, but the driver can intervene and take control as needed. This level of automation means that the car can perform all driving functions “under certain conditions.” The test vehicles currently on the road would fall under this category.

Waymo LLC (once known as the Google self-driving car project) is testing level four vehicles. An article from DesignNews, “Autonomous Cars Will Move to Level 4 in 2018,” says that new sensor technology from Velodyne Lidar amounts to “a huge step forward” for autonomous cars. But they say that level five is still a decade away.

A completely automated vehicle can perform all driving functions under all conditions. In this situation, humans are just passengers. However, it is hard to imagine a world where Level 5 autonomous vehicles become the norm, available to all. If that happens, how would that change the way that we live?

Of course, we already have automated transportation in some places. For examples, there are vehicles in certain airports that shuttle passengers from one terminal to another without a driver. Such automation is being considered for other mass transit systems to take the place of buses and taxis in town.

Recently, Tesla had its Autonomy day in which Elon Musk made the now infamous statement, ‘It’s financially insane to buy anything other than a Tesla’. That aside, what really caught my attention was the video above.

Has Tesla managed to make Level 5 autonomy a thing in 2019? Probably not. Teslas have been involved in a handful of crashes, some of them fatal, involving the use of the company’s Autopilot system.

It is still hard to ignore his confidence and where his company, Tesla is heading. “The fundamental message consumers should be taking today is that it’s financially insane to buy anything other than a Tesla,” Musk said. “It’ll be like owning a horse in three years. I mean, fine if you want to own a horse, but you should go into it with that expectation.”

Will level 5 autonomous self-driving cars happen during our lifetime?

Full Level 5 driving will require an ecosystem to operate within. When motor vehicles were first introduced, it took several decades to build out traffic laws and signals, educate drivers, and adapt societal views to the new reality where streets belonged predominantly to motorized traffic.

Something similar will have to occur with automation, although the transition will likely be faster. The speed of this transition goes beyond technological capabilities to involve political decisions on how best to navigate the introduction and expansion of automated vehicle use. An educated guess is that the pieces will fall into place over the next decade but that reaching the point where you can truly leave all the driving to the vehicle will not be achieved before the mid-2030′s.

Between now and then, you’ll see expressions of high-level automation but it’s going to take perhaps 20 years to pull everything together and reach the critical mass necessary to achieve 24/7/365 automated driving.