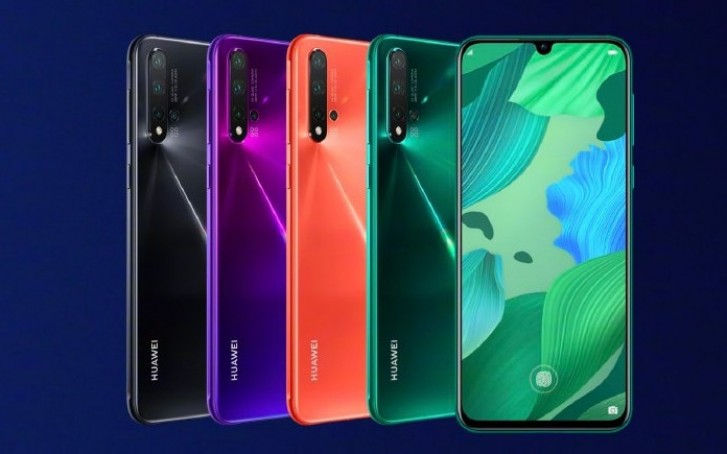 Huawei just recently unveiled the new successors to the popular mid-range Nova series and it comes with a regular Nova 5 model and another Pro version with better specs. The release also marks the debut of its new HiSilicon Kirin 810 processor which has a 7nm architecture, six 1.88Ghz Cortex-A55 cores, and two 2.27Ghz Cortex-A76 cores. The cream on top of this new chipset is its NPU and is also the first time the AI chip will be featured in a mid-range chipset plus it also comes with a better Mali-G52 GPU. However, this is only available on the standard model as the Pro model comes with the HiSilicon Kirin 980 chipset.

Appearance-wise, the Nova 5 and Nova 5 Pro looks quite alike featuring a similar design, build, screen-type and screen-size. The major difference is the chipset inside as stated earlier and a variant of the Pro model with more internal storage. Then the slimness here is quite impressive with just a 7.3mm thickness making it quite sleek in the hands.

From an aesthetic point of view, the sun ray design on the back is quite alluring with colour options ranging from black, green, purple, and orange (Pro model only). For both smartphones, there is a 6.39-inch Full HD+ OLED screen with popping colour representation and nice contrast as well as a waterdrop notch on top. Also, the smartphones have an under screen fingerprint scanner making giving it a touch of a flagship.

To make the stance Huawei has on the Nova 5 series photography prowess more obvious, the Nova 5 series packs a total of four rear cameras and a single front camera. These include a 48MP main camera, 16MP wide-angle camera, 2MP macro camera, and another 2MP depth sensor. In the dewdrop notch, however, there is a single 32MP sensor tasked with capturing selfies.

The Huawei Nova 5 has an 8GB RAM and 128GB storage space built-in and so does the Pro version except that it has another 256GB internal storage option. Lastly, you’ll be enjoying a 3, 500mAh battery and a 40W fast charging that will give you 85% in 30 minutes. Both smartphones will be running Android 9 Pie with EMUI 9.2 on top.