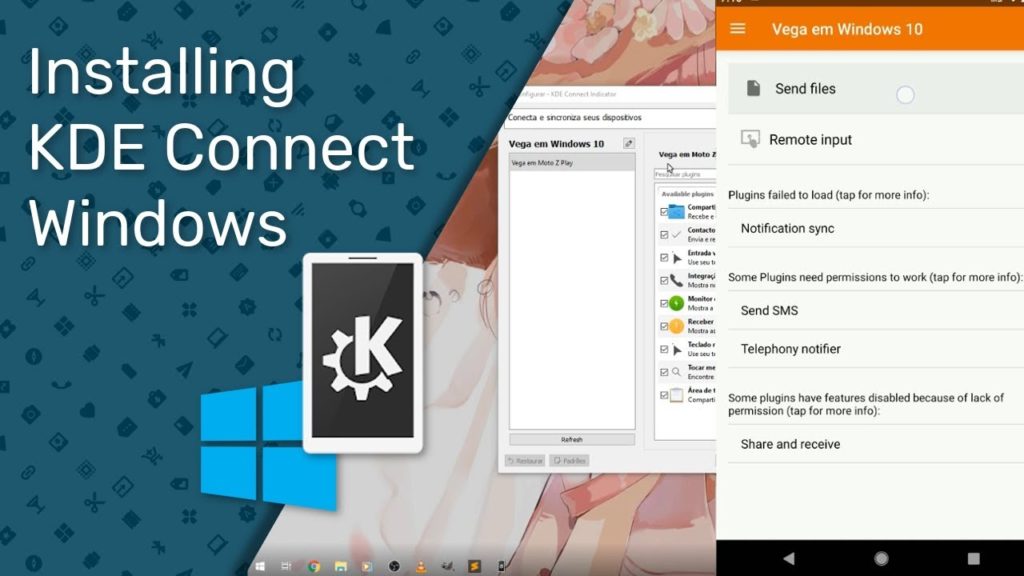 The ecosystem. Apple has been on top of this game for a while now. The level of integration between iPhones and other Mac products is tight and other platforms have been trying to emulate that for a while now.

On Windows, Microsoft has been developing ‘Your Phone’, a companion app for Android and iOS that’s meant to make that integration between the smartphone and the PC a little tighter. But even that has some short comings. I for one haven’t been able to get it to work between my Windows 10 and my Huawei. Also, this is exclusive to Windows 10 and let’s face it, that’s not many peoples cup of tea.

On Linux, KDE Connect has been the go to solution. And it’s worked well for a long time. It allows users to, among other things, use their Android as remote controls for their PCs (trackpad and keyboard inputs), control media, receive notifications on your PC from your phone, reply to messages and much more.

Anyone can build KDE Connect for Windows, and the client sort of works on Windows. But things aren’t in a complete enough state to become “official”, and many of the important KDE Connect plugins do not work.

Improving the condition of the client is Google Summer of Code student Piyush Aggarwal, whose KDE Connect for Windows GSoC project plans to tackle the current flaws.

The stated aim of his effort is to “…release a [KDE Connect] port for Windows OS, by fixing the existing plugins […] adding system integrations and publishing the official build to the Windows Store.”

It’s hoped that a release-quality installer can be submitted to the Windows Store for review by the end of summer.

And, in his latest progress update, Piyush shares the following video demo to let us all see how his work is shaping up.