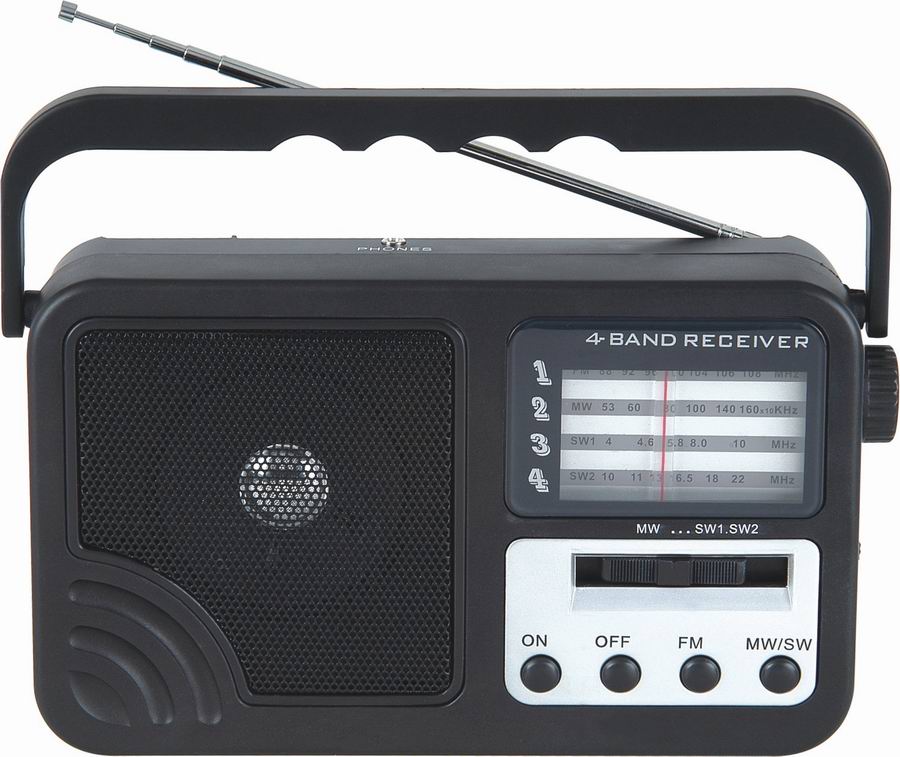 Mobile technology boom in Africa has received wide-spread attention more than any technological development including the Radio. Yet Radio is by far the dominant and most important mass medium in Africa. Its flexibility, low cost and oral character meet the African setting very well. In Uganda for instance, there are more than 200 licensed and 100 operational Radio stations with Radios coming as stand-alone devices or embedded in phones, torches, solar lamps and a wide range of consumer electronic devices out there.

In the era of mobile technology and the internet, Radio has been pushed to the sidelines as innovators, developers, governments turn to new forms of media like social media to disseminate information to the masses. And yet Radio continous to be the undisputed means of mass broadcasting in Africa especially for the those marginalized by the internet as Mawuna Remarque KOUTONIN of SiliconAfrica  writes;

For those excluded from the Internet, which now amount to more than 70% of the world population, radio is the only available medium to stay connected.

Mawuna who’s written a couple of posts advocating for use of radio in commerce and education does so on the premise that while European culture is based on the written word making the internet ideal as a content source, African culture is more oral. Hence a voice and image enabled platform — which Radio predominately is — the way to go.

Radio most definitely has all the valid reasons to be Africa’s number one Killer-App; from the cultural and historical aspect of information preservation in Africa, to its portability, interoperability with other electronic devices, low cost, and high accessibility among others. However, despite its wide popularity, other than some device vendors, Radio has seen minimal attention among the developer community who has instead preferred shiny web and mobile Apps for the following reason;

Radio by design is a one-way communication platform where information is broadcasted from the transmitting station to multiple receiving endpoints at designated frequencies. Listeners have no way to respond to the radio station or know what other listeners think about what’s being aired without using other communication channels such as the mobile phone.

Highly interactive content such as Educational, health content are better delivered through more interactive and engaging platforms such as the web rather than through radio without needing secondary complimentary channels. Plus in the era of sharing, tweets and Youtube videos going viral, radio may not be appealing to consumers who also double as producers of information!

Radio is a closed platform

Radio stations are stand-alone channels that can’t extend their functionality and content to other radios other than themselves. This limits on the distribution of the content and the amount of innovation that can be spurred around radio. Through what’s is called APIs (Application Programming Interfaces), content from one website can easily be shared/distributed to other websites or platforms thereby reaching a multitude of people on various channels. For instance, Facebook or Twitter for instance open their APIs to third party websites and Apps to share their content on social media.

Currently, there’s no easy way that developers can access all/some of the content that’s generated by the radio stations to further create something cool for the masses.

While Radio programs can be recorded and maybe replayed in the future, on the recipient’s end, this massive content can’t be searched or “saved” without sophisticated equipment or software with minimal resource utilization.
This content is kind of lost in the air waves(for those who didn’t have a chance to listen) and it can’t be retrieved again for those who listened to it. It can’t  easily be inter-linked! There are no “urls” and “backlinks” and “hyper-links” for radio content. Hence you can’t build a “Wikipedia” of content out of radio and there certainly can’t be a “Google” for radio.

Yes, if you’re serious about building a great radio station that people will listen to, that’s not as easy and as cheap as building your own website or blog that can be rolled out overnight. The internet on the other hand has made it insanely easy and cheap to publish and distribute content thanks to publishing platforms like wordpress, Google’s blogger and open-source technologies/software.

Multi-billion web companies have been built from student dormitory rooms and Start-ups built with little or no capital investment except by a team of passionate developers with laptops and internet.

Radio will still remain one of the most dominant media platforms in Africa, but its technological limitations drive developers to alternative platforms like the Web and Mobile technological that are more enchanting to innovation.

2 thoughts on “Radio: The Killer-App that African developers ignore (for the right reasons)”