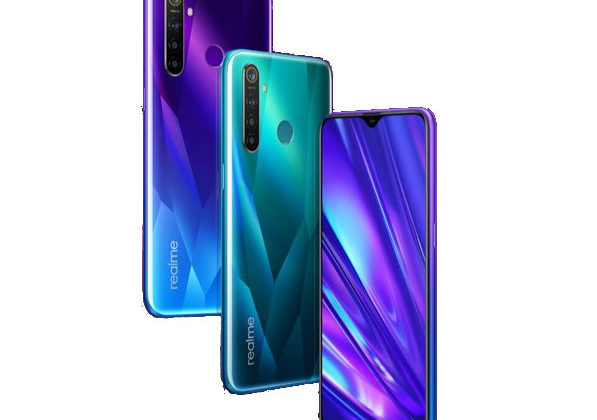 Realme is still relatively a new name in the smartphone market and is in some way not totally independent of Oppo which it was once a sub-brand under. However, it has released a number of pretty good smartphones since becoming an independent brand and it brings that to the newly released Realme 5 series as well. The Realme 5 Pro naturally comes with the better specs while the Realme 5 follows suit with some decent features as well both with an identical build. The Realme 5 is bigger compared to the Pro model and also offers a bigger battery but that is just about it.

In comparison to its predecessor, the Realme 5 offers some clear cut improvement and an attractive design. The smartphone sports a 6.5-inch waterdrop notch display with a decent HD+ resolution. Furthermore, you also have a Qualcomm Snapdragon 665 working in tandem with an Adreno 610 GPU and a 3GB/4GB RAM. In addition, you also have an ample 5, 000mAh battery capacity to see you through the day.

Furthermore, the smartphone carries a combo of four rear cameras and a single 16MP selfie sensor. Moreso, there is a 12MP main camera, 8MP ultra-wide camera with a 119-degree FOV, 2MP macro lens with 4cm focus distance and a 2MP depth sensor. The 3GB variant sells for about $140 and the 4GB version for $150.

Read More: Infinix HOT 8: Everything we know so far

On the Pro level, there is a better Qualcomm Snapdragon 712 SoC, a RAM size ranging from 4GB, 6GB to 8GB with 64GB/128GB storage space and a 6.3-inch FHD+ display although a bit smaller. Another thing that is also smaller is the 4, 035mAh battery capacity which is still very much enough for the day with a 20W VOOC 3.0 fast charge in support. It also looks the same way as the Realme 5 only that it is smaller but with the same crystal green and sparkling blue finish option.

A significant difference is also seen in the camera department with the main rear camera on the Realme 5 Pro being a 48MP Sony IMX586 sensor while the other cameras remain the same. Moreso, there is also a better 16MP selfie camera in the notch with an f/2.0 aperture. The Realme 5 Pro costs just around $200 for the basic 4GB/64GB option, $210 for 6GB/64GB variant, and $240 for the 8GB/128GB model.