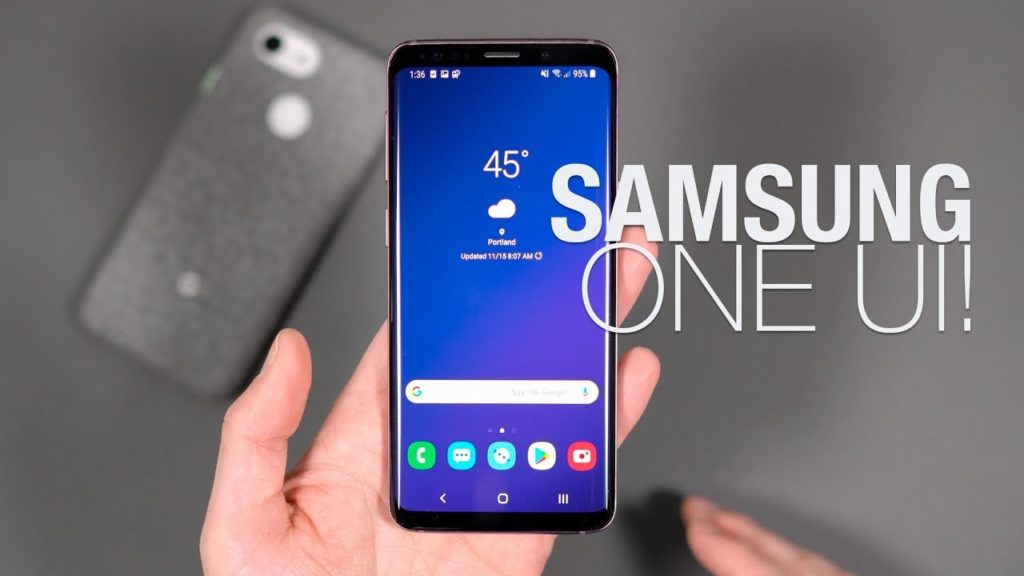 The next version of Android, Android 10 is just around the corner and OEMs have wasted no time in working on their own skinned version of this new version. Already we have seen Nokia release a timeline detailing when their existing devices should get updated to Android 10.

Samsung is also expected to shade some light on the same, maybe we shall see a beta announced for it at the Samsung Developer Conference like what happened with the One UI beta last year.

But even ahead of that, there seems to be a leaked firmware for the Galaxy S10. A video by Brazilian YouTuber Dudu Rocha shows him going deep into the OS and showing differences and updates to Samsung’s new One UI skin.

A big change can be seen in the navigation bar menu, where Android 10’s native gestures using the pill have been added. Going forward, this should be included on every Android 10 phone, but if you’ve become accustomed to Samsung’s gestures, it appears that option is still available as well.

XDA also notes that there are some other telltale signs that this could be legit, as many of the features from the recently released Galaxy Note 10 and Note 10+ appear to be present. You can actually see the “Link to Windows” toggle in the above screenshot on the Quick Settings section, while there is also a native screen recorder here, as Dudu demos very brielfy.

Unfortunately, the YouTuber doesn’t provide any links to this internal developer build, meaning we’re taking his word for the authenticity. And while we don’t know for certain when One UI 2.0 might come to Samsung’s 2019 wave of flagships, we’ll be sure to have a hands-on delving in once the OTA does begin rolling out. If you want to see everything unearthed, then check out the video below — it’s worth noting that the video is in Portuguese.

It also seems Samsung will be adding a couple of Note-exclusive features to the Galaxy S10+ with the update. During the video, we get a glimpse of the Link to Windows quick setting tile which debuted on the Note 10 lineup earlier this month. Dudu also gives us a quick demo of the native screen recording that is featured on the new Note 10 models.

The settings menu has gained two new sections as well, titled Local and Privacy. This lines up with new location and privacy permission features which have been included in Android 10.

Now, like most leaks, this video can’t be 100% confirmed. However, Weinbach over at XDA-Developers is pretty confident that the video is legit.

Unfortunately, there is no download or way to install this leaked build at this time. However, we could see a beta announced for it at the Samsung Developer Conference like what happened with the One UI beta last year. If that’s the case, we could see the update as early as the end of October.