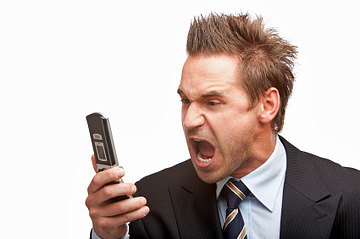 If you’ve a Smartphone, then gone are the days when all you could do is load Air Time to make voice calls and send SMS messages. Back in the day, when networks were not fast enough and phones hadn’t reached puberty, as I’ve said many times, any attempts to browse the internet was the most frustrating experience anyone could have with their phones. Today, having a smartphone without a data plan is as good as holding a feature phone. In fact, while I can comfortably go days without Airtime(for conversational voice and SMS), I simply can’t afford not to have data on my phone even for a single day! But this isn’t the same feeling for everyone! Some first-time smartphone owners or not-so-tech-savvy people(those who have no idea what Facebook or Twitter is) love to own smartphones without knowing the implementations that these devices whose livelihood heavily depends on data have on  their phone Bill.

Why you have that huge phone bill

When you download Facebook, Twitter, Whatsapp and have Email Apps among other Apps, your smartphone continuously “talks” with Google or Facebook internet servers to find out whether or not someone has sent you an email or tagged you in a photo so that when you unlock you phone, you receive notifications of what’s happening. The Apps run what’s called “background services” (loosely known as Syncing)  in order not to distract you from whatever you’re doing. To do this, these background services need a working internet connection, hence using your data even when you’re not actively using the phone. That’s one reason to qualify the “Smart” in the Smartphone! Now, if you’re not subscribed to a daily, weekly or monthly data plan or if it expires, PayGo data rates automatically apply (For Orange and Airtel) cannibalizing on  your usual Voice airtime. With 0.9 Shs/KB for instance on Orange Uganda, 20MB — enough to last 1 hour Maximum on my Lumia depending on what services are turned on– will cost you a ridiculous  Ug Shs 18,432.0 ($7.14) which is approximately 60 minutes of Voice to all networks! So how do you prevent this sort of thing from happening?

As I’ve explained already, Smartphone run “background services” in order to Sync data(tweets, emails, Facebook updates etc) on your Smarphone with your account on the cloud. I turn off Syncing for my Twitter and Facebook accounts, but leave Gmail which to me is very critical. Of course, don’t forget that when you turn these off, then you sacrifice functionality of the Apps. If you’re a modem user using a PC, then you want to turn off automatic windows updates and Anti-virus database updates which run in the background. Again, this is not by any means advisable as your security and the performance of your computer is at stake! If you get on Wi-Fi (which usually means being in the office here in Africa), then you need to turn these on.

Monitoring Apps give you an idea on what your data usage looks like. If you’ve a smartphone running Android Ice Cream Sandwich and higher, then you’re already sorted. This is an inbuilt function you can find in the settings. If you’re running anything lower or have another OS, then you need to download third party Apps such as My data manager or  3G watchdog. With these, you can tell which Apps is consuming the most data, you can set usage limits among other features.

This is a bit of a long shot, but if you desperately need to take charge of your mobile data usage, then you can employ it. Since some Telecoms, automatically switch you to PayGo rates, you can buy airtime for only the data you need to use so that there’s no balance that the system can apply Paygo rates. For instance if you need to use 150MB, then you buy Ug Shs 5,000 and load your bundle.  This works for modem users, otherwise, if you do this on the phone, then you won’t be able to traditionally communicate with your friends. These are only “work-arounds” and they’ll by no means put an end to a stream of complains overwhelming carriers’ call centers from frustrated users who feel cheated of their Airtime. Either the carriers have to lower the cost of mobile data or come up with innovative ways having users consume their data services without feeling the pinch.

3 thoughts on “Hello Telecom, where did my Airtime go? Here’s how to manage your mobile data plan”