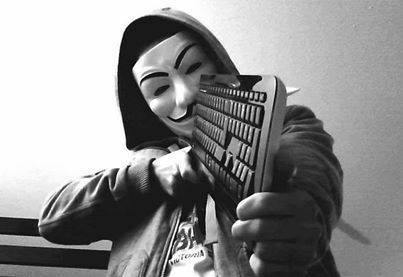 I always wondered why neither CNN nor Al Jazeera never  consulted me on issues regarding social media in my country – Uganda. Yet, I literary was a social media ‘expert’ – at least to my colleagues. I later came to learn that those interviewed were the ones who had leveraged the power of new media to widen their scopes of influence. And probably, some had received citizen journalism training albeit most of them being self-proclaimed maestros of the game.

But wait! I was also a hopeless new (social) media buff. It dawned unto me that is was all along a vanity affair. A high number of  followers, Retweets, hits, Likes and vanity metrics alike were highly revered. This was yet to breed a new wave of digital narcissists who would do anything to protect their supremacy.

Arise ye narcissists! They believe that they know a successful or a potentially successful blogger, business executive or designer when they see one. Sadly, the pattern is always a citizen journalist X, award winner Y, friend’s daughter Z – or themselves. To me, pattern recognition is common parlance to the ‘crab mentality’. A story of how crabs never allow another to climb out of a bucket they are enclosed in, but rather pull it down. This kind of madness must stop.

But it’s not about to stop — not even in the future future.

The sweet pleasantries showered with these media ‘celebs’ have blind folded them. They don’t necessarily front their selfish interests to the curious international fora but have instead set a cartel in hope of establishing a monopoly. They’ll frustrate you in all ways possible.

There are scenarios when your content is used at the least possibility of accreditation. Narcissists, we see you. It’s possible that you’re sweating as you consider the legal ramifications of your actions, but don’t worry – you’ll note that neither am I doing pro bono legal service nor am I a learned friend.

More importantly, contrary to popular opinion (ctrl v + ctrl c), we at TechPost are dedicated to penning away well-thought industry analyses and stories to inspire. The day we realized that we couldn’t beat AllthingsD and TechCrunch at churning out international tech news was one of our ‘Anha-thank-goodness’ moments. To focus our energies to telling the African tech story as we see it unravel at the terrific pace, is quite humbling.

Oh, by the way, we love communities; the joy a guestblog brings is second to none. We’re, because we sought to provide a platform for the few afro-centric bloggers to tell their stories as a colourful collage showcasing the fast rising tech scene of Africa amongst others. But why does this seem as an illusion? The crabs just won’t let go.

This is where I borrow sentiments form my Psychology friend; to be successful; you need more grit than ambition. He articulates, that grit is that perseverance that fuels you to work through adversities in the long run without even seeking the spotlight contrary to what ambition negates.

Taking shortcuts to garner attention and vanity metrics through forming, dirty tricks and illicit campaigns will only benefit in the short run. Also, ignoring and frustrating newbies is a thing of the past. Nowadays, collaboration is the new form of competition. Besides, what we’re all striving for is to make money and empower our readership in the long run. I’ll say this once again; copy paste is evil, there is so much things happening in our backyards that go unnoticed. It’s until we showcase  these stories and perhaps contextualize international stories that we’ll realize the full potential our trade.

I know I am not alone on this one. The truth of the matter is nobody really cares about you and your product(s) (that’s if they don’t pull you down) but the sure way out is to persevere and be extremely good your trade. Too good that they won’t afford ignoring you.

It starts with a little change in attitude.

Editor’s note: The views expressed above do not necessarily reflect those of TechPost.