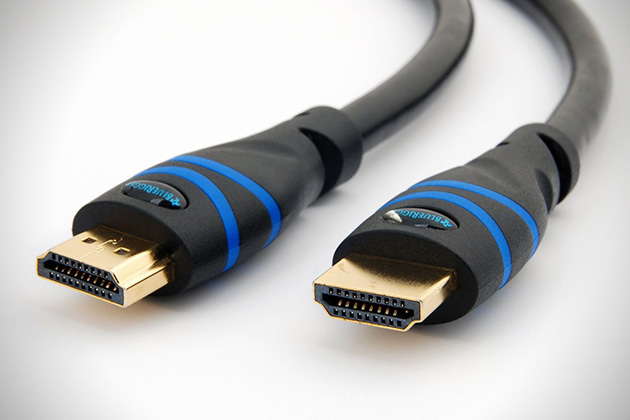 An HDMI cable is an indispensable item you always want to have at home. HDMI short for High Definition Multimedia is a standard and an interface or port for transmitting high definition digital video and audio data between devices. HDMI is now supported on over a billion devices including laptops, desktop computers, computer monitor, video projector, digital television.

Now to take advantage of HDMI, you need devices that support the standard. They should have an HDMI interface or port which is used to connect to them with the aid of an HDMI cable. HDMI cables come in all forms and colors, but they all do the same thing — transfer video and audio signals from one device such as a laptop to another such as a TV.

There are five different HDMI connector types including Type A, B, C, D, and E. But the most common one for the most common use-cases is the Type A (standard) which is 13.9 mm × 4.45 mm, has 19 pins. It’s used to connect HDTVs, Smart TVs, laptops, set-top-boxes, projectors, Blu-Ray, DVD players. This is what I am considering in this article.

So what can a Type-A standard HDMI cable do for you?

Watch Movies from laptop to TV

The most popular use cases for an HDMI cable is watch video content from your Laptop on your TV — any TV — whether its smart or ordinary. A TV certainly gives a bigger visual appeal especially in a living room setting. If you have a movie downloaded on your Laptop or an online streaming service such as Netflix, then an HDMI cable is one of the best and cheapest ways of watching content on the TV.

Related post: 5 ways you can use your TV’s HDMI port

In the absence of an HDMI cable, you need a Smart TV with all the bells and whistles which some people might not have.

Another yet popular and productive way of using an HDMI cable is connecting your Laptop or Desktop computer to a second monitor. Most people are fine just working with one monitor which is their computer, but some other category of users such as software developers, video editors and creatives simply can’t work with one monitor. A second monitor vastly improves productivity instead of minimizing and maximizing windows which is tiresome and an ineffective way of working.

Related post: 6 uses of that HDMI port on your laptop

Connect your decoder or Set-Top-Box(STB) to TV

Yet another use of a good HDMI cable is connecting a PayTV or Free-To-Air decoder to your TV. Previously, Composite AV cables (also known as banana pins) where used. But those days are behind us now. Most STBs now come with an HDMI port for the purpose of transmitting high definition video/audio content to your TV.

Connecting a Streaming Box to the TV

Streaming boxes are now replacing the good old SBT boxes. Online video content is growing as internet speeds are. So most people are starting to subscribe to online streaming services such as Netflix, Plex, Apple TV+, Prime Video etc for entertainment. These services are accessed from streaming boxes such as Roku Express, Chromecast, Fire Stick, Apple TV, Mi Box S etc. All of them use the HDMI interface to connect to your existing TV. Best thing is your TV doesn’t have to be smart. In any case, these streaming boxes simply supercharge your ordinary TV with internet streaming capabilities.

Yes, TV Soundbars are beginning to be popular for a number of good reasons. Smart TVs are becoming slimmer with HD displays compromising sound quality. As a result, soundbars have risen in popularity as viable means of getting better sound quality from your slim TV.

A Soundbar is bought separately and powered independently from the TV. The soundbar connects to your TV via its HDMI interface using an HDMI cable. Keep in mind that your TV must have an interface with  Audio Return Channel (ARC) we talked about earlier.

Where to Buy an HDMI Cable

Now there are numerous HDMI cables around. You can easily pick one from your local store or online for as low as $8 from Amazon.

For our Ugandan audience, get one for Ugx 25,000 from Odukar Store for Kampala residents or Ugx 30,000 from their Jumia store for those outside of Kampala.