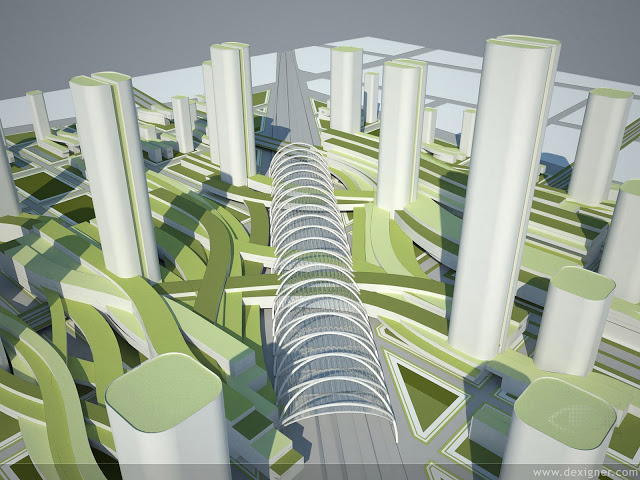 Research firm, Juniper just released its top 10 tech trends for 2014. The firm documents Technology trends that cover a range of fields, from smart cities to education, from wearable devices to 3D printing, where it believes there will be significant activity – be that adoption or disruption – over the next 12 months.

Most cities in the world were build with more emphasis on the physical infrastructure, that is drainage systems, transportation, electricity, water systems among other things that constitute modern cities. However, as the population and activity around our cities grows, so does the pollution, traffic jams, power and water needs. Our ability to intelligently leverage digital networks, big data and cloud technology to manage this infrastructure effectively will determine how well we live in our cities.

Companies like Sensity are building a billion-node planetary network of sensors jam-packed with sensors for moisture, ambient light, seismic activity, radiation, wind, temperature, air quality — in street lights to build the next smart cities. Sensity is joined by big blue — IBM — that’s built an operating system for cities it calls Intelligent Operations Center (IOC) while network equipment giant Cisco is working with a community in Orlando, Florida to create a “Smart+Connected” city in Lake Nona.

It’s not just the big guns who are building the next smart cities, but small startups too. For instance Kenya’s Ma3route provides road users with realtime road traffic information in Nairobi city and Roadconexion hopes to achieve the same for the residents of Kampala.

4G LTE comes of age with 5G in mind

Research firm Juniper predicts that global 4G LTE Subscribers to double in 2014, as 4G LTE-Advanced roll out increases. This will be particularly true in developing markets where wireless technologies are more prevalent than their wired counterparts. The demand for faster networks is catalyzed by more data-hungry mobile Apps such as Twitter, Facebook, Youtube which constitute the most visited websites in most parts of Africa.

For instance in Uganda alone, already 3 operators have rolled out 4G LTE and these include MTN Uganda, Orange and Smile communications.

Mobile money will continue to grow — as will ‘mAgri’

The mobile phone has grown be more than a communication device for mobile subscribers in emerging markets. It’s also become the ultimate banking  endpoint bringing financial services to millions of unbanked users across sub-Saharan Africa and parts of developing Asia through the deployment of mobile wallets.

The research firm believes that 2014 will see a dramatic increase in the provision of micro-lending services which can enable farmers to buy goods or machinery to improve productivity and/or, through micro insurance, to protect against poor harvests.

The Watershed Year for Wearables

In 2013, we saw global electronics giant Samsung release its first smartwatch — the Galaxy gear — while search giant Google delivered the explorer edition of its wearable computing device, Google glass to testers for $1500. Glass has been demoed by  skydivers, abseilers, and mountain bikers wore the Glass and live streamed their point of view to a Google+ Hangout while Spanish doctor Pedro Guillen, Chief of Trauma Service of Clínica CEMTRO of Madrid demoed how to use to use the device to broadcast a surgery.

A landmark deal worth $30 million saw Apple selected to provide iPads to 47 schools across Los Angeles in July 2013. The iPads, which will have educational software pre-installed on them and necessary restrictions applied, has paved the way for tablet computing in schools to become mainstream. Google has also bolstered its presence in schools by launching Google Play for Education, a version of its app store which is designed for K-12 schools.

Last year, i wrote a post on the potential of tablets changing the education landscape especially here in Africa.

In Africa, one government school in Johannesburg took an enormously bold step and went ‘fully digital’ in a move that others may follow. Since January, all pupils have been required to buy a tablet computer instead of textbooks — which, astonishingly, saves families around R500 ($50) in the first year and R1500 ($150) in subsequent years, a huge amount of money for many families there.

Juniper believes that the number of tablets used for educational settings will soar during 2014, both as complement to – and in place of – desktop PCs.

While shipments of 3D printers are still at relatively low levels, Juniper expects them to increase significantly over the next 12 months as interest in their ever widening scope of applicability surges, in large part driven by a wave of leading vendors into the space. Hewlett-Packard has promised a range of consumer and industrial-grade 3D printers in 2014, while Samsung and Microsoft are mooted to be mulling over 3D printing’s potential.

We don’t see this taking effect in Africa. However, we see more interest in hackable [open] hardware such as the $35 computer — the Raspberry Pi — and boards such as the Arduino among the developer community. Already we’ve seen hardware communities begin to mushroom such as Kenya’s Gearbox which is the first open makerspace for design and rapid prototyping.

Among other predictions by Juniper include; Context Awareness in Mobile Computing Gathers Pace the growth of the  Personal cloud, disruption in the Home Gaming Market and Mobile Fitness Devices Diversifying into mHealth Arenas.

Do you think these predictions are on point? Let us know in the comments.