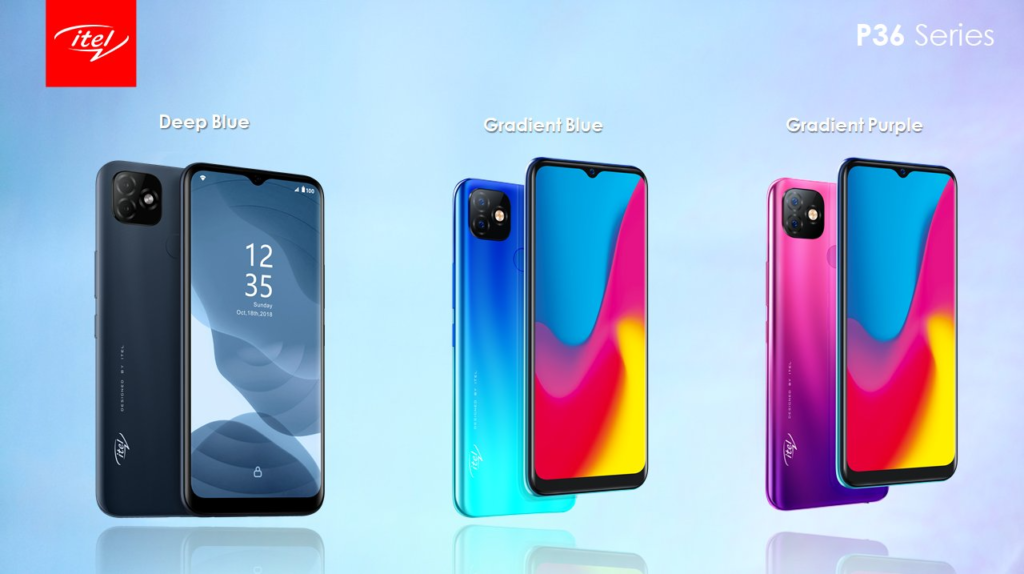 iTel has launched the P36 and P36 Pro smartphones in Nigeria. As expected from the manufacturers, it is a somewhat entry-level, budget-friendly device that possesses some great specifications. These two devices were launched as the first members of the iTel P36 series.

This post takes a holistic look at the specifications of both devices. Exploring major aspects of the smartphone to give you needed information to make a great buying decision.

Find below the summary of the specifications of the iTel P36 and P36 Pro smartphones.

A 6.5 inches HD+ waterdrop fullscreen display comes with the iTel P36 and P36 Pro smartphones. This sort of display offers the users with an immersive viewing experience. Especially while watching videos or playing games. The devices also have a screen ratio of 20:9.

These devices also feature a slim body design. In fact, despite the battery size, the devices is much slimmer than some of its predecessors like the P33 Plus and S15, which both have smaller battery sizes. The P36 devices series is 8.6mm slim.

The P36 and P36 Pro also features a uni body design which provides and ultra-slim and portable experience. The surface of the devices are also water resistance and dust-proof. It also feature matte glass materials which protects the screen from every fingerprint touch and dust.

This storage size, according to the manufacturers, can take more than 8000 photos and 3000 songs.

The devices provides double security for users – a face unlock fetaure and a fingerprint sensor.

The face unlock scans user’s facial features and unlock upon activation. And the fingerprint sensor is multi-functional that lets you do more that 8 things. This includes answer calls, take photos, access favorite app, e.t.c

Both the rear and selfie cameras of the P36 series devices features the portrait mode. This allows users to be the entire focus of every picture moment. The 8MP selfie camera on both devices comes with an AI beauty mode.

The iTel P36 and iTel P36 Pro devices both come with a big 5,000 mAh battery. And with the upgraded power master which comes in two modes listed below.

The P36 Pro comes with a 10W fast charge which reduces charging time by 50%.

In summary, the battery is great and can serve the purpose of heavy users.

From where we are standing, this looks like a bargain given its specifications.

Tell us, are these specs and price enough for you to upgrade to either one of the iTel P36 series smartphones?