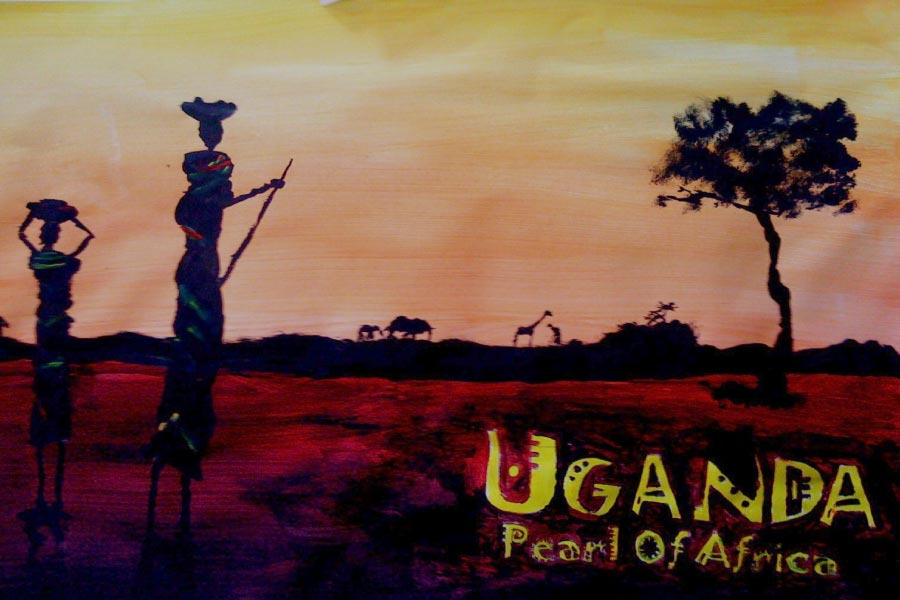 In 2005, Uganda spent  a whooping $1 million in  advertising costs on CNN for her “Gifted by nature” campaign. This quite was quite unsuccessful though.

So, between  the former and the latter, who did a  better job  in marketing the country? There are no prizes  for the right  answer –it’s very  simple. Stephen Kiprotich.

In 2012, Lonely planets named Uganda as the world’s top tourist destination. But, still, Uganda lags behind most of her neighbours on returns realised from tourism.

But the $4000 question is; how does the tourism ministry draw a balance between high advertising costs and stealing other moments of shine that occur once in a lifetime? –Growth hacking. Growth hacking is a process where the number of consumers and product awareness are exponentially increased with minimal or no resources. This is just what Uganda’s tourism ministry is deploying through the logo design contest. I call that moonshot marketing.

To  put it more aptly Uganda’s ministry of tourism  has launched a worldwide  logo design contest  for a new campaign dubbed “Pearl of  Africa.”

Ten million Uganda Shillings –about $ 4000– is up for grabs to the winning logo entry. The logo design competition is open to everyone allover the world. It opened on 21st January and will be closing on 20th February. According to the list of requirements the logo should be be representative of Uganda’s rich cultural heritage, abundance of flora and fauna and should embrace modern design principles and techniques.

Kudos to the organizers of the logo competition. I hope they line up a web redesign contest too, their current website is so 2005!