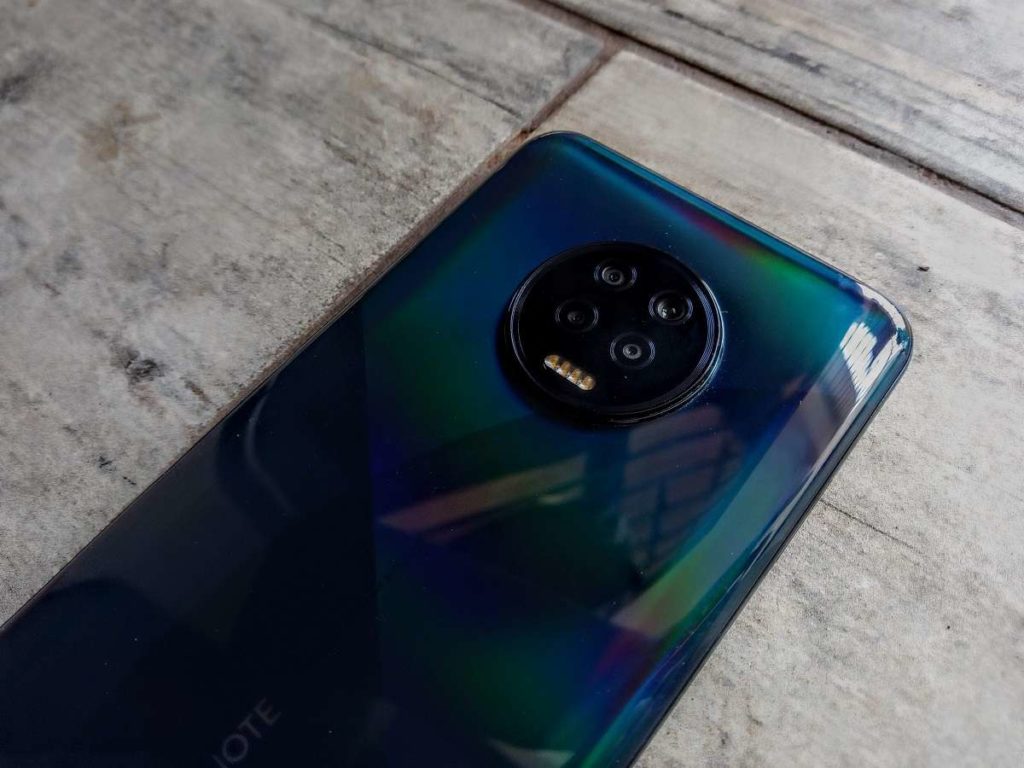 Infinix Mobility released the Note 7 into the wild just this month. But in case you missed it, I would implore you to take another look. The plethora of eye-catching features makes a strong case for upgrading to the Infinix Note 7 at this time of year. Yeah, yeah, we all know that the upgrades over the years have been a mixed bag. Nevertheless, we are positive about this one. Infinix might finally have struck gold with this piece.

Hear me out. The Infinix Note 7 does have a lot going for it. You get a 6.95″ HD+ Infinity-O display, a 48MP Quad AI camera 1080P low-light video camera, a powerful Helio G70 budget-centric gaming chipset alongside a 5000mAh battery to boot.

The Note 7 is a chameleon. My first go at it failed to capture the iridescent colors of the device. But this time around, it’s a eureka moment. In the right light, the device shimmers in a kaleidoscope of colors, the main color being green. Infinix retains a similar look to its predecessors, only that it’s much beefier.

The controls this time round were placed on the right with the left side bare. The power button doubles as a side-mounted fingerprint scanner. The setup is either ingenious or annoying depending on who you’re talking to. I personally loved it. It’s rather convenient for me.

What struck me first on handling the Note 7 was how huge it is. The 6.95″ HD Infinity-O display is humongous on its on. Add in a 91.5% screen to body ratio and all you see is screen and nothing else.

A major disappointment for me was the screen resolution. That an Infinix Note flagship in the year 2020 that packs a measly 720 x 1640 pixels (~258 ppi density) is just a shame. It’s not that the screen resolution is horrible, mark you. It’s still HD (720P) after all. But come on!

When it comes to device performance, everything boils down to one thing; raw processing power. Luckily, the MediaTek Helio G70 processor is more than up to the task.

The MediaTek Helio G70 processor is a 12nm octa-core chipset with 2 high-performance Cortex-A75 cores clocked at 2.0GHz and 6 Cortex-A55 cores clocked at 1.7GHz. The processor also packs an ARM Mali-G52 GPU clocked at 820MHz which power MediaTek’s HyperEngine Game technology and AI capabilities. More on the game part later on.

Boot up time is 17 seconds flat. The Note 7 does not lag, does not freeze, or has not for the month I have taken it for a test drive. I am not surprised though, given that the lower end Note 7 packs 4GB RAM.

Some welcome additions include Game Mode, Screen Recording, Bike Mode, and the ability to create a Hotspot to share WiFi. Additionally, you get a smart panel to offset the sheer size of the device. A bunch of apps can be added to a side panel for easy one-handed access.

The cameras are in their element in a brightly lit environment. The shots are vivid with just the right shades, instead of bleeding colors. Photos taken from outdoors can stand up to the zoom test. Even zoomed in, they are still crisp.

Slow-motion is another feature I loved from the get-go. I have never owned a device which could do that off the bat, so I have been envious. The slow-motion video looks a tad grainy, but all was forgiven when I saw the excitement on my nieces’ faces after they watched themselves dancing in slo-mo.

Other than slow-motion, the Note 7 added Short Video (14 seconds), Super night shots, Documents and Macro shots to their camera repertoire. Macro shots allows you to take pictures at a distance of 4cm or less. At that distance, the regular AI cam cannot zoom out far enough to take an in-focus photo.

If you’d be so kind as to look at the images we took with the Note 7 below, we added regular AI cam photos at 4cm which are blurry. But once we switched to Macro, the minute details are astounding. 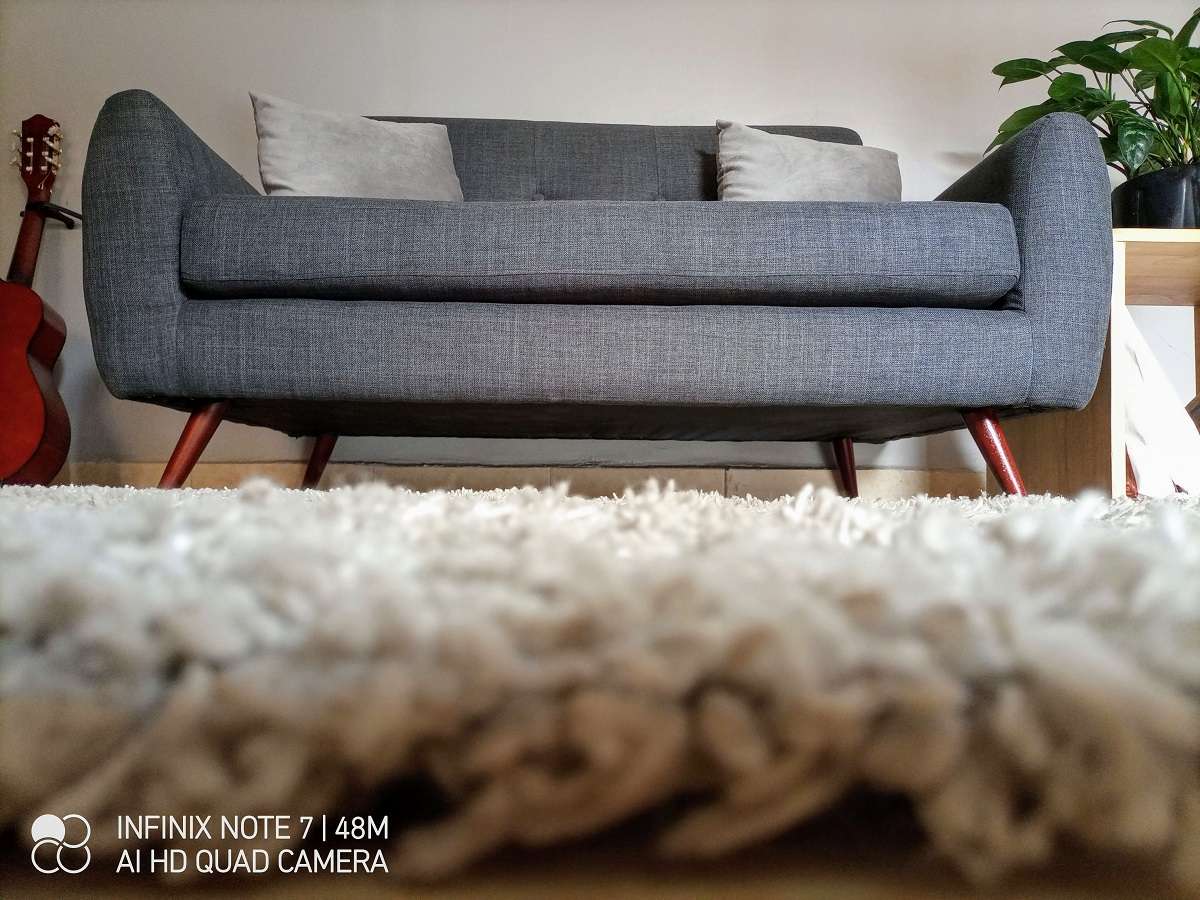 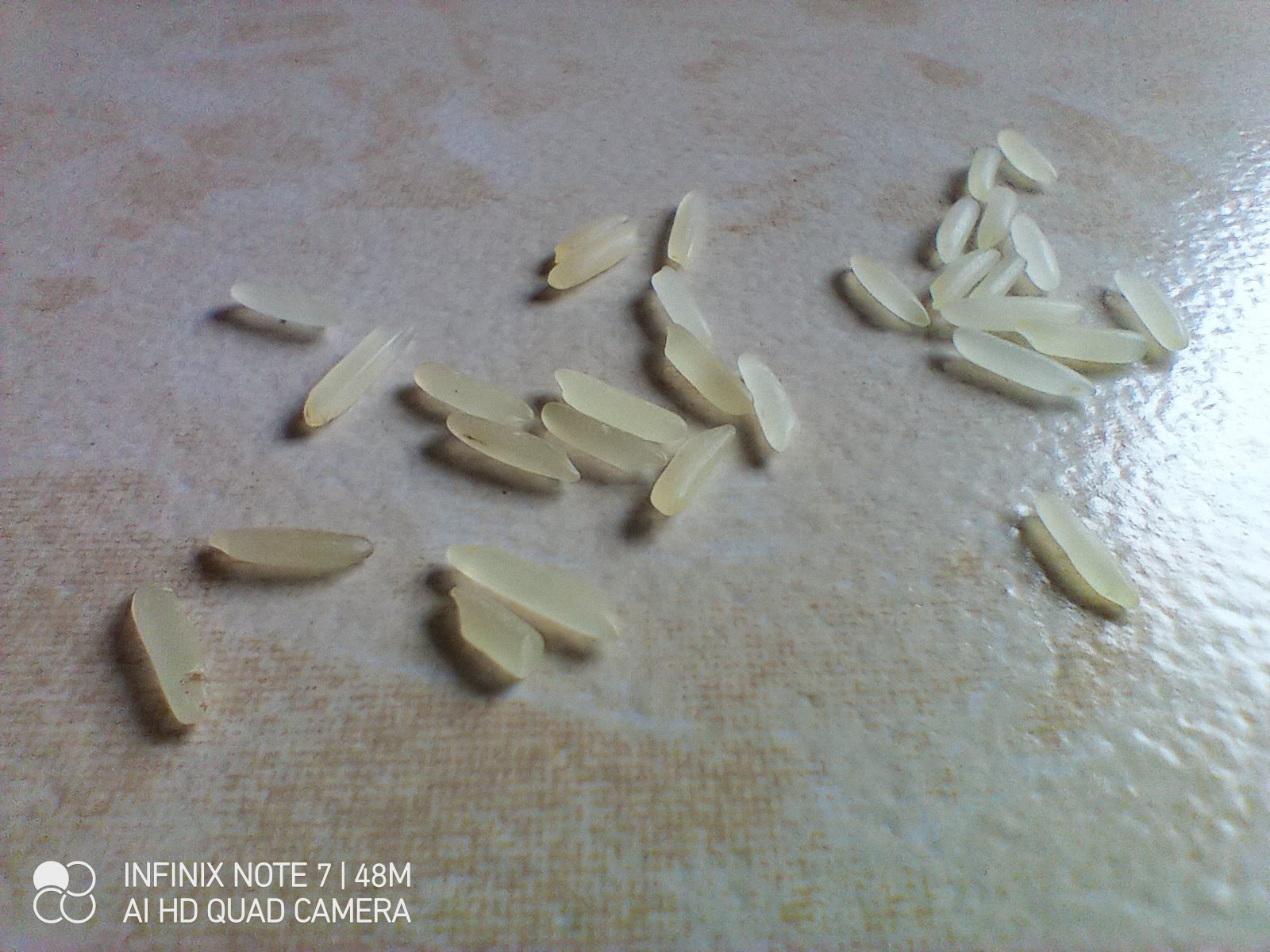 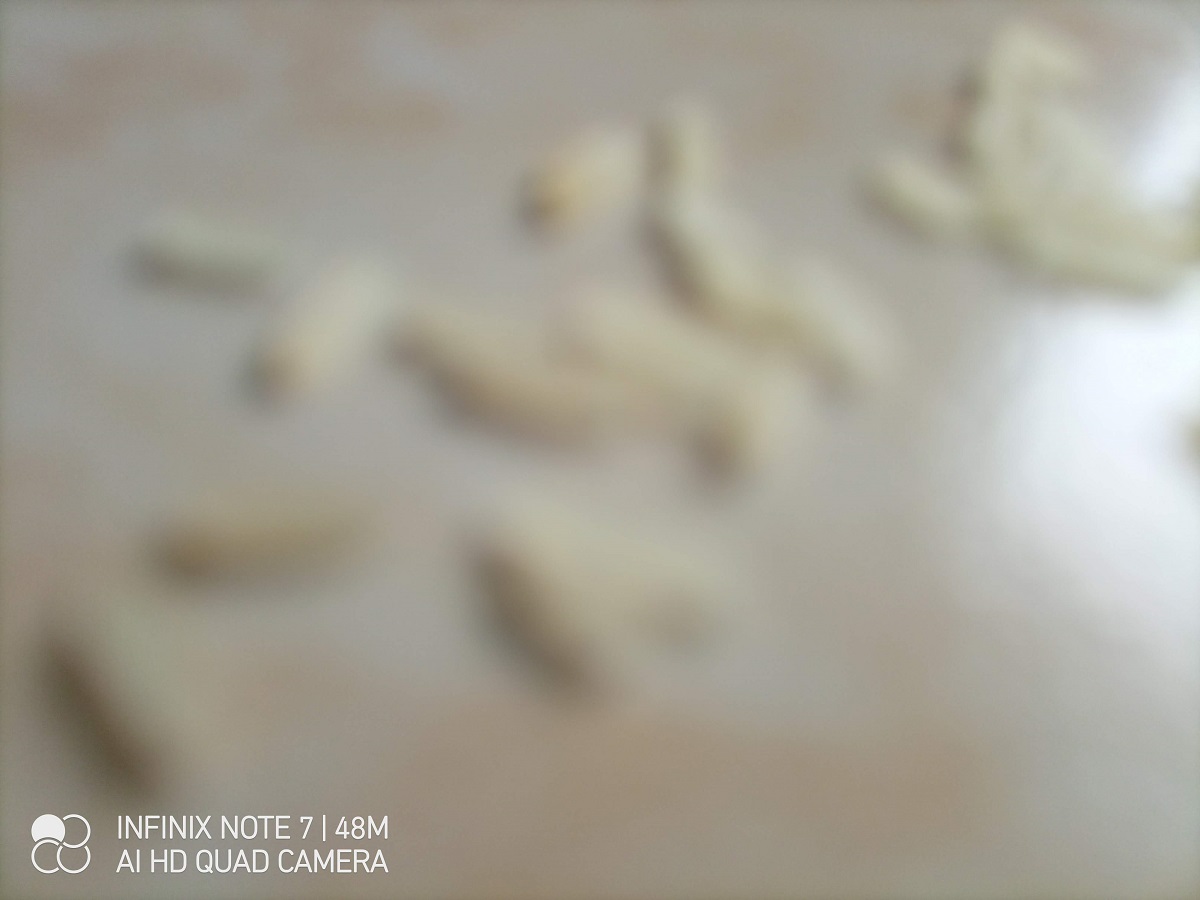 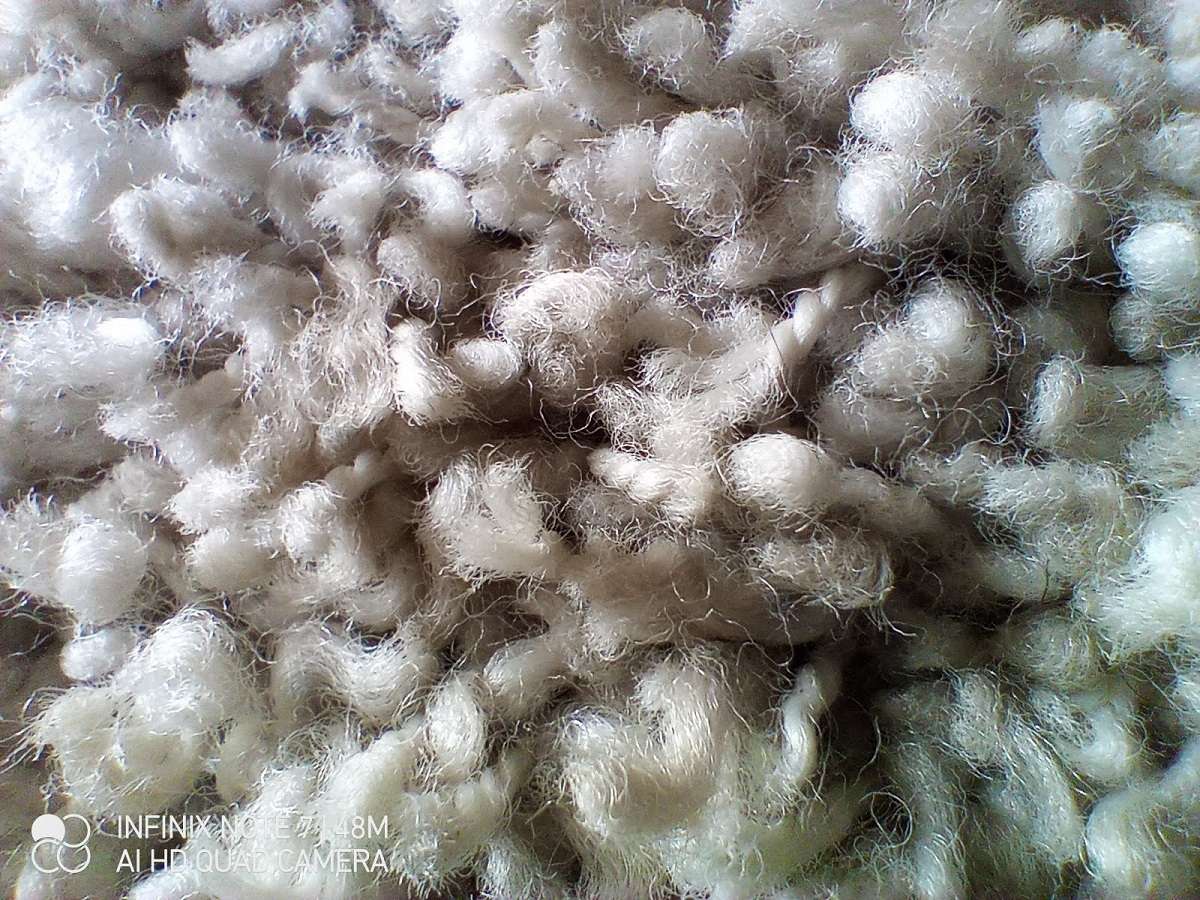 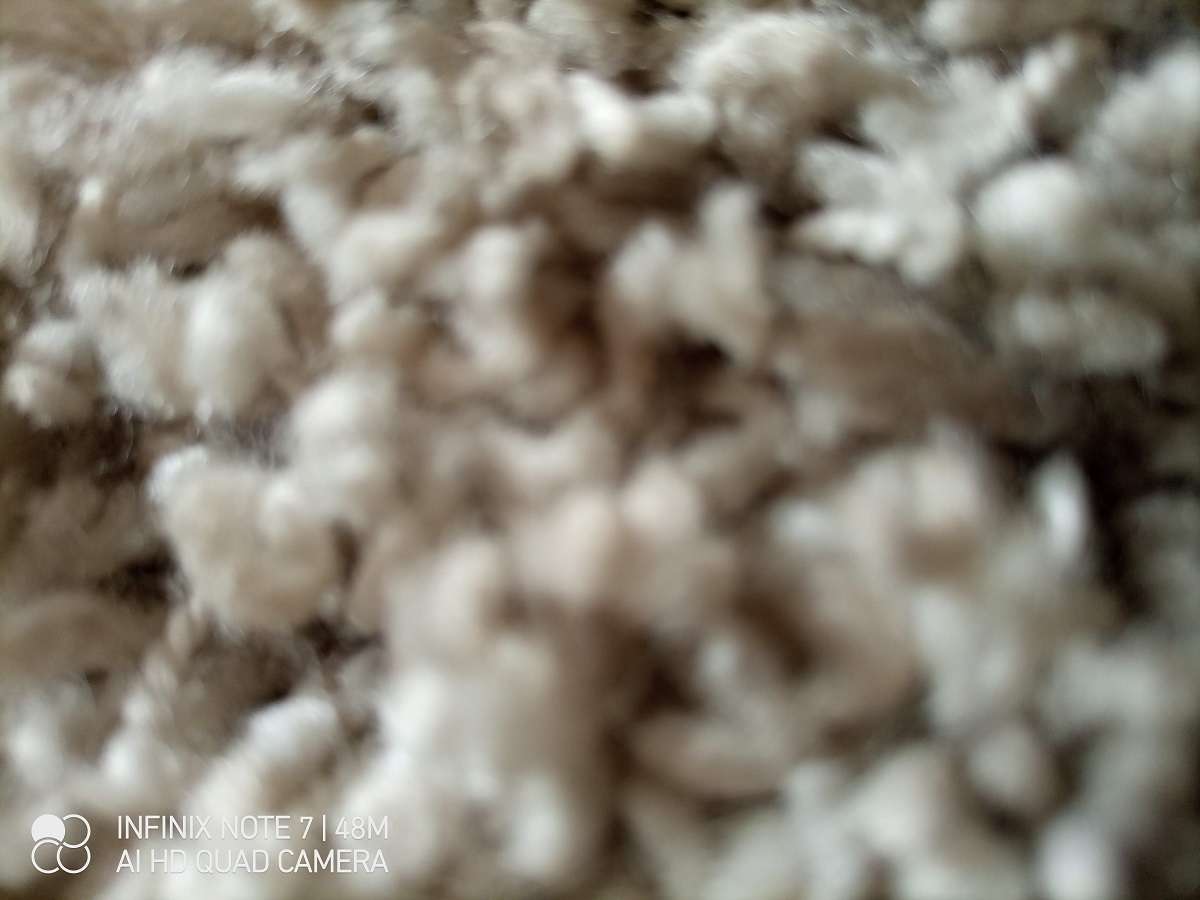 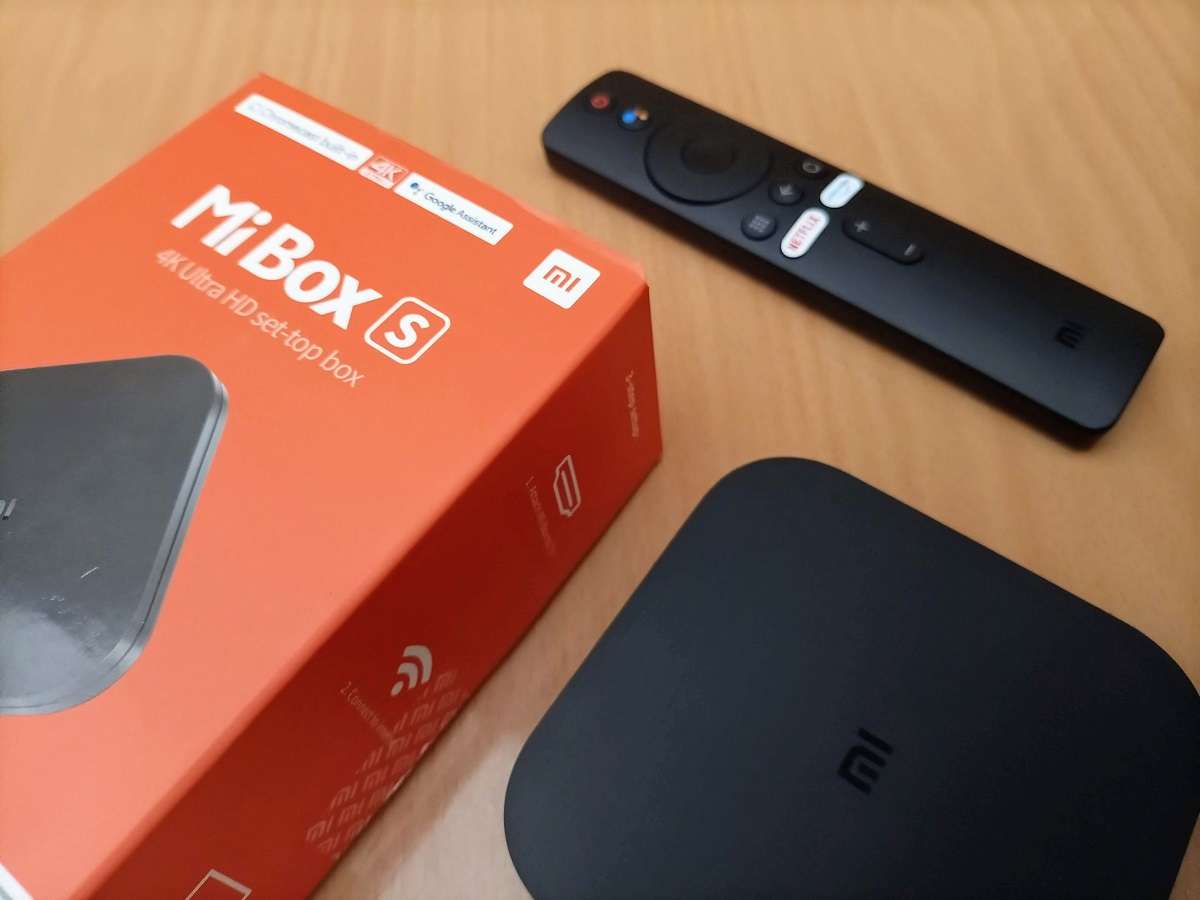 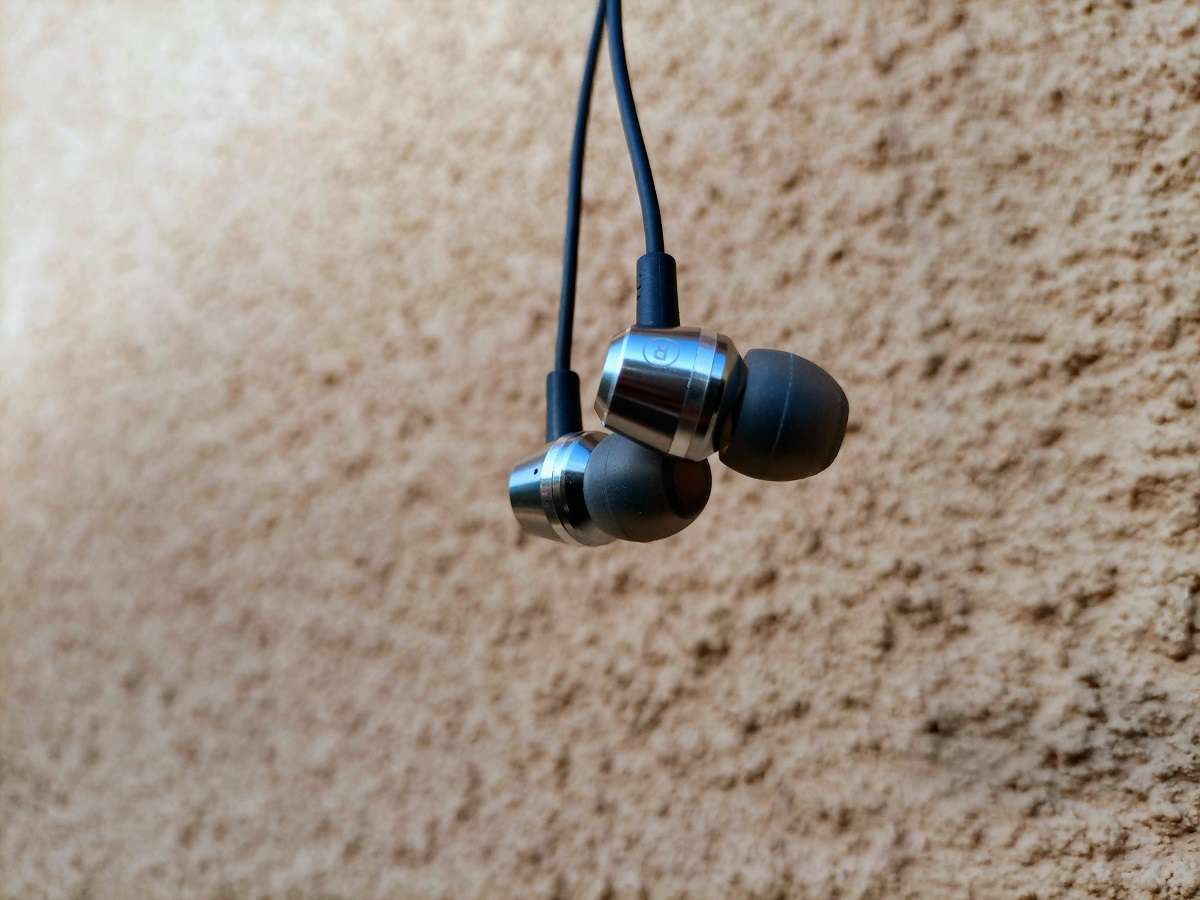 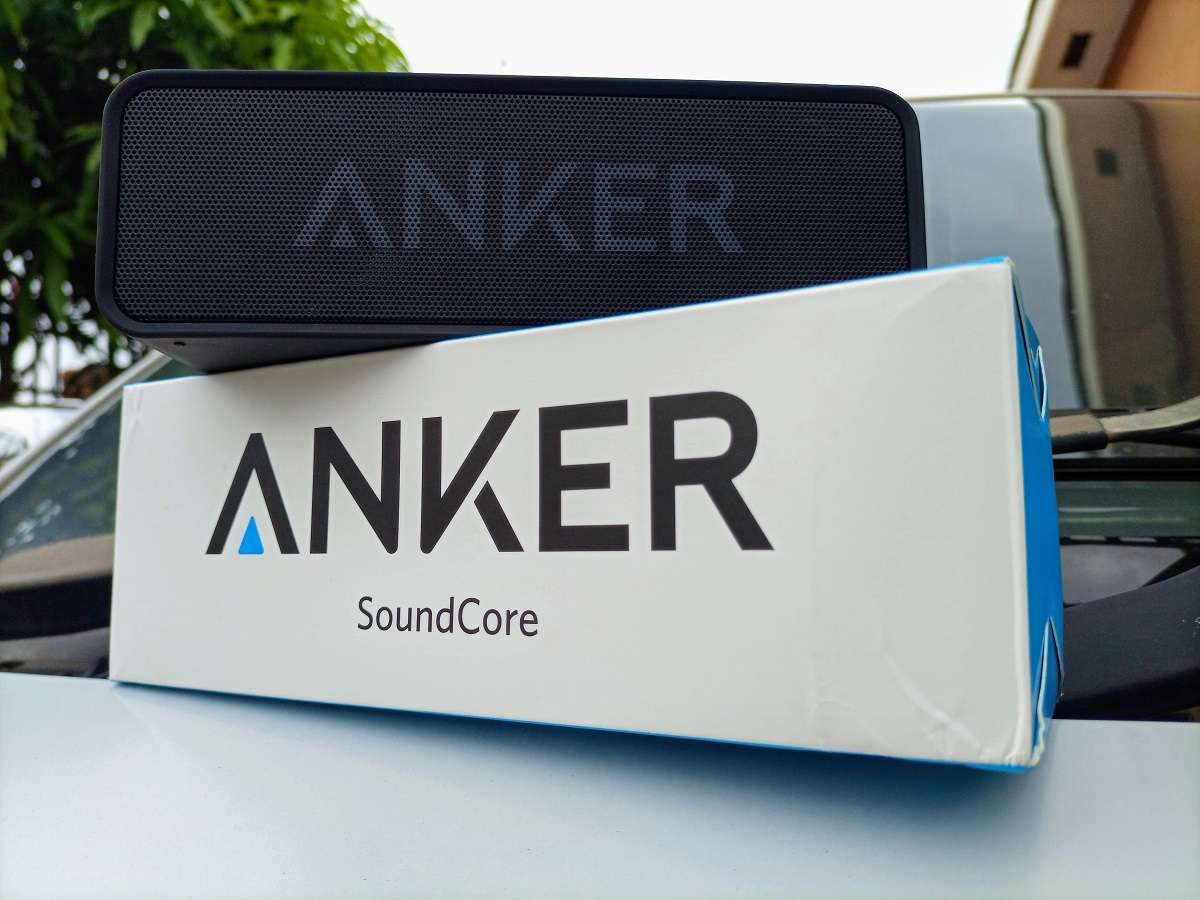 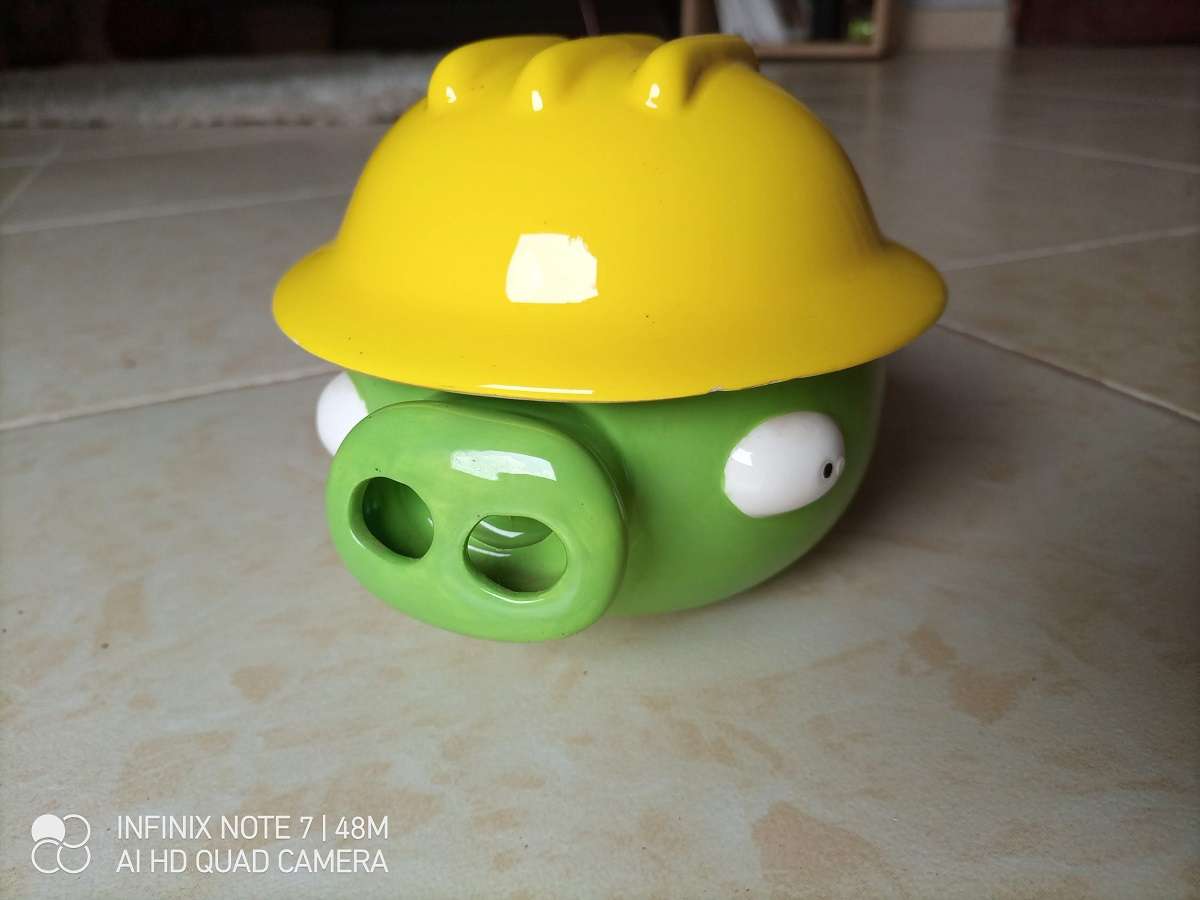 Those who love playing mobile games on their downtime will love the Infinix Note 7. Earlier, we talked about the MediaTek Helio G70 processor. The 12nm octa-core chipset with 2 high-performance Cortex-A75 cores clocked at 2.0GHz and 6 Cortex-A55 cores clocked at 1.7GHz also packs an ARM Mali-G52 GPU clocked at 820MHz.

This horsepower powers MediaTek’s HyperEngine Game technology and AI capabilities. You get an incredibly smooth performance with everyday tasks and also while gaming. That you get all this on a $200 device is astounding.

Now let me blow your mind; the Infinix Note 7 did not heat up when put it to the test. While I am in no way a hardcore gamer, once the addiction kicks in, I can game for hours on end. To test the Inifnix Note 7, I played Shadow Fight 3, Asphalt 8 and Asphalt Nitro for the better part of the month.

If you have ever tried to play a mobile game on a regular phone, you know how fast your battery drains. But I played Shadow Fight 3 for more than 4 hours a day and still had some juice to spare. And amazingly, the Note 7 was cool as a cucumber.

You can tinker with Game Mode settings to improve the gaming experience. This comprises freeing up space, a game boost, network acceleration and more. Overall, my experience with Game Mode was excellent.

If there’s one thing Infinix excels at, it’s the battery capacity of its devices. The Note 7 packs tremendous power in a 5000mAh battery. The device can take you through a marathon on moderate usage.

I was blown away by the mere fact that I could play a RAM-heavy game like Shadow Fighter 3 for 4 hours straight. After the deed, there was still some juice left to top up on my entertainment with Asphalt Nitro and Asphalt 8 for a few more hours.

Despite the big battery, Infinix ensures you spend less time plugged in with 18W Super charge 3.0.

On the bright side, most of these apps can be uninstalled quite easily. Unfortunately, once you open them, they keep pumping notifications when you connect the internet. I felt these apps cheapened the entire experience of using such a beastly device.

Micro USB is that pesky fly that just won’t die however much you swat at it. Ever since USB C started gaining traction, I am sworn off Micro USB. The technology has done its time and just need to be let go. So you can imagine the let down of a device such as the Note 7 shipping with Micro USB.

My takeaway from the Note 7 is this: it’s quite frankly a superbly built device. The MediaTek G70 processor under the hood powers all the awesomeness.

On the plus side, you a device built for gamers. The unit doesn’t heat up, has more than enough horsepower to ensure a smooth experience and a humongous battery to keep you mobile.

The camera is incredible too. You can take slo-mo videos, short videos, good night shots, scan documents out of the box and shoot macro photos. The images are vibrant.

My only gripe with the Infinix Note 7 is that after 5 years of excellence, they brought back a non 1080P smartphone. The Micro USB too didn’t do them any favors either. USB C is the way to go, guys!