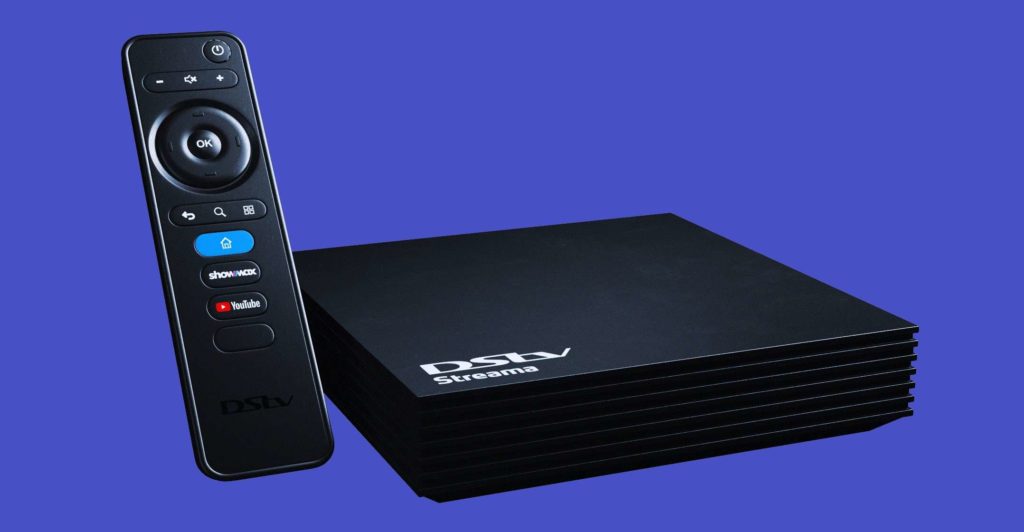 Remember the time when MultiChoice cried foul at the way Netflix was encroaching on its turf? For a moment there, it appeared like Netflix was out to get them, but MultiChoice has rebounded and taken the fight to their backyard. Fast forward a few years and MultiChoice has taken an unconventional step of launching its own media streaming box, the DStv Streama.

The name alone is a dead giveaway of DStv’s intentions of letting its legion of subscribers to view not only Afro-centric DStv and Showmax content but also content from select media streaming services like YouTube. The DStv Streama offers 4K streaming capability for users with 4K-capable TVs.

As you know, MultiChoice launched not just one, but two devices at the 2020 DStv Showcase. One of the biggest differences between the DStv Streama and the DStv Explora Ultra decoder is that the former doesn’t require a satellite dish to function.

Much as Streama is a media streaming device, you will need a DStv login to get started, although no active DStv subscription is required thereafter. MultiChoice is banking on Showmax’s entertainment lineup of series, movies, Showmax originals, kids’ shows, SuperSport, live news and more to net subscribers.

The details are still scanty but it appears DStv will have a one-stop selection of already installed apps i.e Showmax, Youtube, DStv and music streaming via the JOOX app. It’s not yet clear whether users can download third-party apps on their own though.

As for the price and launch date, we are still in the dark. MultiChoice communicated that that information will be announced in due course.