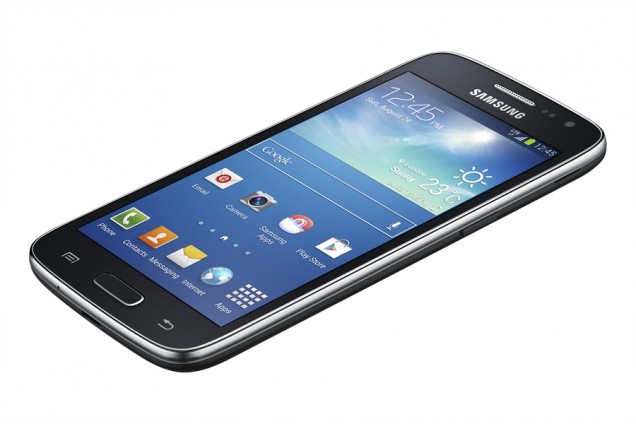 Samsung has announced the Galaxy Core 4G a budget LTE phone for those who desire high speeds and not necessarily performance. Samsung claims to have designed the Core 4G to offer users an optimized and enhanced performance, a premium design and a wealth of innovative smart features made popular by flagship Galaxy devices.

The Core 4G features a 1.2 Ghz Dual Core Processor with 1GB RAM and 8GB internal room, a 4.5 qHD Display, a 2100mAh battery, a 5MP Camera,  NFC technology and the usual Samsung Apps that come on every Samsung not to mention Android 4.4.2 Jelly bean.

Available in black and white, we have not confirmed how much the phone will be but unfortunately, the phone will not be available for Africa and may be for the right reasons since 4G technology  is still in its infancy and the current available 4G devices are hardly utilised since access and costs of data is still an issue in Africa.

Known for releasing a phone for every market, Samsung is not about to stop and will release as many phones as it takes to capture the biggest market share. Hardly 3 weeks ago, Samsung released the Black version of the S4, The Galaxy Neo and the Tab 3 Lite which are all cheaper variants of their flagship devices. Samsung is also set to release other phones at the Mobile World Congress.