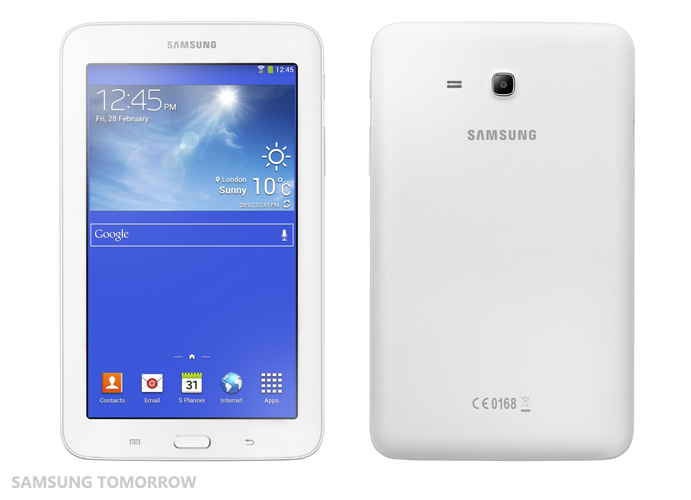 With the global competition becoming stiffer, Samsung isn’t ready to knuckle under as it wants each and every individual to own at least one Samsung device so that they maintain their place as Smartphone king but lately they not only want to make your smartphone; they also want to make all your devices and home appliances. Unlike Apple which makes phones for a targeted market, Samsung is best known for making devices for everyone. Samsung can boast of $100 smart phones and also high end phones depending on the size of your pocket. They are also one of the companies with the biggest advertising budgets to make sure they maintain a global presence as the smartphone king.

Samsung recently announced The Galaxy Tab 3 Lite a cheaper version of the of their Tab 3 series. According to Samsung’s official blog, the device has 3G capabilities and also features a 1.2Ghz Dual Core processor and a 3600 mAh Battery that last for up to 8 hours on Video Playback. The Tab 3 Lite that will be globally available in black and white options is rumoured to cost about $150 but Samsung is yet to confirm the price. The possibility that soon everyone might be able to afford a tablet is one that is very exciting for the African continent and could possibly impact a lot of areas like health and education among others.

With its cheap range of entry level phones like the Galaxy Star, Pocket and Music etc Samsung hopes to conquer the African Market while also giving options to those who can afford their high end devices like the current flagship Galaxy S4 and the much anticipated S5.