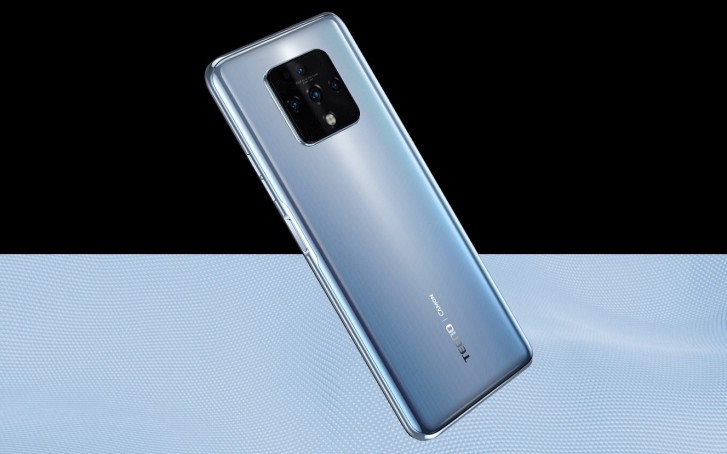 TECNO’s Camon-line of phones has always been associated with stellar camera performance. Today, TECNO has made official in an online event, its new generation Camon devices, the Tecno Camon 16.

These devices come to take over the mantle from the current generation, the Camon 15 line of devices. This generation has three different Camon devices;

The beefiest of them all, the TECNO Camon 16 Premier is the one that will be immediately available in the Kenyan market and TECNO promises that the other two will be available as well sometime before the end of the month.

So, what does the Camon 16 Premier bring to the table? Well, here’s a quick rundown of this device’s specifications, thanks to TECNO Mobile’s official listing.

The Camon 16 Premier spots a rather pretty finish with a square camera array at the back, reminiscent of what we’ve seen from the current generation Xiaomi Redmi Note 9 devices. This array houses a quad-camera setup with a 64+8+2+2MP configuration. These are the main sensor, an ultra-wide, a night shot camera, and a depth sensor respectively.

On the front, the 6.9-inch Full HD+ display has a pill-shaped cut out for the two front-facing cameras. These are a 48MP main sensor and an 8MP ultra-wide sensor.

Perhaps, the highlight of this device is the powerful Mediatek Helio G90T chipset, the same one powering its cousin, Infinix Zero 8, and the recently released Realme 6. This means that the Camon 16 Premier joins the budget 90Hz club.

Camon 16 Premier is available for purchase on Jumia Kenya at a price of Ksh. 28,499. With each purchase, TECNO is offering buyers complementary free Hipods. That is a nice touch.