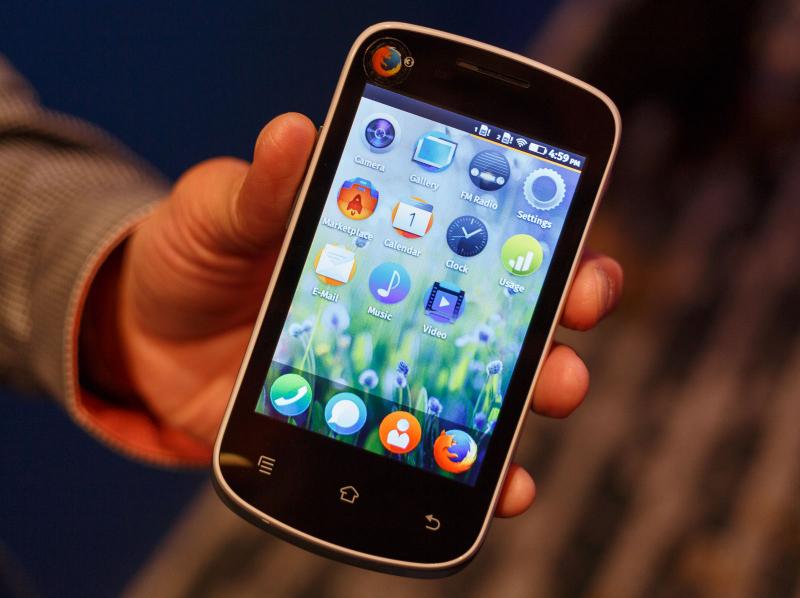 At the Mobile World Congress, Mozilla announced a deal with Chinese chip designer Spreadtrum Communications to mass produce a $25 smartphone for emerging markets. The device is meant to bring $25 smartphones to the large number of people who can’t afford high-end models like Apple’s iPhone 5S and Samsung’s Galaxy S5 that cost hundreds of dollars.

Hence for these Smartphone specs, this initial $25 price point is irresistible!

I’ve personally used a Firefox OS phone. It’s a remarkably simple to use phone that tends towards the low-end segment with basic features such as calling, texting, browsing, email and social networking.

Owing to the liberation that Firefox browser brought to internet users in the last decade, its no doubt that the organization has the vision to do the same to smartphones.

Firefox OS (codenamed Boot2Gecko or B2G) is a mobile operating system based on Linux and Mozilla’s Gecko technology. It is built upon open web standards like HTML5, CSS3, and JavaScript. Mozilla wanted HTML5 apps or modern web applications to communicate directly with the device’s hardware, which was only possible for native apps until now, e.g. Bluetooth, Wi-Fi, Camera, etc.

It’s just like Android. It’s an open source OS which means any hardware vendor can roll out their own devices free of charge with this software. Cool, uh! No.

Unfortunately, there’re several factors that come into play. The biggest huddle is developer adaption. App creators only come to your platform if its popular. The Whatsapp, Facebook, Twitters of these world don’t want to develop for ghost towns. That’s the challenge all other OSes face other than IOS and Android.

However, savvy readers must be cleverly wondering; If Firefox OS runs HTML5 apps, doesn’t this therefore mean that the platform can run millions of Web apps already existent on the internet?

The answer is Yes! But there are problems. First you’ll need (fast) always-on internet access(and EDGE won’t cut it). This is the same premise that the likes of Google with Chrome OS on chrome books rely on. But This Is Africa. Data ain’t cheap. The average cost per Gigabyte of data of carrier in Uganda for instance is $15.  It’s also often slow(2G) in most areas.

Hence operationally your $25 phone will actually turn out to be a $90 phone if we factor in data costs over a period of say one year for the average user consuming half a Gigabyte of data per month. Remember this is without voice and texting.  Therefore fact that the  phones run on a virgin platform (Firefox OS) and that it’ll become expensive to maintain over time just doesn’t make it a suitable device for the emerging markets.