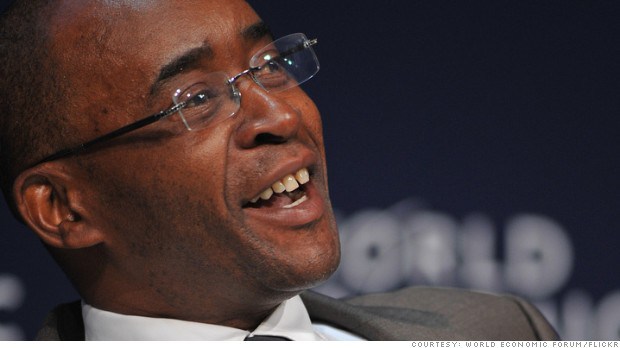 I was astonished by one of Africa’s leading entrepreneurs about the ideation process on the continent.

Strive Masiyiwa, Chairman and Founder of Econet Wireless Group believes in utmost discretion of ideas. In the recent past, he has taken to social media with a machine-gun-like barrage of motivational and inspirational stories to budding entrepreneurs in Africa. For sure, he has built a legion of followers — over 300k. Now, in one of his posts; he argues that ideas must be jealously protected and never disclosed to the world lest one risks manipulation, extortion or “death” of idea. He bases on the fact that Intellectual Property-backed companies are way more lucrative than brick and mortar companies built over decades but forgets that it’s an interplay of factors such as funding, team building, market among others –which I will discuss subsequently.

There is a modicum of truth in what he says and especially in his catch phrase “Ideas are the most valuable things in this world, handle with care!”  But things are quite different. In the history of the world, there is no better place to start a business like on the internet. The initial costs of entry are disturbingly low and the returns are mostly over the ceiling. All the businesses started on this meritocracy of the cyberspace start with an idea just like any other kind of business. Undeniably, the internet is a very open platform but the start-up eco-system in Africa is in its nascent stages and keen mentorship is needed for all of these mushrooming start-ups.

Everyone has an idea or two or even tens and they are as good as useless if they are not worked upon. Execution, execution, execution is the main word here. Execution being the process through which one bring the idea to fruition amid adversities such as meagre resources, an undefined market. My point is; filing for intellectual property rights shouldn’t be the first priority but rather more efforts should be devoted to developing a viable market fit. It would only be pensive enough to file for IP right away if one is developing the next admiral spaceship, maybe.

The most inventive cities in the world are; Eindhoven, San Francisco, San Jose, Malmo et al. These hold about 80% of the world’s Intellectual Property (IP). No African city appears close to the leader board but one thing for sure, Africans are damn innovative, just that they don’t file for IP or perhaps the copyright laws are predominantly lax and hence discouraging. The latter is true. To a larger extent. Besides, what could possibly explain the exorbitant levels of piracy on the continent — Africa currently has one of the highest rates of digital piracy in the world.

The kind of ideas you get now in Africa are copy paste ideas, which are not bad anyway. But are representational of a dearth of potential to solve locally relevant problems. Products like “Amazon, Facebook, Craigslist for Africa” is what ideators and innovators are pitching. In quest for quicker returns and perhaps filling the void in untapped markets. This current trend is a devil of sorts; it traverses in the fact that there are lesser solutions being crafted for the most pressing local problems. By the way, there are no prizes for guessing what would happen if Amazon finally found Africa fit for investment.

Notably, most of the economies in Africa are predominantly informal that is they are mostly small and medium scale enterprises. However new Africa is blessed with technology as a tool of economic leverage. This could possibly help jump start most sectors of the economies. Profoundly, blockbuster stories like Safaricom’s M-Pesa and iHub’s Ushahidi grace the tech narrative on the international sphere. We just don’t realize that there are millions of unheard of stories of failed small scale entrepreneurs which didn’t have the economic resources present to big corporations like Safaricom or even the aid available to humanitarian champions such as Ushahidi. This spawns to an interesting topic — traditional VCs in Africa.

To get funding, an investor could probably ask for your clan chain, totem, DNA structure, the name of your ex — it’s that stringent. If your idea is not brick and mortar kind then your chances at closing an investment round are slim. Also, if your idea isn’t borne of a humanitarian cause or a hugely funded but themed hackathon, then you should be ready to head the much trod bootstrapping journey. The chances of your idea never living to see it’s first birthday are very high, by the way, that is if it ever materializes.

A mistake most innovators make is to believe that that idea is the magic bullet out of poverty or success, so to say. It’s hard work, really hard work and strategic networking. Legendary Silicon Valley VC, John Doerr, co-founder of venture firm Kleiner Perkins Caufield and Byers is motivated to invest in the team he finds has the right chemistry and ready to work in challenging environments. He argues that ideas are nothing but just ideas. In fact he advocates for sharing ideas so as to aid the innovator in pivoting. He asserts that even if an idea was stolen, one simply can’t execute it as the innovator had planned.

Brother Strive, once again, an idea is nothing without execution!

The predominant image of Africa is still ruled by clichés and stereotypes, misconception and lack of information. The attention the continent and its people get in most of the international media is that as continent of extremes – extreme poverty and extreme exploitation.

But there is another reality, that of a thriving generation of African change makers who want to drive their communities, their countries, their continent forward. Young people, but also more established, who have this special future oriented mindset, trusting in their own capacities, their education and talent, their professional training and ambitions, their willpower and pride.

Their enormous efforts are mostly neglected due to constraints beyond control and these are the constraints you should be addressing.