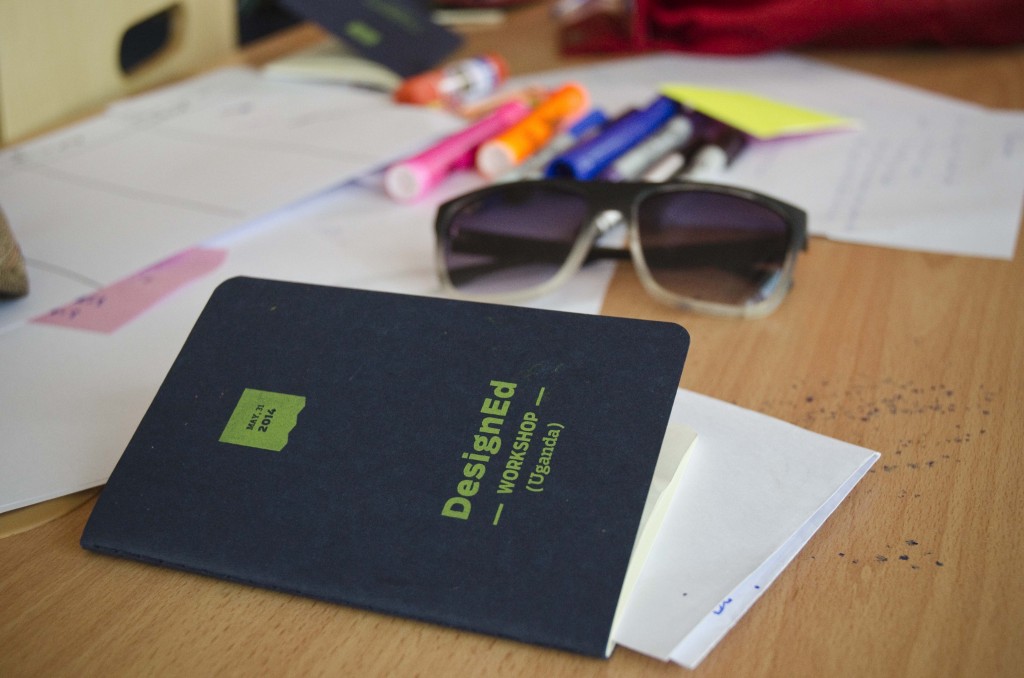 The incursion of the dot com kind of thinking is a tad too much nowadays. Suddenly everyone thinks that they have the best idea to change the world and grace the Forbes’ cover page atop the Billionaires list.

And that’s the problem with clichés. The mischievous overuse of some terms and words renders them useless and makes them primal to contempt. In Uganda, for example, it is not uncommon to get replied with “I’m fine!” after asking how some one is, yet it would be crystal clear that one is in a dire situation and would probably need immediate help.

A couple of days ago, I met this great lady, Penina Acayo, a research associate in visual communication design, in the department of Art, Art History and Design, University of Notre Dame in the U.S.

Two years ago, she had a dream. A very huge dream!

A dream that would change the way of we attended to problems and focused more the thought process.

The quandary at the inception of her dream was doubled with the fact that she didn’t have a starting point to mobilize resources requisite to executing the dream. “It’s the usual story, hipster fellows with nerd glass who can’t write their way out of simplest problems in everyday life” they seemingly said. But her dream wasn’t the kind where suddenly everyone wanted to type away a flurry of code, make a great app, change the world. Maybe. But rather teach people how to focus on understanding the problem and thereby giving it the right design treatment. As Albert Einstein said “If I had only one hour to save the world, I would spend fifty-five minutes defining the problem, and only five minutes finding the solution.” A lofty 55 minutes synthesizing the problem and just 5 minutes executing. Well played Albert!

When Penina starts talking, the first thing one notices is her passion for solving problems, not only in analytical but also creative ways. There are a plethora of problems inherent in the local communities but they remain cyclical no matter the amount of resources dedicated in mitigating them. They seem to be implanted in the human genome. It turns out the architects of policies and the innovators do not really build solutions to the subject problems. All the craft are, let’s call them, “pseudo-solutions” for the love of not discrediting their efforts. 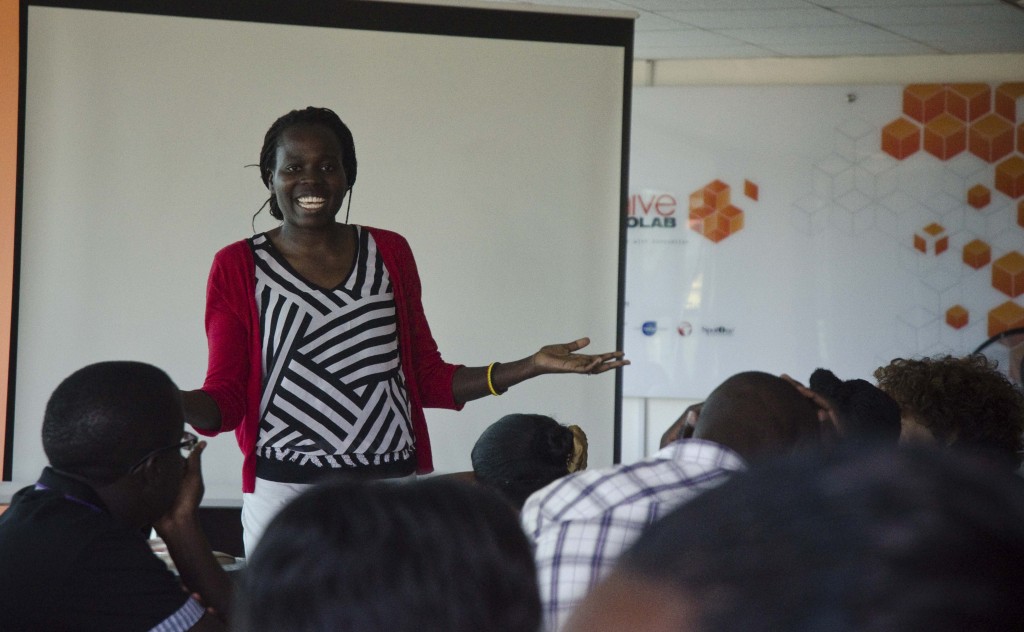 Peni, as she prefers to be called, wanted to evade this “I’m fine!” prodigy. Again, it’s not uncommon to ask any government official about performance of their particular sector and get replied with “It’s great!” followed by a barrage of statistical evidence, some doctored, others not, accompanied by a complete archive of positive media coverage.
She believes that there is a lot of sugar-coating, by the officials,  about performance in education and that there lies a bigger problem. She is a native of the country and is very aware that there is so much than meets the eye. By incorporating  Design education in the secondary school curriculum, majority of the students are bound to benefit because of the exposure of this kind of special training in their earlier stages of life. Even though she agrees with me that it’s a cold bullet to bite, she is so determined to carry on until the last sweat.

Part of her MFA thesis Abstract quotes, however, she argues that Uganda having one of the highest rates of unemployment in Sub-Saharan Africa, even those who graduate are more likely to float on the job Market.

This thesis study proposes a secondary level design education curriculum to be implemented during their two year advanced secondary level. Implications of this curriculum would empower youths with basic skills to become self-sustaining, proactive professionals and preparing them to join the labor market or go on to pursue a more rigorous study at the university level. This would ultimately play a role in reducing the high unemployment rates among the young people in the long run.

At her very first design educational workshop held at HiveCoLab in Kampala, Uganda on 31st May was a great entourage she tagged along with from the States. They gave great presentations and kept the vibe very positive. Peni would chip in at the end of every presentation to ask the participants; “what would you like to change?” of course, wearing her benign and infectious trademark smile coupled with movements allover the space to have one-to-one talks with the different teams that had been formed. 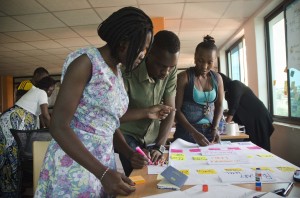 From the workshop, it was all clear, design can be used to solve just about anything under the sun. Design isn’t about photoshopping naked models or manipulating bezier curves in Adobe Illustrator, it is a great way of solving problems. One of the most nuanced groups challenged themselves with how they could solve the ever-expanding potholes that continue to riddle roads in Kampala which was a clear indication that people were thinking past photo manipulation. One thing that was mentioned again and again was the need to properly identify and define the problem in question before any solutions models would be built. Since design is purposefully made for people, it is directly related with people’s emotions and these same emotions must be brought in account even before taking the first steps. This is what WordWeb defines as empathy, the missing part that completes the design jigsaw.

When I asked Peni about the possibility of her dream of incorporating the design education model in the Ugandan education system, not to regurgitate Lupita Nyongo’s every dream is valid prose; she emphasized that the response from the ministry of education was encouraging unlike two years ago when the couldn’t even lend her a minute of their time to listen.

Prior to our meeting–which was out of sheer luck by the way–the U.S ambassador to Uganda, Scott H. DeLisi, had contacted to check on her design workshop’s progress.

The stakeholders are noticing and that’s positive for the movement of the design initiative.