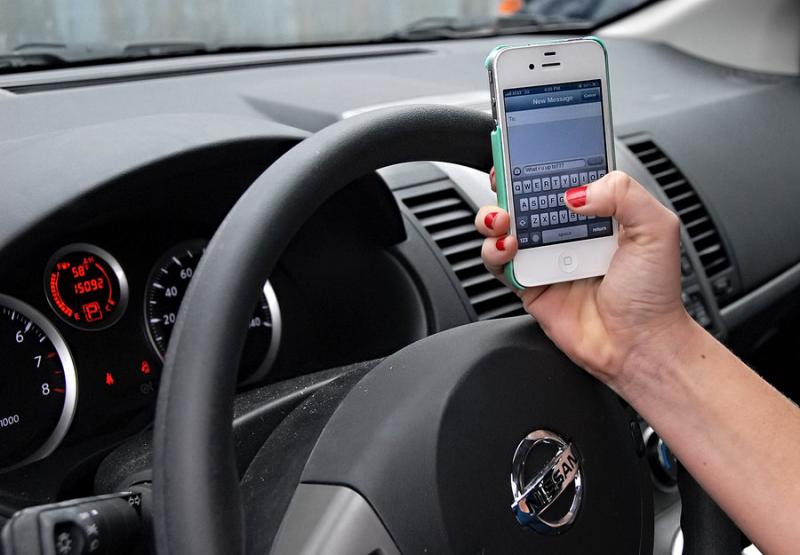 This should not happen to anyone. But we’ve heard cases of people actually having fatal accidents — maybe not as fatal as being hit by a truck — just because they didn’t take some precautionary measures or did some really silly things. I know some have lost a tooth or two, broken a leg or incurred some minor injuries on the road.

The cause is in most cases from a surprisingly unexpected end — our smartphones.

Smartphones rule our lives, even though a while back, we didn’t care much about them. However, the fact that these little devices are always connected to the internet and have social media apps such as Twitter, Facebook and Instagram embedded with instant notifications, we find ourselves  checking our phones even at the most inappropriate instances.

Whatsapping, Tweeting and Facebooking while walking

I know it can be a hard temptation to resist checking your phone when you receive that instant notification. Curiosity is part of human nature and instant gratification makes it even worse. Sometimes it’s not actually our problem. It’s the other person on the other end that’s texting you even when you’ve told them (or not told them), you’re heading out to the supermarket or home from work.

The apps are not smart enough to detect that one is walking or running and therefore turn-off notifications or at least alert the other party that one is actually on the go. They thus leave us to take personal responsibility — something we all know we aren’t good at sometimes.

But your insistence to check that Whatsapp message while walking on a busy street might get you knocked down by someone else, a bike or even more catastrophic a car while gazing at that funny picture. So stop it.

Texting and calling while driving

We’ve seen the signs “Don’t text while driving”. But, we humans are good at breaking rules especially this one. Car manufacturers, smartphone vendors like HTC, Nokia and software vendors such as Google and Apple admit that people will continue to use their phone even while driving despite the warning. As such, devices such as the HTC one, Lumia 820 come with “driving mode” option that provide driving-friendly interface for users to interact with their cars. Google just released “AndroidAuto” while Apple innovated “Carplay”, standards that enable users control their smartphones through the cars dashboard.

But don’t be deceived ( or flattered). Humans are terrible at multitasking.  You aren’t a computer that can run and process several things well all at the same time. In fact, the  term “multitasking” originated in the computer engineering industry.  It refers to the ability of a microprocessor to apparently process several tasks simultaneously. This Wikipedia article on Human multitasking agrees that humans are better at handling one task at a time rather than doing many things at the same time;  ” experimental psychologists have conducted experiments on the nature and limits of human multitasking. These experiments suggest that multitasking is not as efficient as work performed on a single task. In general, the subjects in these experiments exhibited severe interference when asked to perform even very simple tasks at the same time—if both tasks required selecting and executing an action”.

So, keep you hands either on the steering wheel or else risk your own life.

Taking selfies while walking or driving

Seriously, don’t do this. The selfie craze is everywhere and almost on every smartphone thanks to front-facing cameras. Taking a selfie obstructs your eye-sight from incoming objects which can be disastrous if you walking in a busy street. Even when you’ve stopped somewhere to take that selfie with a group of friends or solo, still you might never know what’s coming your way.

Other things you should avoid including looking at your Google maps for turn-by-turn navigation while walking, taking a call while crossing a busy road, or being driven by a driver-less car. Take caution while using your phone on the road, because while your phone can be replaced or you can always check that notification later on, your life can’t.