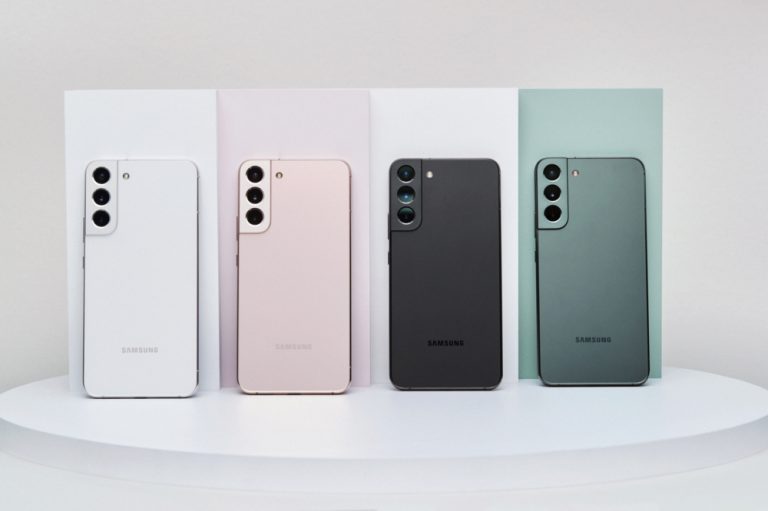 Samsung, today, announced the new line of Galaxy smartphones – the Galaxy S22, Galaxy S22+, and Galaxy S22 Ultra (which comes with premium features and an entirely different look and feel). The Galaxy S22 and S22+ devices, however, are the sub-flagship devices in this series and come with similar features and design.

We can confirm that both Galaxy S22 and S22+ smartphones feature the Galaxy S series’ trademark contour-cut design that blends the camera effortlessly into the back panel of the device. That said, one new addition to the design of this new series is that the camera housing is now designed to match the color of the phone’s body with a slim and symmetric metal frame, making it a delight to see. Still talking about color; both the Samsung Galaxy S22 and S22+ will be available in five colors; Phantom Black, Phantom White, Green and Pink Gold.

Samsung says the Galaxy S22 and S22+ are designed to power you through even the busiest days – with the introduction of the 4nm processor (the first on a Galaxy smartphone). However, location will determine whether your Galaxy S22 or S22+ comes with the 4nm Snapdragon 8 Gen 1, or a 4nm Exynos 2200. Samsung says they both feature an octa-core processor with one Cortex-X2 core, three Cortex-A710 cores, and four Cortex-A510 ones. Finally, the Galaxy S22 and Galaxy S22+ come in the 8/128GB and the 8/256GB variants. And as expected, they come with the Android 12 OS.

Finally, both smartphones are now available for pre-order. The Galaxy S22 will be selling for $799, while the Galaxy S22+ will be going for $999. You can pre-order your Samsung Galaxy S22 or Galaxy S22+ from Samsung’s website.