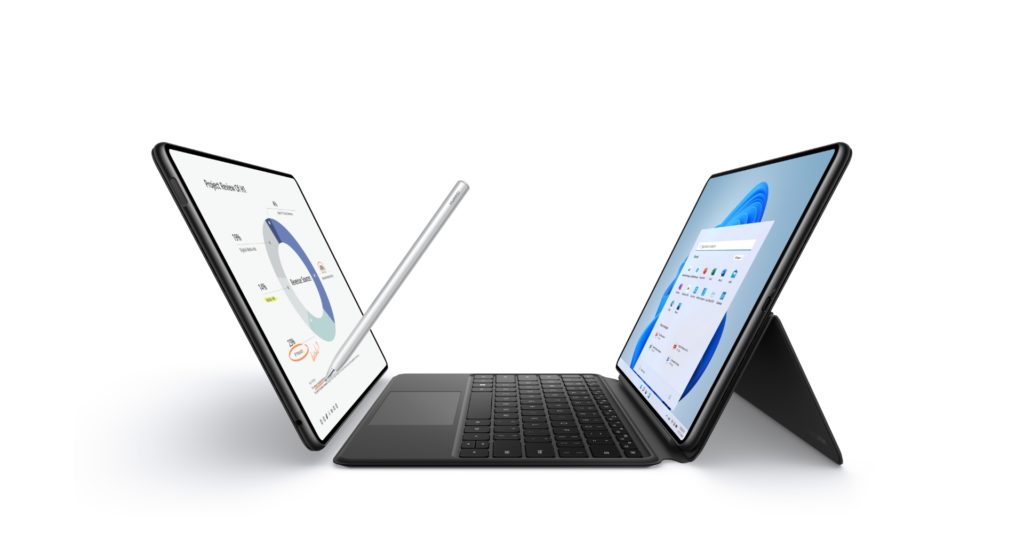 Out of the recently concluded Mobile World Congress 2022 that was held in Barcelona, Spain, Huawei launched the MateBook E tablet (among other devices like the MateBook X Pro, MateStation X, and MatePad Paper) that can be converted into a mini Windows laptop using its in-box keyboard dock.

It has also got full support for Huawei’s M-pencil stylus. At the launch, Huawei announced that the MateBook E will be starting at a recommended retail price of $709, and, although the release date is not yet known, we expect Huawei to begin shipping in a couple of weeks.

That said, here’s all you need to know about the MateBook E if you have plans to purchase one.

Related: Here’s Every Device Huawei Announced at the MWC 2022

One thing the Huawei MateBook E has got going for it is its portability. With a width of 306mm, a depth of 215mm, a height of 146mm, and a weight of 709g (Battery inclusive), it is arguably one of the slimmest and lightest tablets you can find.

The 12.6-inch display on this device is an ideal one to stream and consume video content on. It is also perfect for gaming if you are a gamer. Its OLED panel, coupled with the 2560×1600 resolution ensures that you get crisp, clear, colorful visuals. It is, however, disappointing that this display only comes with a 60Hz refresh rate.

This device comes in only one color (Nebula gray), unfortunately. It comes with a quad-speaker arrangement sitting around the left and right edge of the MateBook E. Although the MateBook E supports the Huawei M-pencil stylus, it does not come in the box.

You’ll have to get that separately. Also, the MateBook E doesn’t come with a sim slot, as well as a memory card slot. You’ll have to make do with either the 128GB, 256GB, or 512GB internal storage space.