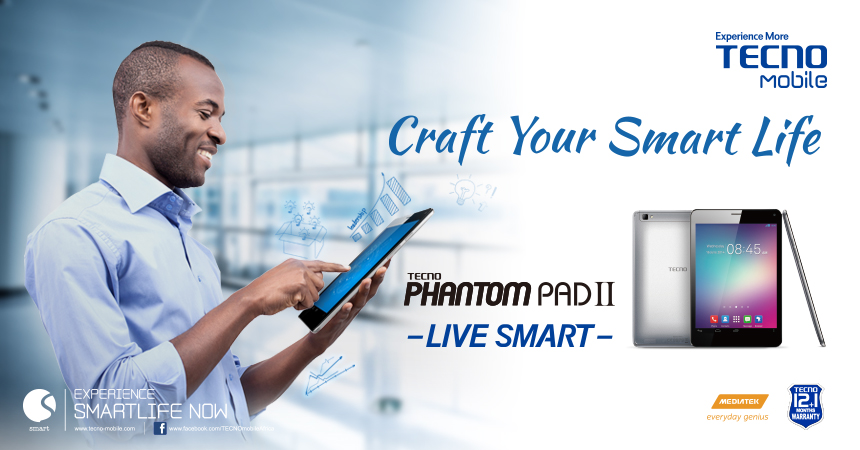 Last year Tecno released its first Tablet (The Phantom Pad) into the African Market after releasing 2 Phablets (The Phantom A2 and A3). Tecno then went ahead to release the Phantom Pad mini and later the S9 which was their attempt to make an entry into the Tablet market.  Even though I cannot confirm the success of the Tablets released, I can safely say that they have successfully made an entry.

Their latest Tablet is the Tecno Phantom Pad 2 which is a slim metal body IPS tablet. The 8.5mm Tablet has a 7.85′ Display with a 4200 mAh Battery to keep it powered up.  We’ve not had a chance to play with this device but it definitely looks appealing in terms of design especially the thin bezels and the colorful display. The Battery is also a plus though we aren’t sure how it would perform with heavy usage.

Since the Tablet has recently been released, its not yet available in Uganda and we also couldn’t affirm its anticipated price or arrival date. We are however aware that its available Nigeria