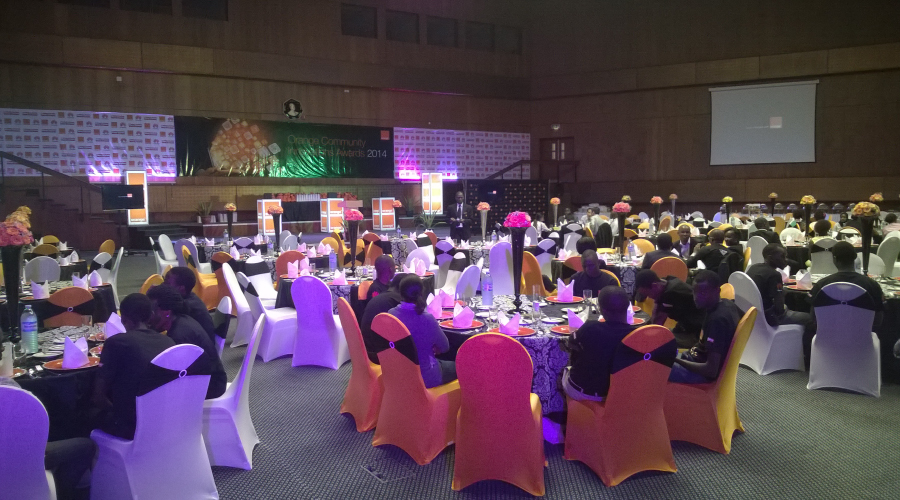 Last year the young innovators scored big, this year it’s even been nuanced. From the 28 finalists, the winner of the night was Kfree, an Android mobile app that helps in the early detection of breast cancer through plugging  an external pouch-like peripheral to a smartphone. The external device uses low-energy light to take pictures of the breast tissue. Developed by 3 Makerere University Students, Joshua Sentamu, David Tusubira and Derrick Mutabi. They said that they opted for that kind of set-up because it’s a tad cheaper than a mammogram yet performing the same breast cancer tests. On how it works; after the light is beamed through the breast, computational analyses are done to the images and results are released there and then. It follows in the foot seps of former Ugandan Imagine Cup finalists who have developed great solutions for mHealth i.e WinSenga, Matibabu and recently mDex, a sickle cell diagnosing app. Kfree won UGX 10 M and 12 months internship at Orange Uganda.

The 1st Runners-up were Kwik Study, an education app uses flash cards to simplify studying for nursery and primary schools (K12 schools, in academic parlance). The app quizzes students while enabling their teachers assess their academic progress in real time. They won UGX 5 M and 12 months internship at Orange Uganda.

The 2nd Runners-up were  Kawunyemu, an app that helps one track the concentration level of alcohol in their body, helping drivers avoid driving under the influence of alcohol. The carnage befalling traffic users in Uganda today is drink driving and this app should come in handy.They won UGX 2.5 M and 6 months internship at Orange Uganda.

The event was splendid and was graced by the sponsors and well wishers alike. Notably, Huawei gave a total of 65 Huawei Y330 Android smartphones to the finalists. Vision Group came in as media partner of Orange Uganda’s CSR, the awards organiser.

The keynote speaker of the night was Uganda’s very tech upbeat Prime Minister, Rt Hon. Amama Mbabazi. Pronounced, he shared this emotional yet inspiring story about protecting ideas of the young innovators. “In 1896,” he opened, “French Medical student Ernst Duchesne discovered Penicillin but it was until 32 years later that the discovery would be accorded to Scottish biologist Alexander Fleming.” In hindsight, Ernst’s discovery wasn’t protected and consequently he lost out on the rights of ownership. Such an unenviable predicament that shouldn’t befall any entrepreneur — especially budding ones.

Mbabazi also told the audience that the government is working towards a sustainable model to enable the youth pursue many more innovations.

Check out more quotes and event tidbits on our live events twitter handle @dignitedLive, you should consider following it too. We bring tech events live on your timeline, need I say, in real-time.