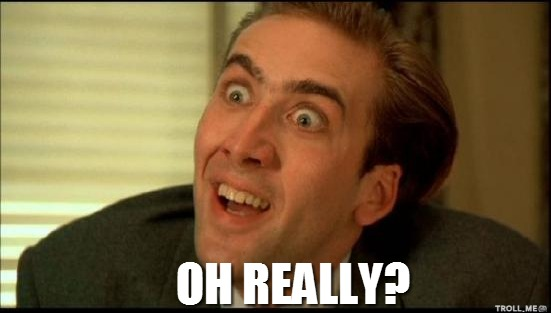 Starting my week with a rant is usually kind of unorthodox. But when I read headlines that glorify the act of Facebooking and Tweeting as innovation, then that just disorients every fiber in me.

To give a little bit of background to this whole misappropriated interpretation of [digital] innovation in Uganda, the rise of social media (another misunderstood concept) can not be overstated.

Before everyone took to Facebook and Twitter and became a “social media expert” overnight, the digital space was understood to predominantly be Mail (Yahoo) , Search (Google). Those that were savvy enough found their ways around scanty local content majorly from local newspapers such as New Vision and Monitor. That was it — at least based on my keen observations while working in a local internet cafe in Kamwokya in 2006.

Today all this has changed. Facebook changed everything — and I mean everything — about the internet in Uganda and arguably Africa. At a time when users were hungry for local content, Facebook came and filled that void with a website that can be used on literary any device, cheaply. Without spending much, you’ll be amused by memes, funny photos, latest gossip, leaked images of celebs and just about any kind of content you previously had to part with a fortune to obtain from media houses.

About 500,000 Ugandans are believed to have a Facebook account. That might include your little cat too by the way. The social site is currently the second most visited website in Uganda according to Alexa, a site that ranks websites globally.

The brands have taken note of this new trend and so have event organizers who now seek to obtain a kill from unsuspecting and untrained users. The event organizers are now glorifying whoever has the most followers/likes, tweets and Facebook posts as the new “innovators” of this digital era. Winning an award is as simple as showing any kind of vanity metrics that graces your social media channels — as long as they are bigger than everyone else and you have a known [offline] brand. The organizers or judges for that matter even seem to conveniently ignore the X-ray results such as conversion metrics of the so-called social media channels of the elevated “digital innovators”.

Within a space of just a year, about two “digital innovation” awards events have been successfully conducted and perhaps more in the pipeline. Commenting on our “digital innovation” awards, Frank who is a software developer said that “I don’t see why we should award people for using social media.” while Daniel, a blogger with Dignited said that “The godfathers of innovation must be doing a collective face palm.”.

For whatever reason, the award organizers continue to ignore home-grown products such as ClinicMaster is an integrated health care management information system that allows hospitals and health centers to keep track of their patients, processes and medical supplies or Billable, a small Enterprise Resource Planning system for law firms that computerizes the entire workflow of a law firm and many others we’ve written about here. Instead they choose to recognize whoever uses products that were never developed here in the first place even without adding substantial value and call it “innovation”.

3 thoughts on “Did we just pass “Tweeting” and “Facebooking” as Innovation?”