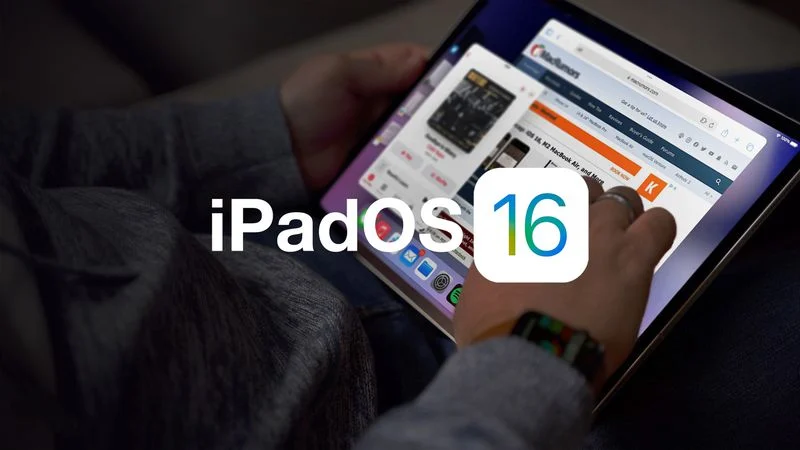 iPadOS 16 is the fourth and current significant arrival of the iPad’s OS created by Apple for its iPad line of tablet PCs. The replacement to iPadOS 15, was declared at the organization’s Worldwide Developers Conference (WWDC) on June 6, 2022, alongside iOS 16, macOS Ventura, watchOS 9, and tvOS 16.

It got various new features, improving the performance of multiple tasks and numerous different parts of the system, most outstandingly on iPads with Apple’s M1 SoC. Here are the top features from this update;

Apple has introduced a brand new Weather app to the iPad. The new application makes the most of the huge presentation and incorporates energized foundations reflecting current atmospheric conditions. Every module in the climate application can be tapped to give extra information.

Freeform is a large, whiteboard-like collaborative space where a group can all work together using tools similar to those found in Notes with different bruises and sticky notes, photos, etc. It’s an infinite space in which you use touch to drag the interface around, and pinching to zoom in and out.

Collaboration is the real-time sharing of an original document, so everyone can work on it simultaneously. It’s rather like Google Docs, but what’s neat is that you can initiate a collaboration through Messages or FaceTime directly from the share sheet. Just select Collaborate and select the conversation where you want to share it.

Reference mode is only available on the 12.9-inch iPad Pro. Pro users need accurate colors to complete their work.

Reference mode meets the color requirements in workflows like reviewing and approving color grading and compositing. Where accurate colors and consistent image quality are critical. Standalone device or using sidecar.

Stage Manager is Apple’s new multitasking interface for macOS, and it’s here on iPadOS 16 as well. The OS allows you to create workspaces with overlapping windows that you can move and resize. Then, the Stage Manager will organize your apps into different groups and move them off to the side so you can interact with your main task front and center.

For the first time, iPadOS 16 is bringing Metal 3 APIs to the iPad. Apple is looking for iPads to be gaming machines with Metal 3-enabled, hardware-accelerated 3D graphics. Additionally, Apple has a new API that allows larger asset packs to download in the background while you play the game.

Apple is rolling out a number of desktop-class apps and features system-wide on the iPad. It’s an extensive list, but some of the featured ones included Undo/Redo across the system, availability view in Calendar, and the ability to find and merge cards in Contacts. You can also change file extensions and view folder sizes in the Files app.

Finally, there are many improvements that take advantage of the M1 processor in higher-tier iPads. You can use display scaling to increase the density of pixels in the display and give you more room to work. You can also use virtual memory swap, which means you can use iPad memory as virtual RAM for up to 16 GB of virtual memory for demanding apps.

Users with the following eligible iPad models can go ahead and download iPad OS 16.1.

Apple continuously updates and patches its system software and upgrading to new versions is one of the ways to stay safe and secure from known system vulnerabilities. There are other minor features that we may have not covered in this article but these stand out. Do let us know which feature excites you from the ones we have listed.