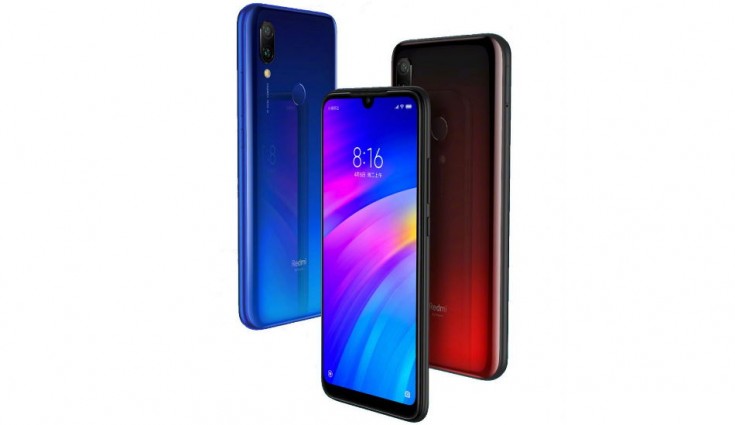 Xiaomi follows up on its word about entering the Nigeria market with two of its budget smartphone launched in Nigeria this week in partnership with Jumia. The Redmi Note 7 is a no brainer when it comes to value for money and has racked up a lot of sales in India which is a similar market to Nigeria because of the majority of budget spenders in the market. The duo is the latest in Xiaomi’s ‘Redmi’and ‘Redmi Note’ series both of which is a go-to segment for budget smartphones. However, the former offers more premium specs in comparison with the Redmi line of smartphones.

The Redmi Note 7 is going against the likes of Tecno Camon 11 Pro and Infinix Note 5 Pro in the market. Remember, both Tecno and Infinix are established brands in the Nigeria smartphone ecosystem. Nonetheless, one of the things Xiaomi is known for all these years is its ability to establish itself in new regions markets which have earned it the top 4 positions in terms of global sales.

This smartphone ticks the box in every aspect except for the bloatware which is present in smartphones from most of the competitors too. To begin with, the smartphone has a beautiful exterior covered by Corning Gorilla Glass 5 at both the front and the back. The Corning glass material provides additional protection and gives it an alluring effect. The glass build makes the smartphone shimmer and at the same time makes it a smudge magnet. At the side, you’ve got a plastic frame with a metallic coating to make the premium aesthetics look more convincing. You will be able to buy the smartphone in a variety of colours like Nebula Red, Neptune Blue and Space Black. There is a dewdrop notch at the top of the display which is quite adorable allowing the 6.3-inch display to reach the top of the smartphone.

Furthermore, the large display is combined with an FHD+ resolution backed by LCD technology. Another highlight worth mentioning is the 48MP main camera with an f/1.8 aperture and a 5MP depth sensor for more detail. To make it even better, there is AI for portrait mode, scene detection and more. Switching over to the front of the smartphone, there is a 13MP camera stashed in the dewdrop notch with HDR mode, portrait mode, and AI beautify. The 4, 000mAh battery on the smartphone assures till the end of the day use and it comes with Quick Charge 4.0 too through the USB Type-C port.

At the core of the smartphone, you will find an octa-core Qualcomm Snapdragon 660 processor alongside an Adreno 512 GPU handling business. The smartphone has a 3GB RAM with 32GB storage space built-in and the 4GB RAM model has either 64GB or 128GB internal storage. The 3GB model costs ₦58, 000 Naira while the 4GB/64GB variant goes for ₦66, 900 and at the top is the 4GB/128GB model selling for ₦75, 500.

The smartphone has a similar look with the Redmi Note 7 only that it is made of plastic and has a 6.26-inch dewdrop display with an HD+ resolution. Since this is cheaper, you can only expect that the spec has been diluted, although, the battery capacity stays the same at 4, 000mAh. That said, the dual rear camera is down to a 12MP and 2MP camera combo while there is an 8MP front-facing camera in the notch. The Redmi 7 has a less powerful Snapdragon 632 processor and a 3GB RAM space. Lastly, the 32GB storage option sells for ₦47, 500 and the 64GB variant has a ₦53, 500 price tag.

Online sales on Jumia starts officially on April 29th while offline sale at retail stores like Slot and Pointek will begin on May 6th.