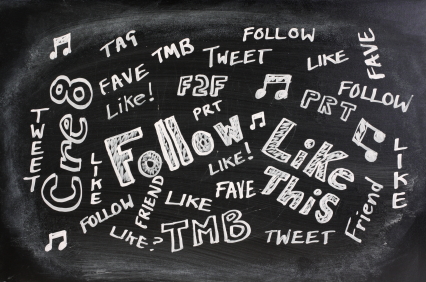 “Bt hv u tkn tym to knw wea they get them?” such is the new form of writing that graces your Facebook newsfeed any day.  One Timothy Kalyegira, the veteran journalist who started a Facebook-based newspaper is full of rage at this kind of writing that’s quickly becoming the norm on Ugandan social media.

In fact, the journalist has gone to greater lengths of banning the use of gibberish English on The Kampala Express newspaper’s Facebook page by issuing a legal notice to his readers;

The results were astonishing. Whoever is commenting on the page is taking their English a little more seriously by writing properly punctuated sentences, starting each word in upper case and ending sentences with a full stop.

But Timothy is merely tapping the tip of the iceberg.

Social Media is changing language more than ever

Social media is changing the written word globally, not just in Uganda. The use of emoticons such as 🙂 , Thx, the use of “4” rather than “for” and acronyms such as LOL (Laughing Out Loud) are highly common on social networks and even texting platforms such as SMS that pre-date social media, online forums and chat rooms. The social environments created around social networks where users communicate with their close friends and family as opposed to say their bosses on sometimes non-trivial matters propagates a mode of communication suited for this purpose and social climate.

The limitations and sometimes inconveniences created by technology also contribute to short-form kind of writing as one writer on Oxford Dictionaries states;

“When writing on social media, we are also more succinct, get to the point quicker, operate within the creative constraints of 140 characters on Twitter, or aspire to brevity with blogs.”

Users blatantly ignore spelling check alerts built into the text editors. The reason in part could be because there’s no incentive to write proper English and there’s definitely no punitive consequence that users will have to face as a result ignoring typos.

In the Ugandan scenario, however, Facebook is only a reflection of a bigger problem and more urgent among Ugandans. The heavily text-driven platform has forced everyone who’s part of it to use the written word more than anything else. The result is that we can broadly gauge the abilities and inabilities that thousands of users have when it comes to articulately expressing themselves in proper English.

Social media further reinforces the stereotypes that “Africans don’t read” and that they certainly don’t write [books] either. One blogger, Mawuna Remarque KOUTONIN from SiliconAfrica believes that the African culture is more tuned towards oral communication as opposed to the written word when explaining why African innovators should look at Oral-based platforms such as Radio;  “European culture is based on the written word, while African culture is more oral.”

However, that’s still not substantial reason enough to explain poor writing that’s widespread in Africa nor is it a solution to the problem at hand. It will be incumbent upon policy makers, educators, technologists and Innovators to create platforms and solutions that turn users into more seasoned and disciplined readers/writers. However, Facebook in fact would be a great place to start, only if Mark Zuckerberg was African and understood more pressing problems in Africa than the need for orbiting satellites and drones that will accelerate internet access.

Over half a million Ugandans and over 100 millions Africans are already on the mega social network. What better place to train better reading and writing skills especially among the young generation who constitute the majority of users than on Facebook itself? Facebook would team up with people who are passionate about solving the problem like Timothy and App developers to create fun and intuitive ways of fostering better writing. By using scores, incentives and recognition. mechanisms. Better performers will be applauded by their peers while poor ones will be mocked at by fellow peers. This could be a more effective way than plain-old rigid ways of the traditional classroom that have failed to yield better results. Perhaps, Zuck’s Internet.org project should consider this as a more urgent matter than developing a faster Facebook App for Africa.