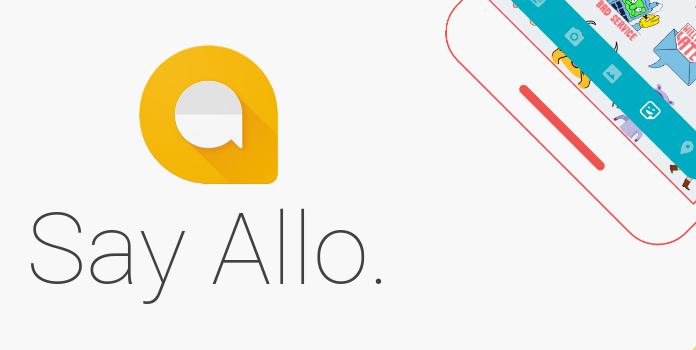 Google’s rollout of the much anticipated Allo chat app finally hit the Play Store and App store four months after its announcement in May. The app has hit is off with a roaring start, surpassing the one million download mark after just a few days. Allo joins its twin Duo launched a month ago which has so far been downloaded between 10 to 50 million times

But let’s not kid ourselves. Despite Allo and Duo’s initial warm reception, it’s evident social apps have reached saturation point among smartphone users. Especially chat apps. The sheer number of number of Google chat apps alone is mind boggling. They comprise Allo, Duo, Hangouts, Messenger and let’s not forget Spaces. Basically what Allo, Hangouts and Messenger do, Hangouts can do without a sweat. That Google would think decoupling all these features into individual apps was a good idea is beyond our understanding. We don’t see a scenario where Google’s app finally achieve critical mass adoption anytime soon. Currently users are running around like headless chicken, jumping onto whichever new app Google comes with.

Studies have shown that no matter how many apps people download onto their smartphones, they will regularly use between 3 and 5 only. The rest are later deleted when storage space becomes an issue. Now, we all know WhatsApp and Facebook take first dibs without any question. That leaves 1 to 3 apps. A browser be it Chrome, Firefox, Opera/Operamini, e.t.c. will take one more slot. the other 0 to 2 slots will be any number of apps a smartphone user personally deems important to them. With these crude statistics in mind, Allo doesn’t stand much of a chance at cracking mass adoption.

To be honest, our review of Allo’s chat capabilities ended in about 2 minutes. Allo is just your regular chat app. Its Incognito mode is basically Google-speak for Telegram’s Secret Chats and End-to-End Encryption everywhere else. At the announcement during Google I/O back in May, Google promised a number of things. Some of these promises have unfortunately not been fulfilled. The famous/infamous NSA whistle-blower Edward Snowden actually rubbished Allo for reneging on its promise not to store non-incognito messages. You can read his tweet for yourself:

What is #Allo? A Google app that records every message you ever send and makes it available to police upon request. https://t.co/EdPRC0G7Py

From our understanding, Google Allo can hold its own with the most secure chat apps out there. However Google’s decision to store unencrypted messages on its servers places private conversations within easy reach of government authorities is bizarre. Seeing how governments across the world increasingly pressure chat apps to provide user data, Allo will be a gold mine.  The reason Google gives for storing user data on its servers is for better smart replies to conversations. So for those eager to use Allo, be sure to use Incognito mode if you don’t want your government to be all up in your business.  It’s such a steep price to pay for AI-generated replies you might not even need.

Google Assistant could make it worthwhile

We got our first taste of an AI in a chat app with Telegram’s Mr.Byte bot. So if we could appreciate Mr. Byte by an independent developer, imagine Google Assistant with Alphabet’s billions. And don’t forget the gifted minions working to refine it everyday.

Google Assistant can send you daily subscriptions for weather, poems, quotes or videos. It can set timers, alarms and save/cancel appointments in your calendar. The AI can also send you news highlights and let you play games or check events/restaurants nearby. Hell, lacking a suitable chat partner, Google Assistant comes in handy. We kept ourselves supremely entertained having only a handful of friends in our contacts list. Did we say we could tell Assistant to check our email? Yep, Allo does that too in-app.

End-to-end encryption has become the by-word for chat app security since WhatsApp championed the cause. While not the first to roll out end-to-end encryption, WhatsApp’s clout meant that other big fish came on board. Allo does not automatically implement incognito mode same as Telegram. For the security-conscious, we would advise you chat in incognito mode. You can set a timer from one second to a week after which the chat is deleted completely.

we all do some impressive window acrobatics even as we chat with our besties. We have to look up some facts, check out other stuff and all that. With Allo, you do not have to leave your chat to search queries. Links to web pages open in the chat window. An in-app browser opens web pages while still in Allo including pictures and YouTube videos. After you have done it a couple of times, you notice how handy it all is.

You can get instant answers to queries like calculations in-app. You can look up country populations, capital cities, locations and Allo returns instant results. it also provides suggestions for follow up queries.

Google’s machine learning daily fine-tunes its automatic responses to provide the best replies to message prompts. Google studies a user’s chat patterns to give automatic responses as close to what they would say. Not to be creeped out by how good an AI can anticipate your replies, but it actually comes in handy. Say you are too busy to come up with an original reply. Or you just don’t feel like talking to somebody, automatic responses might help.

Google does come with some awesome stickers. They’re still only a handful but it’s a step in the right direction. Allo can increased the text font when you slide the send icon up or down. Comes in handy for emphasis. Other features include doodling in images and automatic responses to sent images.

Over the years, Google has build a certain reputation. Google is notorious for developing apps and later abandoning them. Much as we are excited about Allo and Duo, we do not yet see their end game. Google has so many similar apps and that doesn’t inspire confidence. The one positive thing to take from Allo is the awesomeness of Google Assistant. Everything else is dispensable. Maybe Allo will succeed where Hangouts failed. It sure is the best attempt Google has made at cracking the chat app algorithm. You want our advice? Don’t get too attached.