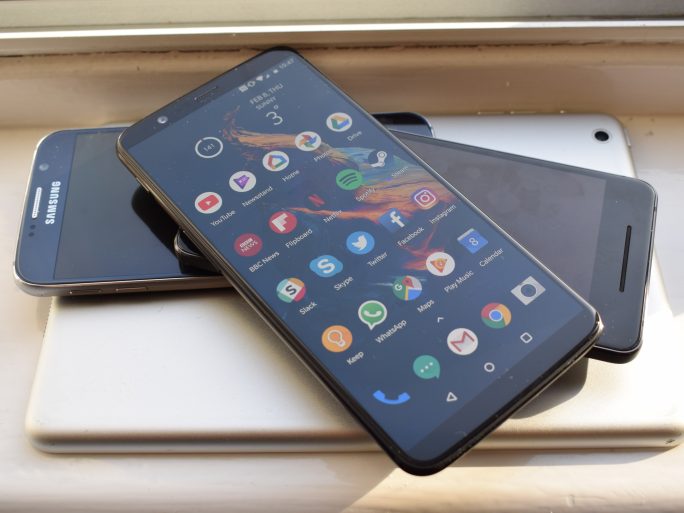 As much as we hate it, over the years, Google has found its way into virtually every aspect of our online lives. Many of their services are almost synonymous with the services they offer. How often do you hear someone say they’re going to “Search something on the web”? In contrast, how often do people say they’re going to “Google something”? That is just how dependent we’ve become on Google, and not just Google Search, almost everyone out here has a Gmail account, and let’s not forget the chunk of the smartphone industry that Android holds.

That much power in one company’s control just isn’t right. And true, Google hasn’t had much in terms of privacy and use of consumer data compared to fellow tech giant Facebook but then again, all Google services are free yet it is among the most valued companies on the face of the planet. Doesn’t take a genius to see where all the revenue comes from.

Following the Huawei ban, Huawei users seem screwed. And this could only be the beginning of these woes. Should the US-China trade war drag on, many other Chinese OEMs and their users could be out here looking for alternatives to Google’s Mobile Services. It’s time to examine some plausible alternatives to common Google services we’ve come to heavily depend on.

This is actually Possible

Important to note is that this has been tried before. An Android device without Google Services. Back in the glory days of our favorite custom ROM, CyanogenMod, this was attempted. Granted, this attempted to just switch Google’s services with Microsoft’s but the results were impressive.

The result was an Android-powered system with Cortana as the AI assistant, Bing Maps, Office built in and integrated properly, Skype integrated into the dialer, Outlook as the default email service among many other tweaks.

To many of us, this was Cyanogen’s way of “Taking Android away from Google.”

What are these Google Mobile Services (GMS)?

Google Mobile Services (GMS) is a collection of Google applications and APIs that help support functionality across devices. These apps work together to form like the ‘Google Ecosystem’. The main apps that makeup GMS include;

Some of these apps are obviously more popular than others. Some like Google Maps are simply too good to be replaced because the competition doesn’t even come close to the kind of functionality these apps offer.

Over the years we have seen many new mobile operating systems struggle to take off and then just die because of the kind of hold Android and iOS have on the market.

Luckily, Android’s codebase, while still led by Google, is open source. AOSP as it is often referred to as is free for anyone to acquire and modify to their liking. This means OEMs can still develop their own in-house operating systems based on Android with little legislative fuss.

Google search is so ubiquitous today but it is far from being the only search engine at our disposal. Microsoft’s Bing has been around for quite a while now but the one we recommend is DuckDuckGo.

DuckDuckGo is an Internet search engine that emphasizes protecting searchers’ privacy and avoiding the filter bubble of personalized search results.

Recent stats show that Chrome practically owns the web being based on the Chromium Open Source project. But many other browsers are based on Chromium too, some really good. The following could easily be worthy replacements for Chrome on your smartphone.

Our pick for the most viable alternative to Google Chrome on Android is Opera Browser. My main reason is the built-in VPN functionality. That is one less app you need on your phone.

Opera has been around for ages and the security and proficiency that comes with building good apps for that long is something many people can bank on.

Read More: Which is the best browser for your Android device?

Firefox is compatible with Android 4.1 or above devices. Extensions aren’t Firefox’s only unique contribution to mobile browsers. Its night-viewing mode web-page colors in order to minimize eye strain. There’s a robust set of privacy controls that let you block ad networks from tracking your browsing habits. Firefox has Chrome-like bookmarks, history, password, and tab syncing features.

Android’s one-stop shop for all your app needs can be a little hard to replace. Not for its impressive app collection but for the behind-the-scenes services. For instance, Google Play Protect. This is a Play Store feature that comes enabled by default on all Android devices running Google Play Services 11 or newer. It is supposed to be a real-time anti-malware scanner that will scan all apps before they are installed. It informs the user if a suspected malicious app is detected.

That said, there are dozens of third-party app stores whose primary function is to contain a bunch of apps that you would have otherwise gotten from the Play Store. They lack some of the more sophisticated conveniences of the Play Store but if apps are what you’re looking for, they have them. Our picks include the following.

Again, there are so many email clients even on the Google Play Store but one of them really does stand out. Microsoft’s Outlook for Android is a solid alternative to Gmail.

Outlook has a Focused Inbox feature that sorts emails based on importance. It also integrates directly with Microsoft’s calendar service. Yahoo Mail includes features like Travel View, more granular notification options, and themes. If you have only one email and it’s not a Gmail account, you may want to consider using the official app so you can get the most out of it.

Cloud storage is still very popular for many people. The ability to access your files from anywhere is one of the conveniences of this digital age. Google’s Drive has been around for some time now and has grown in popularity with the prevalence of Android and Gmail as they’re both tied rather well with these services.

That said, Microsoft’s solution, OneDrive is also closely tied to Microsoft’s own services; Windows and Outlook. Many people with Android phones already have Windows PCs so switching over is kinda like moving your cloud storage to your other ecosystem.

One downside though is that OneDrive offers a mere 5GB of cloud storage, a third of Google Drive’s 15GB free storage. If that is a deal breaker for you, you might want to check out MEGA. Founded by tech outlaw Kim Dotcom, the service’s free tier offers a rather generous 50GB free storage and tied to a very complex encryption system that is so hard to crack that even MEGA won’t help you should you lose your Password.

Honorable mentions go to Dropbox and Box.com, services that are kinda geared towards corporates but still prove impressive solutions for your cloud storage needs.

As mentioned earlier, some Google Mobile Services are class-leading and alternatives don’t even come close. Google Maps is one such service. So good are Google Maps that even automakers are making it their vehicles’ default navigation systems.

That said, Bing Maps and Apple Maps could be considered alternatives. But you will loose many of Google’s new AI features and needless to say, navigation outside any major towns is going to be a nightmare for many of these services.

YouTube has grown to be almost synonymous with online video streaming. It boasts of millions of content creators and their constant experiments and innovation with new services has driven the market for many years. Alternatives will of course lack most of these services we’re all used to but they do exist so here are some viable alternatives.

Google is pretty much the internet as we know it. Google’s Mobile Services are just as indispensable as Google is to the internet. The biggest advantage of using these services is the ecosystem they create. You only need one Google account to access everything from YouTube to Gmail, Maps and Docs and everything in between. Ditching GMS means breaking this ecosystem and getting comfortable with your data spewed across a bunch of different services. A little inconveniencing but still very doable.

Did we miss something? What alternatives to Google’s Mobile Services would you have gone for? Talk to us in the comment section below.