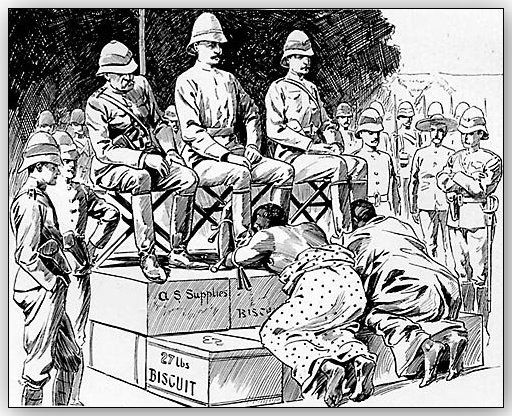 Africa is experiencing a digital storm and is increasingly going to become even more apparent in the coming years. Think about how many users will join Facebook, how many will tweet and post photos on Instagram from Africa?

These digital platforms are going to become the new norm of how we communicate and express ourselves. Given the ever-increasing presence of smart devices of all shapes and sizes at minimal cost, information flow is going to triple or even quadruple in the next 10 years.

Already unlimited (free) cloud storage is becoming the in-thing thanks to providers like Hive and more recently Microsoft (through OneDrive).

Mobile phones are becoming faster than your good-old desktop PC now that we talk of quadcore phones with > 2GHz CPUs and RAM of more than 1GB. On the desktop front, Intel is pushing the limits of its Chips and we shall see a new breed of Intel’s 14 nanometer fifth-generation Core processors dubbed Broadwell going commercial next year.

Networks too are getting faster. Researchers this week found a way of pushing the the world’s internet traffic in a single optic strand when they achieved about 255Tbps speeds. Bundle these speeds in the core network infrastructure of your ISP with last mile networks like 4G LTE (100Mbps) and soon Gigabit wireless networks (5G) coming by 2020. Open this page will feel faster than blinking of your eyelids.

Therefore the infrastructure is getting ready for prime time. But African developers must ready their Applications too and not let western companies such as Facebook have their lunch money.

Developers must understand that the Internet is a global infrastructure that respects no geographical boundaries. It has no market limits. That is why Facebook operated in the US is making money off likes-hungry brands in Uganda without having physical market presence in the country.

More stringent countries like China and Russia have protected their local products by blocking the like of Google and Facebook from their countries. Local Chinese search engine Baidu now has more than 80% of the market in China while Yandex in Russia has more than 70% of the local market. The Chinese Facebook is called RenRen and the Russian Facebook is Vkontakte. The Chinese version of twitter is called Sina Weibo. Of course the west has labelled them as being undemocratic, communist or whatever you call it. But these countries largely act within their own interests.

However, African countries are not about to take the China and Russia route. Therefore you the developer are a small fish swimming with the sharks and maybe dining with digital vampires.

These companies are colonizing Africa once again. This time, they are not taking land or natural resources as it was in the last century. This time it’s more stealth and even more dangerous. Future wars will be digital as this article on SiliconAfrica puts it;

The same article quotes Chris Uwaje, also Known as the Oracle of the Nigerian IT Industry as saying;

“[it’s] predicted that the digital colonization issue will one day become the critical heart of the matter in the emerging information society, warning that sooner or later, the entire life, culture and sovereignty of a nation and her citizenry may be unwittingly traded off and taken over by IT-smart, powerful and knowledge-centered information forces around the globe”

This is happening. If you think am kidding, ask yourself how many websites are hosted within Uganda for instance. Ask how many users are signed up on Facebook and then ask which are the top 5 most popular sites in Uganda or any other African country.

The results are revealing and self-explanatory. We are already being digitally colonized. This has resulted in the export of data to foreign companies who now know more about Africa than native governments do about their own citizens as this article on SiliconAfrican puts is;

“When it comes to information about people, Google knows more about the life of the citizens of India or Kenya than the governments of India and Kenya will ever know. In one single click, they could have a picture of what a whole country is thinking, working on, hoping for, worried about, etc.”

Why is all this happening? Because our elite army of coders and designers are deep in their slumber. They are intimidated by the sheer size and prowess of western companies. They think they are not innovative enough. Perhaps they don’t believe their new innovations can take on the likes of Facebook.

Wake up Ye sleepy developers. No one can save us, but you.

This is your home ground. This is your kraal. How do you let another from outside come and take on your house, your birthright, your heritage, your possession? Isn’t that insane? Is that how the Hippos behave when another encroaches on their territory?

Wake up and use your God-given talents and build the Facebook’s of Africa. Wake up and extract ideas from the goldmine of your imagination and solve Africa’s biggest problems. You’re the ones who understand what the hell HTML, Javascript, CSS, Mysql, PHP, and God know what are. Not the politicians in parliament or even the businessmen in KikKubo. Don’t just sit there and whine or wait for a never coming job.

Do Something. Today. Now.